Part of me didn't think it would take this long to 'bounce back'. I figured when doctors said 4-6 weeks that meant 4-6 weeks for normal people, people who don't derive joy from suffering like me. That I would be back to commuting every day by the three week mark, and normal by 6 weeks in.
But over the course of the last 36 days I've come to realize that this really is as great of a 'reset' as I was warned it would be, it hasn't been 6 weeks till normal, but 6 weeks until I am able to eek out 2 commutes a week, TWO. And that much is tiring and kinda hard. I tried to push on my way home Thursday and it felt like hitting a brick wall, I didn't go faster, it just hurt more.
BUT don't feel bad for me, because as my body has been slow to come around, my mind has been much faster to process and deal with the initial grief, and now 'mountain to climb' of this setback. I know it will be a long long road to get back to where I want to be, which may not mean ever achieving the speed and power I had right before all this, and I've kinda settled in for the long haul.
The only hard part now is fearing that I like the sedentary life a little TOO much sometimes. Don't worry though, as soon as I get back on my bike in the pitch black at 5:30 to ride to XC practice I remember why I like the fast life too :)

Some real talk tidbits from the last couple weeks.

It was a no-brainer that this would happen and theoretically avoidable, but ceasing to ride my bike 30 hours a week and continuing to eat as if I was has finally caught up with me, and my clothes are getting very very tight, haha. I am terrible at counting calories and watching what I eat because that just makes me think about food all the time, which makes me hungrier than I should be. I've not been thinking much 'race weight' or power to weight ratios or any of that nonsense since I got back from Costa Rica, and while it's been freeing to not worry about how my weight will affect performance, it is a little tiny bit scary to think about how I need to be careful if I DO want to train and race again. I'm sure when I start riding more it'll balance itself out, but in the mean time, I may need to buy new pants :)

I've replaced one obsession involving wheels with another, because now I spend every waking minute thinking about throwing pottery on the wheel. Pottery has invaded every corner of our lives, clay is all over the car, on the kitchen table, in my classroom, and last night I was carving on a cup IN BED! hahahaha. Addictive personality I guess. It's been nice to fill the cycling void with something I love that I haven't had time for in the past 6 years because of bikes. I even made a bunch of Christmas presents for people, but sadly the studio I've been going to is crazy slow at firing stuff in the kiln, so most of them wont be ready until January :( 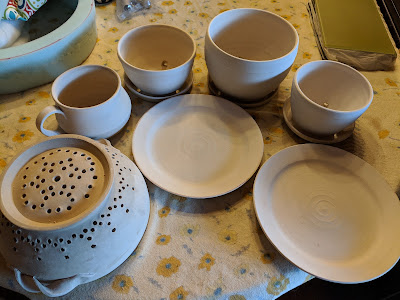 And lastly for now, real talk that I am so confused about... I mentioned a lot last year that I wanted to retire and try to start a family in 2019, and we are mostly on board for that plan. But to be honest there is still a big part of me that wants to race bikes next summer, especially when I think about specific races. I feel so torn when I get interviewed these days because if I say I'm retiring to have kids and then I end up racing that's going to be weird, and if I say I'm committed to racing I feel like a liar because I kinda really want kids.. Anyway, in the grand scheme of things it doesn't really matter, I know, but a ton of the people who follow me on social media (fans dare I say) do so because of my race results and all that hoopla, and I will be honest, I am scared to loose that. Again, I know it doesn't matter in the really big picture of life, having fans isn't nearly as important as living the life I want and doing what makes me happy, but the real talk honest truth is that it feels a little like the one thing that made me special and noteworthy is gone and I'm going back to being a normal person. This may sound crazy, but I'm just being honest. The more time that passes, the more OK I am with loosing my epic adventure riding, bike racing notoriety and I do know that who I am as a person is more important than how many followers I have, so here's to focusing on what makes you happy, on riding bikes, or not riding bikes because you love it, and enjoying whatever life throws at you. 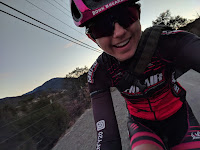 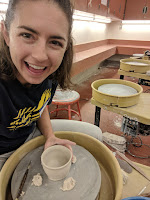