Leadville100: All the Fun All the Time! 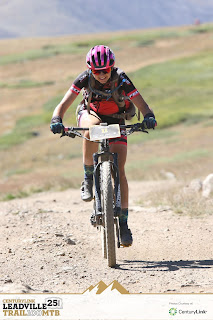 It’s no secret that I am super socially awkward, so I had no idea he was joking when Jeremiah Bishop asked me if I had ‘done this race before’ at the start like of the Leadville MTB100 this year. I laughed and continued to fidget awkwardly on the front row of Gold corral (the first staging group of the race). Singing Bohemian Rhapsody and practicing my bike tricks before the start helped set the tone of my race, one of having fun and not taking myself or the pressure to defend too seriously. I learned this year that I preform better when I come from a place of joy rather than any other emotion, so I wanted the race to be a big party, playing bikes with 1500 friends from every state and 35 countries!

The start was WAY faster this year than last, after I attacked from the line to ‘win’ the first 15 seconds of the race (I know the serious guys prob thought I was an idiot haha) the boys quickly took over and drilled the pace down the 3 miles of pavement, until I was spunout and started loosing positions. Last year coach had instructed me to burn matches to stay on the front, esp if there were other women there. This year I was going to pace myself better in hopes of a faster finish time, but that meant I fell back pretty far into the swarm of dudes. When we hit the dirt at the base of the first climb I was surrounded by agro not-quite-fast enough dudes who got super cursy/mean to each other when a few made mistakes and had to jump off their bikes to run. I laid down the law, telling way too serious tandom duo to chill and instructing the whole group to relax and be nice, as it’s just a bike race, you know, like a good teacher 😊

At the top of St Kevins, that first climb, I was crazy stoked to look around and see Robert and Brian, JUST like last year. We descended the road together as I forced myself to eat a Macchiato Bonk Breaker bar (it’s hard when you still have oatmeal in your belly, but eating early and often is so important in super long races).

I pulled the group up Sugarloaf, the second climb, again JUST like last year since only one of the dudes in our group was willing to do any work, with Robert on my wheel keeping my pace in check. Thank God for that boy, I see an uphill and all I want to do is dig deep into the depths of my engine, but Robert reeled me back in a few times, reminding me to pace myself which prob saved my arse on Columbine. 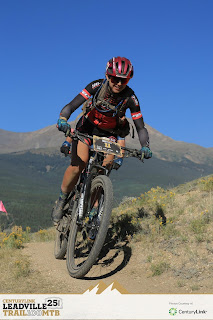 On the Powerline descent I caught myself apologizing to the dudes behind me a few times and changed my mantra from ‘Sorry!’ to ‘I’m a bad-ass, I’m not holding anyone up! Shred on sister!’ And before I knew it we were through the first official aid station at Pipeline with a solid group of about 8. After digging a handful of BonkBreaker chews out of my pack I sat up and looked around to find myself surrounded by dudes from Orange County!!! How freaking crazy is that!? I go all the way to CO to race the highest race in the country just to ride with bros from the ocean! And you damn well know I started telling jokes because the pace was chill enough for me to breathe.
This is the perfect time to explain why my time was slower this year/strategy/some more technical aspects of the race. Leadville is a unique mtb event because despite having over 10,000ft of climbing, there is also A LOT of flat road riding and fire roads where drafting is crucial. The crazy pace at the beginning (probably initiated by world champion Alban Lakata) coupled with my decision to pace myself rather than go into the red in the first 20 minutes meant I was riding with the dudes in 40-50 place after the first climb, whereas last year I was with 25-30th. Because I was with slower dudes, and since drafting is so important, I had to make the conscious decision on the road to stay with the group this year even though they weren’t going as hard as I wanted. If I had ridden off the front I would have just burned myself up and blown up on Columbine, so the slower pace was a casualty of tactics. In this race in particular I had to weigh a fast finish time against winning, and to be totally honest I think there was still fatigue in my legs from the 100 miles I raced the weekend before, so at the end of the day a win was more important than trying to set a PR, because that could have resulted in implosion.
When we got to the base of Columbine my favorite bike industry goon Yuri handed me two birthday cake Gu’s and I sucked those bad boys down so fast I almost didn’t taste their incredible Funfetti flavor! In what simultaneously felt like seconds and a lifetime I climbed the 3,000ft up Columbine Mine fireroad, catching and passing a few dudes along the way. At the top I focused on survival, and was proud to pedal the whole top section (LOTS of people walk most of the last 2 miles, including the dude right in front of me which motivated me like crazy to ride the whole thing).

The trip down Columbine was longer than I expected, but I was having a BLAST cheering for everyone. I just felt bad that I only had a split second to cheer for each racer, and I wanted to be as encouraging as possible, but lacked the creativity to make everyone laugh or to distract them from the pain.

After Columbine it was all business trying to figure out a plan. I was with Rob McGee, a rad OC dude whose step son was on the middle school team I coach! Just the two of us was less than ideal, but we did what we could to the base of powerline, and then I settled into my own survival pace again. Looking up Powerline, this insanely steep DG climb with a fun rut down the middle of it, I saw 5-6 dudes hiking. You know this made me want to ride it even more, so I focused on staying upright and crawled up the hill thinking the WHOLE time about how the Santa Ana mountains (my training grounds for the last 6 years which burned down last week) prepared me for that very moment. Near the top Pizza man gave me a push and I was beyond stoked to only have 3,000ish more feet of climbing left!

Crushing the Sugarloaf descent was one of my favorite parts of the race, because my Edict absolutely destroys bumpy, rocky descents, I passed a dude descending (I used to GET PASSED by dudes!) and I was SO STOKED on my Kenda tire/DT Swiss wheel combo! No flats or wheel problems all summer!? HOW, just how?! Esp if you know how hard I ride my bike!

The rest of the race was a mix of passing dudes, eating, drinking Bonk Breaker hydration mix and thinking about how much better I felt than last year at the end. Rolling onto the pavment back into town I was ALONE, like no one in sight behind me. I was a little stressed about not knowing how far back 2nd place was, but I kinda actively didn’t seek out that info all day because I wanted to race MY OWN race, not dependent on what anyone else was doing. As I cruised up ‘boulevard’ the final 2 mile false flat I was stoked to still feel ok, and savored every minute of the moto escort back to town. I let Rob catch and pass me so I could cross the line alone and immediately hugged the living daylights out of my Edict for delivering a second Leadville100 victory!

And then Brendan Connors surprised me with a turquoise necklace anniversary present because it was our 6th wedding anniversary!

Literally JUST a play by play, I know, more on my thoughts, emotions, bike spec, nutrition plan etc tomorrow (promise, it's already written, just didn't want this to be too long). 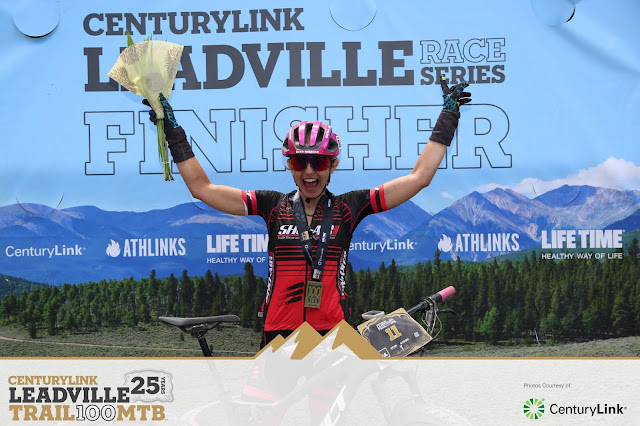