Random Thoughts for a Thursday 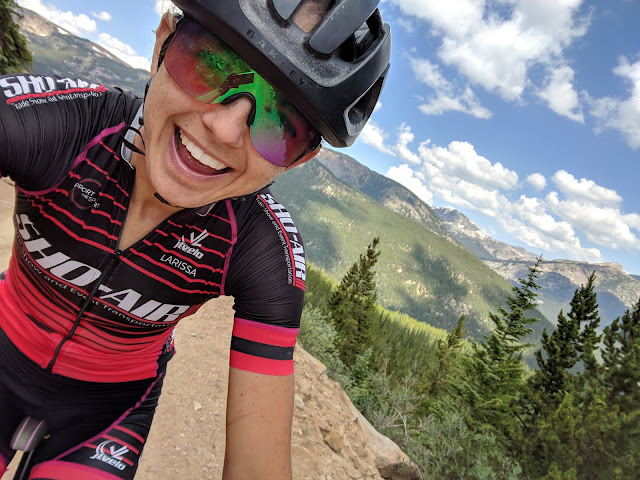 I've been in Leadville for the past week working my booty off at recovering from the madness of last week. While I'm normally the one with endless amounts of energy, this week has definitely been slower paced, with a few naps, shorter than normal rides and lots of squeezing my legs in the Elevated Legs (aka personal masseuse :) I'm giving recovery everything I've got, and feeling good about heading to Breck 100 this Saturday.

After chatting with Sonya Looney (eeek!) earlier this week I've had some thoughts floating around in my mind, thoughts I want to record, share, maybe even get outside opinions on.

On Ultra Endurance Racing- I think the biggest takeaway from Tatanka last weekend for me was that, although we don't have world cup level competition at these events, it is still a big deal to win one of these races, which means I should stop selling myself short.                                        One of the things Sonya said to me that really stuck was that if I am thinking 'well there wasn't any competition there' about when other athletes boast of winning events then I'm probably doing that to myself as well. It's all relative, all of it at any event. So what that there was no one else there, did they/I push themselves to be their personal best? Then good freaking job! You rock! Don't poo po on that success, celebrate the crap out of it!                            As part of my personal growth as a human and athlete I'm learning (I would like to say learned, but I think I will always be working on doing better at this) that other women's success doesn't take away from mine, so celebrating them is WAY more productive than thinking 'oh, there wasn't anyone else there' or 'the field was so small, that win isn't really impressive'. Yes, I have had these thoughts in the past. I am not proud about it, and I realize how shitty this sounds, but I'm being real here, so don't judge too hard.
At Rebecca Rusch's Gold Rusch Tour at Sea Otter a few years ago one of the panelists said something to the effect of 'you'll loose more races than you will win in your career, so learn how to be happy even when you don't win' and I think celebrating the success of others is one of the best ways to focus on something positive rather than getting super bummed and beating yourself up after a less than stellar performance. I am still not always good at this, obviously, but this is what I want to be better at.

And in the lens of ultra races, yeah the field was small at Tatanka, but part of that is because not many people are capable of doing such a grueling race! I barely finished, I pushed myself past what I thought was possible physically and mentally, I should be proud of the win and not poo po-ing it because the field was so small!
So yeah, some honesty, personal growth/goals, and thoughts that have been on my mind as I recover like a banshee.

And now it's time to eat, squeeze the legs and go back to sleep :)