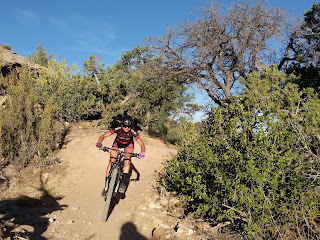 As you probably know from my social media, last week I spent a few days in Moab working on a little filming project. Although I know just about everyone on the planet was wondering WHAT HE HECK ARE YOU DOING RIDING IN MOAB IN JUNE!?! I'm not going to lie, it was fun as heck! And even though temps hovered around 100F when I was there, the arid desert and gentle breezes made it not seem so terrible! Throw in a freaking rad filming crew and some shreddy partners in crime, plus a huge helping of Trail Truffles and I'd say it was one of those unexpected experiences of a lifetime!
Below: A recap of some things I learned this past week, and a bunch of pics from one of the most stunning places I've had the pleasure to ride.
Thing I learned #1 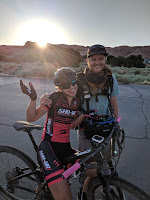 Well I kinda already knew this, but my biggest takeaway from the week was that I want to work on being a better listener. I get super amped and excited and stoked, but sometimes, slowing down and listening, pausing after someone talks to really hear what they say, that's what I want to be better at in life! I learned this mostly from the sound guy Chris, who was telling me how his autistic brother taught him this lesson. The crew was made up of a bunch of random duders and everyone, from the director to the BLM consultant all had cool stories and insights. I learned so much from being around a different crowd (other than just bike racers).

When I showed up for my 6am call time on Thursday the first thing that I noticed was this gorgeous red Felt compulsion. The still photographer John has been riding this beauty of a bike that Brendan designed and I just felt giddy with excitement when I saw it in the wild :) 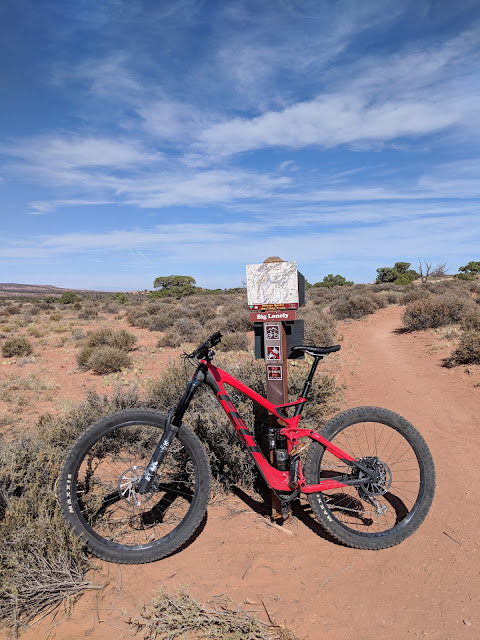 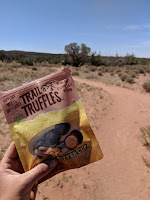 The male 'talent' Casey was a rad dude who used to do the types of races I do now, and also started his own energy food company Trail Truffles. These things pretty much blew my mind because they are freaking delicious, and just like eating candy on the trail except they are sweetened with Dates making them full of nutrients like potassium to stave off cramps! The truffles are little cocoa flavored date balls stuffed with coconut or peanut butter or some other amazing snack. Serious game changer when it comes to on the bike nutrition! 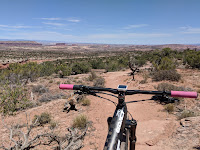 The heat isn't that bad if you manage your effort, and stay hydrated. I was anxious about shooting outdoors all day in Moab during the hottest time of year, but I pounded water, Gatorade and electrolyte tabs, and even though it was a sweaty week, I was never really miserable. Before I would have said DON'T go to Moab in June, now I feel like I would prob do it again!

Thing I learned #3
Lots of lingo. I learned that 'make shapes' is photographer speak for, look like you are trying hard, really point those elbows, lean that bike! 'Sending a chin fax' is code for turning on and off my microphone, 'outro' is the opposite of an intro, 'slate' is when they clap that little film whiteboard thing to start a segment, ... ok, not THAT much lingo, but it was fun hearing all the film guys talk in their technical jargon and feeling like an outsider :) On Thursday, my first day of filming I felt like a total newbie, incompetent fool, but by the end of the day Friday I felt like a gosh darn pro! It was one of those experiences like laying tile, where I was frustrated that I wasted a whole day Thursday floundering and was kicking myself that I couldn't go back in time an start fresh knowing what I knew at the end of the week.

Thing I learned #4
6am call times may seem terrible but they are the best thing ever! the air was pleasant, almost cool in the am, and the light was glorious. After shooting stills, while Casey was filming I would go pre-ride my next section of trail and bask in the incredible early morning light in the desert. I highly recommend riding in the early morning in Moab, its pretty special. 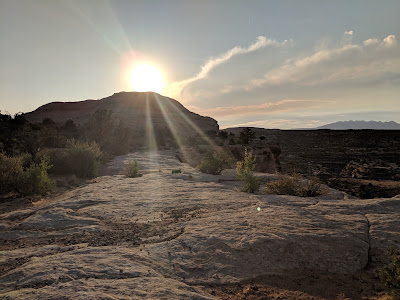 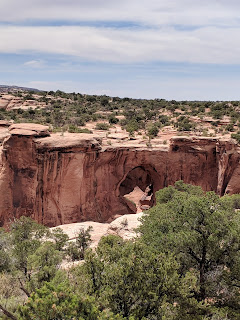 On Friday after I was done filming I decided to ride back to the house via Goldbar rim trail. It was freaking hard, hot and WAY longer than I expected. Along the way I saw Gemini Bridges arch, some awesome rock formations, ran out of water, rode a trail down to the Colorado river that was WAY too technical for my fatigue level, and got SUPER salty. 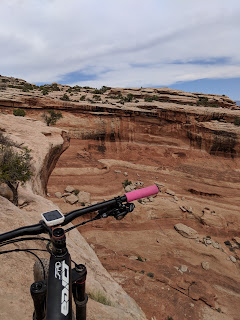 And on Saturday, after one more 6am morning, followed by filming some REALLY rad footy on Slickrock trail, the team all went to brunch and got all nostalgic and sad that it was over... It was really quite sappy and nice :)