Holy heck this race was fun!
Imagine picking three of your favorite trails and stringing them together to make a sweet route that you would normally ride on any given weekend and then racing that route with a couple hundred rad people. Yeah, it was pretty great, and the best part is that racing means no stopping which is my favorite!
The Grizzly 100 was the last race in the National Ultra Endurance series. At 60 miles it wasn't the longest race I did all year, but it was pretty tough.
We started in the Village in Big Bear and immediately climbed up to 8,000 to Grandview point , which as it sounds, has a grand view. The boys went out WAY too fast, so after about 2 minutes of me thinking I could keep up, I admitted defeat and settled into a pace I knew was more sustainable over the course of the race. When we got to the top of the first descent I got stuck behind some dudes who did not know how to ride a bike down a hill (like coached warned me not to do) but I figured their snails pace was keeping me from killing myself on the crazy steep and loose 7 oaks trail.
At the bottom a group of about 5 had formed and we tore up the fire road to the start of one of my all time favorite trails, SART. This trail is a net downhill trail, about 10 miles long with a ton of little punch climbs in it. There are tons of crazy exposed sections where you could fall off a cliff and lots of screaming fast flowy bits that always remind me why I love mountain biking so much.
Despite SART being one of my favorites, I was having a really hard time finding my mojo on Saturday, so it was a bit frustrating feeling slow and sloppy on a trail I know how to shred. I also had to pee so so bad but refused to stop since it was a race, but that made it crazy hard to concentrate, haha. I felt confident though, that the gap I had a the beginning only grew across SART, so that was a good feeling. 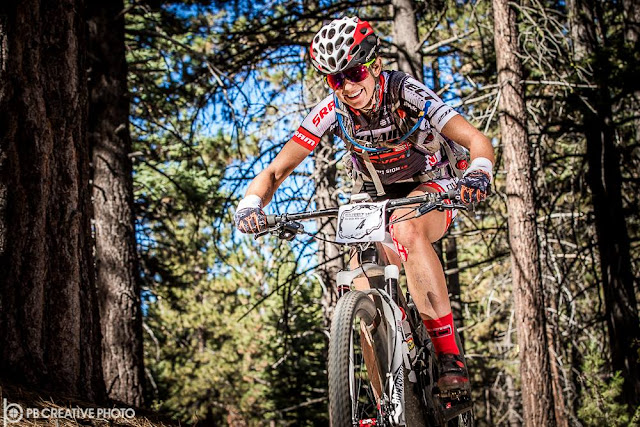 After SART the course took us up a 3,000ft climb called Radford. This climb came around the halfway point and is the portion of the race everyone dreads. Somehow I blinked and the climb was over though... which is pretty lucky I guess! During the hour I spent ascending I saw Clif pro team rider Menso fixing a flat and I passed 8 dudes who went out too hard earlier in the day. Those 8 dudes would never catch me, but Menso did which was kinda cool because we got to ride together.
At the top of Radford we tore down some singletrack and the had another much shorter fire road climb to the start of Skyline trail. I had thought Chase, the woman I was most scared of, was right behind me on Radford, because I looked back at one point and was CERTAIN I saw her. So I rode hard up Radford and the next fire road climb. I hoped I could gain time on the descents, but was pretty afraid that if I let up on the climbs I would get caught.
When I rolled onto Skyline trail though I was already pretty beat and we had something like 18 more miles of racing to go! The Edict is crazy fun to race though, and made Skyline a little easier than when I have raced it on a hardtail in the past, and the miles slowly ticked by. Eventually Menso caught me so I had company to follow and chat with. And then I dropped my chain and menso and some other dude we caught took off, leaving me alone with my fear of getting caught and crazy tired legs. The last 10 miles felt like 50, especially since every turn resulted in another uphill in sand, but eventually I turned onto Knickerbocker fire road and knew the all downhill from here portion was all that lay ahead.
After the race we had a great time hanging out with the SoCal mtb community, eating some crazy good sandwhiches (thanks erin!!!!) and then Brendan and I rode Hannah Flats trail, ending right as it got dark! Pretty much the perfect day :) 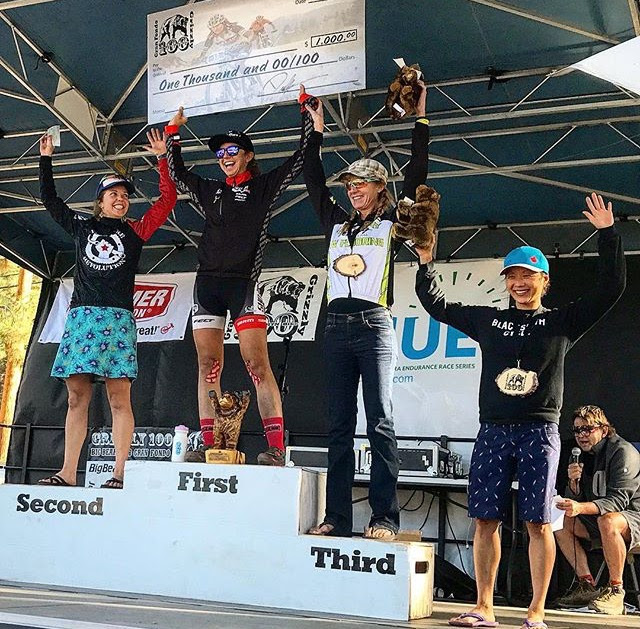 Thanks Bear Valley Bikes for hosting the best end to the season ever! Now it's time to do some exploring and crazy off season adventuring!!