I had no expectations on the flight to Minnesota for the Lutsen 99er last weekend. The only thing that came to mind when I thought about the race in the weeks leading up to it were flannel and lumberjacks (not even sure if that's accurate), and a bit of excitement around the idea of driving through Duluth, MN on the way from the airport to the race (Brendan's family always sings a drinking song with a verse 'the worstest place I've even been is Duluth Minnesota'). 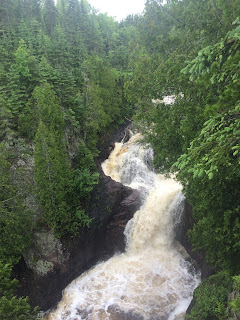 My uncle had told me last June how amazing Minnesota was, especially Gran Marais, the town 20 miles north of Lutsen where my cousin lives. He traveled there to visit last year and my cousin, who does not race bikes, raced the 69er and finished on the podium... like a stud. Even still, I didn't think to much about it, after all my previous bike race travels were almost exclusively west of the Rockies, leading me to believe all the good states were in the left half of the country.
All these low expectations, and we were overwhelmed with how awesome Minnesota was/is! From the green rolling hills, endless waterfalls, lakeside towns that feel coastal to the incredible food and super crazy nice people, I think MN has landed a place in my heart.

Some of the highlights of our WAY TOO SHORT trip included... 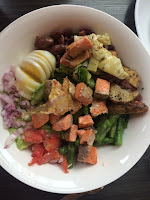 A stop in Duluth on both the way from and back to the airport in Minneapolis. Duluth is super cute, with tons of industrial era buildings nestled right in a modern pretty city. There is an adorable main street where Brendan ate a breakfast pizza (the boy likes to try new things, haha) and I had an awesome bagel sandwich on our way north, and a beautiful waterfront lined with restaurants where we stumbled upon a gem of an Italian place on the way home and dined with a great view of the lake. (Lark o' the Lake was our breakfast stop, super nice people, great food, bottomless coffee... swoon. And Va Bene was our dinner stop on the return trip.)

We sadly didn't stay long enough to take any, but I was super impressed with the crazy number of classes offered by the Gran Marais community center, with everything from pastry making to bird watching to musket building classes. You could even take a house frame building class for $7,000 and they basically give you the lumber and help you start building your house!  I wanted to take almost every class in the booklet, but that would take years! 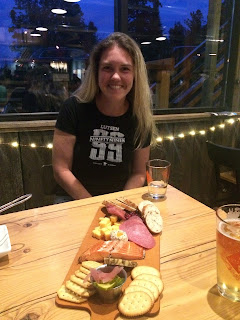 After the race my cousin Casey took us to Voyageur Brewery where she works and we had the most delicious cheese curds I've ever eaten. We ate them so fast I didn't have time to take a picture. The food everywhere we went was amazing. The following morning we had to stop at the donut shop called World's Best Donuts and I think they really might be the worlds best. I've never had a donut that was so crispy on the outside and soft on the inside, didn't taste at all like oil and also wasn't overly sweet! How the heck do they do it!? Bonus points for the awesome coffee, and lakeside atmosphere. We burned off some of the donuts we ate (I may have eaten 3... one for every 22 miles I rode the day before!) by exploring Artist's Point and then hiking to another incredible waterfall. I think we got super lucky because the rain that was lingering in the air kept the mosquitos down and the temperature was absolutely perfect. 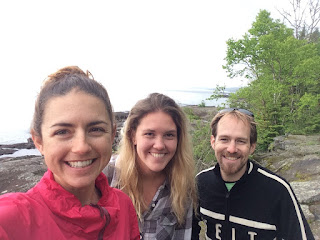 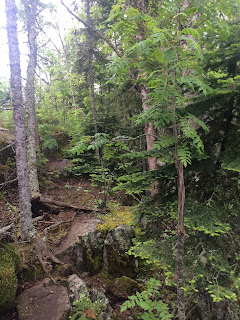 Another highlight of the trip was just the fact that everyone in the state of MN seems to be super crazy unbelievably friendly. From people overhearing our questions and giving us advice in the airport, to the waiter who explained why the song may have said Duluth is the worst place, everyone was genuinely friendly. The dudes I was riding with during the race said encouraging things to literally every person we passed as the different route traffic piled up, no one ever got mad at another rider for being in the way (SO unlike CA). It was awesome being in a place where people are so nice to each other, kinda made me realize how harsh CA can be.

And of course, the reason we went in the first place, to secure my spot at Leadville at the 99er turned out to be an awesome race experience I wont soon forget. Thanks Lutsen 99er team for putting on such a great event in a place I might have never otherwise gone to visit. So stoked we got out to MN for the race and to experience what a rad state Minnesota is! 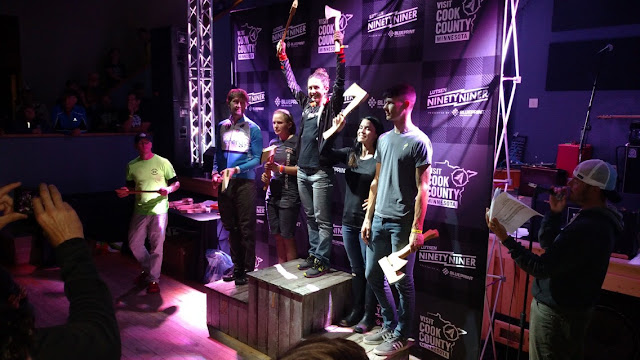 Oh and I almost forgot, thanks to the crazy friendly guys at Continental Bike and Ski for helping me with a more complicated than anticipated tire swap on Friday morning! Running the mud tires was clutch and we couldn't have done it without all the help! 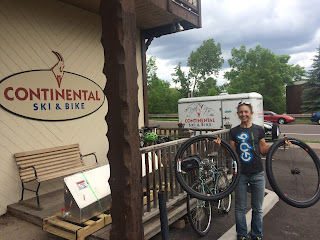