Southwest Utah is my current favorite part of the country. I still don't feel like I've traveled enough to have seen all the good corners of the US, but for now I am obsessing with and wanting to return to the Utah desert (this summer I was obsessed with Vermont, and in the past Colorado's Rocky mountains, Montana's Bitterroots and Idaho's Snake River have all captured a place in my heart).

Last Sunday night (well 2 Sunday's ago now) I drove to a Boon docking spot (basically a loop of gravel road where it is ok to camp for free) just east of Capital Reef National Park and spent the night freaking about about the van tipping over from the wind! The wind howled and the van shook and without Brendan there to assure me that all would be fine my heart raced because I was certain that the wind was strong enough to do me in.

Then after about 4 hours of real sleep I woke up, made oatmeal and van coffee with the camp stove, and then set off for first the visitor's center and then Grand Wash for a short hike. I've heard this is the least visited national park in Utah, so I was surprised to see about 20 people hiking in the Grand Wash, and more along the trail to Cassidy Arch. I combined these two small hikes, plus a quick detour to a higher look out to make 10 miles of hiking/running. The wash was impressive (and dry thank God), but the arch was the coolest part of the hike. I had no idea Butch Cassidy was a real person before this trip, and thinking about him hiding out under the arch was pretty cool. The scenery was pretty great the whole hike, lots of red and white rocks, beautiful green shrubs and a flawless blue sky. I found it strange at first when all the other hikers I came across were wearing long pants and jackets, but realized around 10am that I was the weirdo in shorts and a tee shirt because the temps never rose above 50 degrees like I had expected they would. 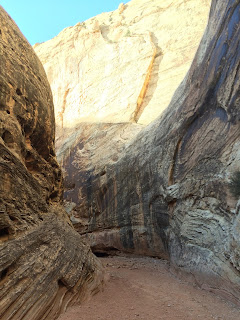 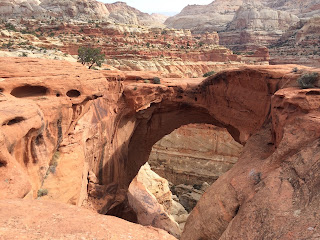 Cassidy Arch on the left and the Wash from it's floor on the right. 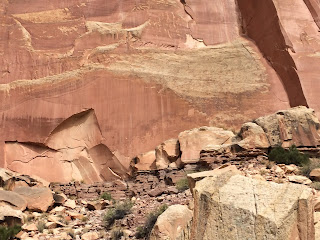 After the hike there were petroglyphs to check out, U-pick apples to pick and apple pie to devour at the Gifford house. The park is pretty spectacular because it's in what they called a Waterpocket Fold, so even though you are in the desert there is this crazy valley (or fold) full of lush greenery, fruit trees and an old Mormon settlement. I could have spent a week there, hiking all the trails and soaking up the beauty but after I finished inhaling an entire pie to myself because off season and 10 mile hike/run, I jumped back on the hwy to drive up to Salt Lake City to visit Taryn-dactyl. Funny story, Taryn was driving up from Southwestern Utah as well from a weekend of backpacking and looking at Native American ruins, and she ate pie at the Gifford house about half an hour after I was there! We didn't have cell reception or it would have been an awesome rendezvous!

And since I'm so far behind on everything I'm going to press on and include the rest of the trip! 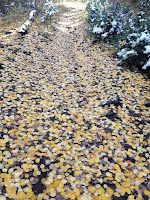 The purpose of my visit to SLC was two fold, I wanted to see Taryn, and I also wanted to ride my bike in Park City on hero dirt under a canopy of Aspen trees in all their fall glory. Unfortunately riding 318 miles the week before resulted in me coming down with a head cold, so that was less than ideal, but Taryn and I still rode 20 miles in the most perfect Park City wonderland of conditions on Tuesday. There was even snow on the evergreen trees due to a freak Oct snow storm. Between glowing yellow groves of Aspens, we would wind our way through dense dark sections of pines, and in some places the confetti like Aspen leaves on the ground and snowy pine trees were absolutely breath taking. Our ride was the perfect combination of cruising, flying down amazing Park City single track, and stopping to take pictures... until the sun started setting and it dropped below 40 degrees!!! 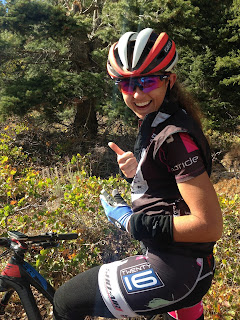 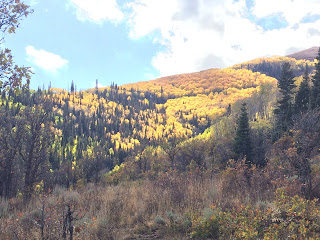 Big time bucket list item checked off on this trip: seeing the Aspens during the fall when they are glowing fiery yellow and red! And double bonus was getting caught in a snow storm on Wednesday, when Taryn and I drove up Big Cottonwood Canyon to see Solitude Mountain resort, where the wedding on the year took place this summer (which I missed because of a bike race :( ).  I was dying to ride more on Weds, but feeling more sick each day, so we decided to take it easy... weird, I know. 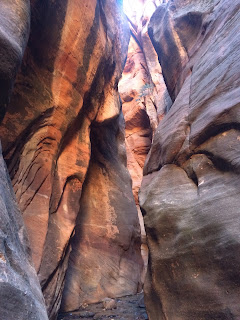 And I capped off the trip with a 7 mile hike at Kanarraville Falls on the way home! This was ANOTHER bucket list item in that I have always wanted to hike in a real slot canyon, and this one was not disappointing! The hike was half on dry trail and then half there was no trail, you just hike though the water in between two vertical walls of rock! It was warmer in Kanarraville than in SLC, but the water was ICE cold and for some reason I thought it was a great idea to hike barefoot once it got to the wet part (I wanted dry shoes for the last 1/4 of the hike). SO basically my feet ACHED the whole time I was in the canyon, but it was still REALLY really cool in there. The hike is right off I-15, so if you are ever driving to Salt Lake this is definitely worth a stop. 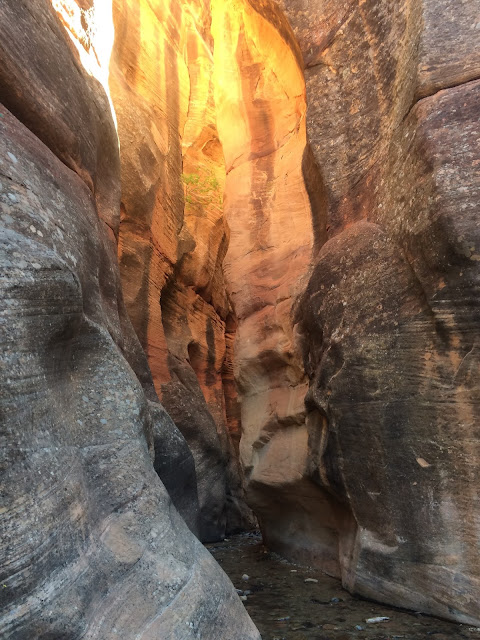 The coolest part was how the narrow canyon glowed red in the morning as the sun streamed through the little opening at the top, it was pretty magical in there. 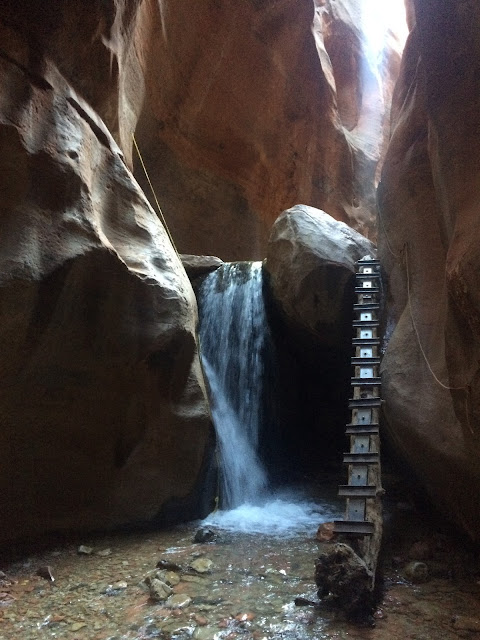 Quintessential Kanarraville Falls picture. FYI that metal ladder hurts a lot barefoot in October when it is SUPER cold! 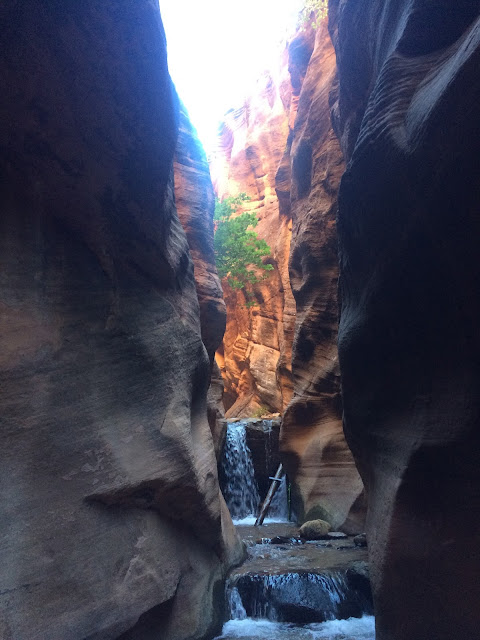 I hiked to here and then turned around. I think the canyon keeps going but I couldn't get up that last ladder barefoot.

And then I drove home to Silverado to attend a dwarf citrus growing class with Brendan Thursday night! As much as I want to stay in Utah for a month to see all there is to see, I am also excited to be home, to work on the deck and plant the fall garden. There will be time to go back to explore the desert more, and seeing it in small snippets makes it even more exciting to me!