...But for now I'm not going to stress about it.

Off season can be rough for me, it's hard to go from a life of extreme structure, always being on the move and knowing what I should be doing all the time to rest and then unstructured riding. It's also strange for someone who once upon a time was working and racing, so always super busy, to all of the sudden to have so much free time. Add to that some personal emotional struggles (mostly it's getting lots easier and my head is back in a functional place) and I've felt a little like I'm floundering lately.

What I've learned in the past 4 weeks though is that maybe it's ok to flounder for a while. My life has always been about doing as much as possible all the time, but maybe it's ok to only sub 2-3 days a week, work on the house, go on some adventures and take things day by day. I still start to freak out when I don't feel like I got much done on any given day, but I know this season of life won't last forever so I'm going to try to make the most of it and enjoy it.

So, for this weeks edition of bad decision rides (on a Thursday because I subbed math on wednesday and loved every minute of it) Carl and I spent the entire day riding all the way across the San Gabriel mountains and back. It's been a vision of Carl's to ride from LA to Wrightwood and back, and since the temps in the valleys were supposed to exceed 100 degrees yesterday we opted for fulfilling that goal over our previously planned north San Diego ride, with the idea that temps would be much cooler at 7,000ft (which they were! I was too cold at some points). Here is an uncropped screenshot of the route... so you can see all the tabs I refuse to close on my laptop :) 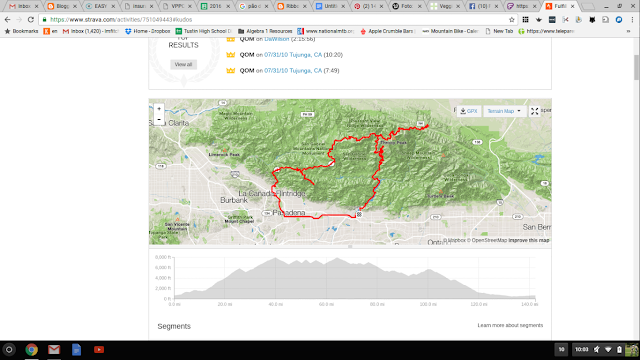 And a photo essay of the ride. 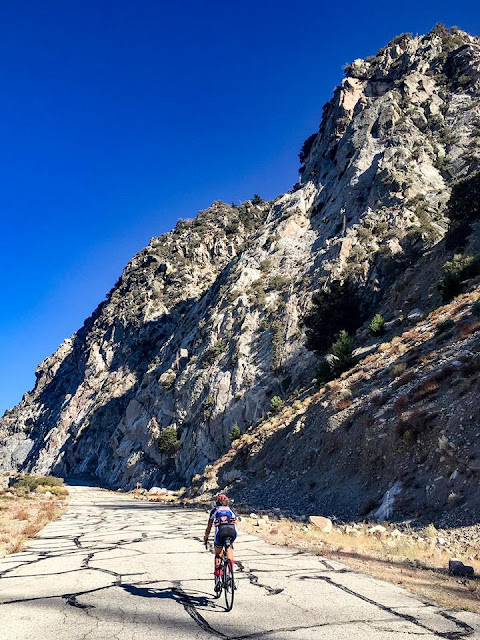 We began by climbing hwy 39, which had basically no cars and was nice and shadowy cool at 7:30am. This road takes you from just over 1,000ft to over 6,000ft in one shot, which meant that in the first 2 hours of our ride we only covered about 25 miles, but 1/3 of our total elevation gain. We made a quick stop at Crystal Lake for water, the first of three extra credit spurs which helped wrack up an insane amount of elevation on the day, and thoroughly enjoyed the portion of 39 which was closed to cars. 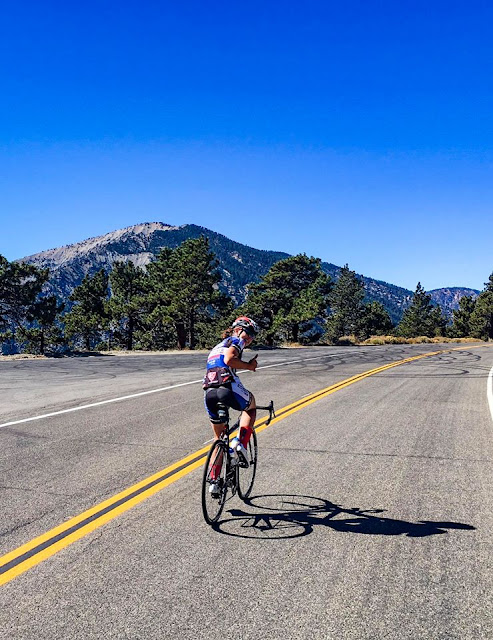 At the top of 39 we turned right and continued to ascend to 7,900ft at Dawson's pass, and then on to Big Pines (basically Mountain High Ski resort), loosing about 2,000 ft total on the way. This is where we hit our second XC spur of the day to the top of table mountain for lunch. After PB&J and another water refill we rode BACK up to Dawson's pass, which was kinda a huge grind, but the views and the knowledge that every climb after that was less than 1000ft long made it a bit easier. Also it was only about 70 degrees and we only saw maybe 4 cars! 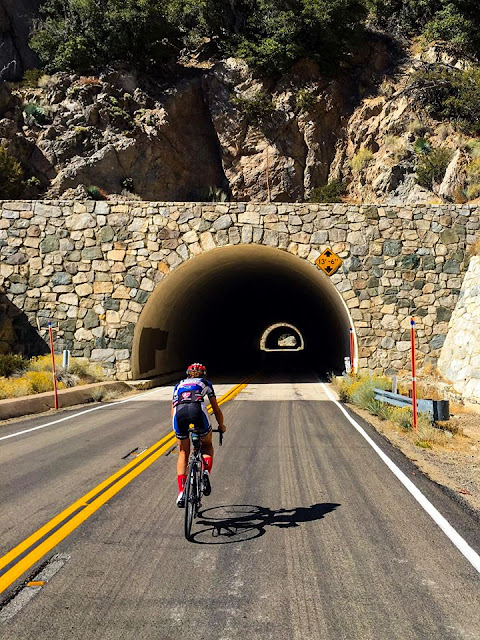 After we summited Dawson's for the second time it was all about rolling ups, super long descents and more scenery. Highlights included this rad double tunnel... 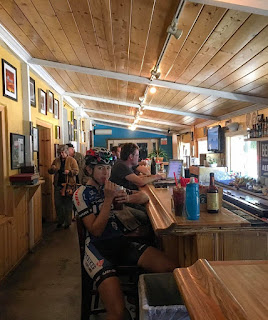 ...and a stop at the biker bar at Newcomb's Ranch for cokes. This stop occurred at mile 80, and what I really wanted at this point was a snickers, something about protein when all you are eating is gels, but soda had to do the trick. We figured the next 'store' at Redbox was going to be closed, which it was, so I spent the next 20 miles thinking about what snacks would make the grumbling in my stomach go away. 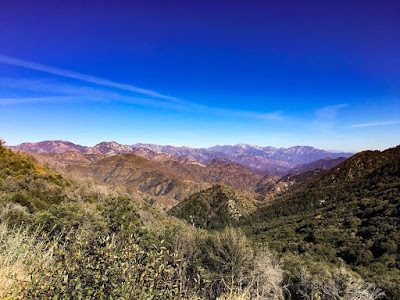 A lot of this on the 20 mile stretch to Redbox. So much of this range has burned in the past few years, but it kinda seems like part of the life cycle of the mountains. 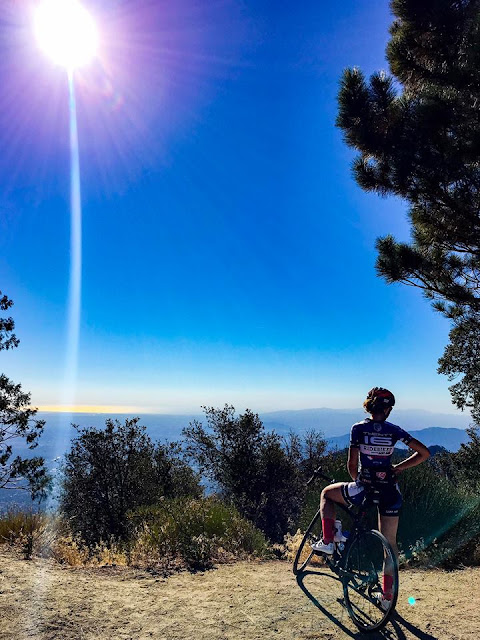 At Redbox we took a right for xc #3 on the day, climbing up to Mt Wilson peak. Honestly I am still shocked we did this. I had figured I would be too tired by this point when Carl suggested it in the morning, but neither of us felt too bad so we grabbed another 1000 ft and some more incredible views. At the top I decided that I HAD to have McDonald's fries and an ice cream when we got back to civilization at the bottom of the LOOOOONNNGGGGG descent in front of us. 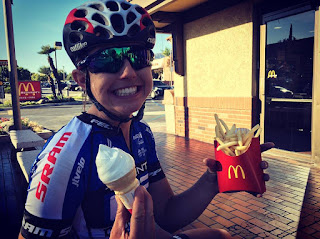 And that's exactly what we did. In La Canada we found the first McDonald's and I devoured a medium fries and soft serve, and it was glorious. At this point we had covered 120 miles, it was about 90 degrees and we had 20 miles to go to get to the car... in heavily trafficked roads with lots of stop lights, kinda the polar opposite of the first 120 miles.

We managed to make it back to the car in one piece, feeling pretty dang good all things considered. And that's that, a new ceiling found (in terms of combined elevation and distance) and a complete day wasted pedaling a bike just for the love of seeing remote places, pushing the quads up looooonnnng hills and being outside.