Other Thoughts from Brazil

I haven't really thought this through very well, but there are so many other aspects of the trip that I want to record for my own benefit. So, this may be random and scattered and weird, but here goes. 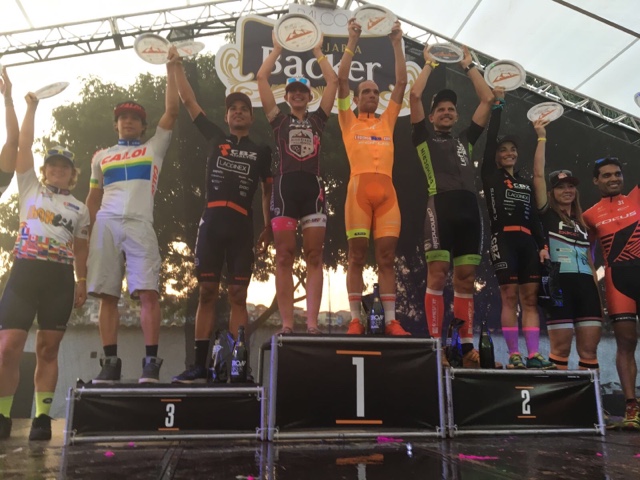 The aspect of the trip that had the largest impact on me was the situation with the course cutting. The whole ordeal was pretty dramatic and seemed so stressful Saturday night, but it worked itself out so beautifully in reality and all that stress seemed so unnecessary at the end of the weekend. More important than the Karma-esque excitement though was the strong impression that was pressed on me by Angelita's behavior, attitude and resolve. I have raced Angelita a few times before, but didn't really know her that well before this past weekend. I knew she was a phenomenal athlete, and a fun/friendly person, but I guess the thing that still makes me stop and feel amazed is the fact that she turned around and full on rode backwards on the wrong trail after missing the turn until she reached the spot where she had deviated from the course, adding 12k to the race and basically guaranteeing she would not win the stage. She was with a HUGE group, most of whom just continued on after realizing they had cut off a portion of the course, and decided to go against what so many others were doing, for the sake of doing the right thing. Even though it would have been easy to have just rode on with the others. It was an honest mistake to miss that turn, and in the end it didn't seem to matter to the officials that distance was cut out of the race by Isabella who also made the wrong turn but DID NOT turn around and go back... I hope in the same situation I would choose the route Angelita choose, even if it meant sacrificing the win, even if it meant spending an extra hour on my bike, and tons of extra climbing. At the end of the day our own integrity is all we really have, no amount of prize money is worth a clear conscience, and as upset as I was that Isabella lied about cutting the course, which meant trying to steal the win from me, I am equally, if not more, impressed by Angelita's honesty and commitment to doing what's right. And on top of that Angelita's persistence and calm presence in the debate over what should be done about the situation on Saturday night were such a great example to me of how to fight for something you care about without letting your emotions get in the way. Basically the outcome of the drama is that I learned a lot about sportsmanship, and professionalism in sport when things don't go your way. I will be forever grateful for the memory of the weekend and everything I witnessed/was a part of. 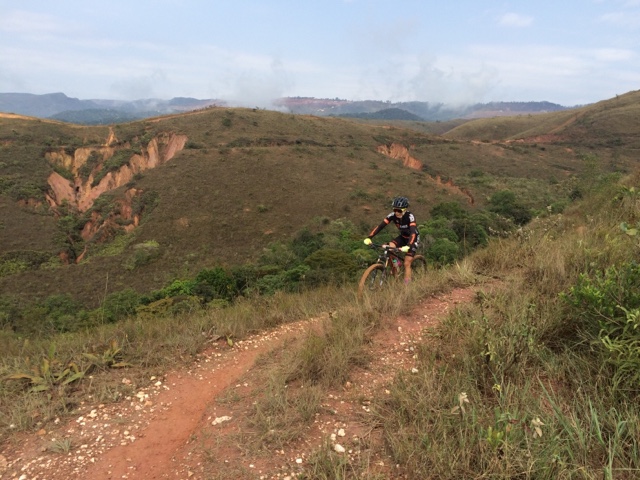 Another standout aspect of the week in Brazil was the food :) Most importantly the Pao De Queijo which is like little balls of cheesy bread (way more sticky, moist than wheat bread though) made with sour cassava flour that the Brazilians eat at breakfast and with afternoon coffee. I have been smitten ever since my first trip to Brazil last year, and ate as many as I could this trip. I even spent a few hours reading the history of how they were first made to serve to the Portuguese slave owners who wanted coffee and bread in the afternoon in colonial times, but not having wheat, cassava flour (or Mandioca flour) was the only option. I also bought mandioca flour so I could make them at home!
Most meals we ate were served buffet style, which I loved because I like trying a little bit of a lot of different foods, and I discovered that I also LOVE hearts of palm in salads! I also had some incredible chicken, the best sauteed greens and some ridiculously good salads. 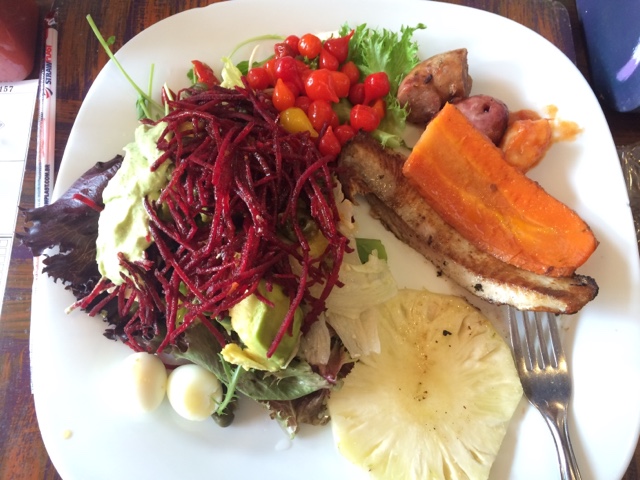 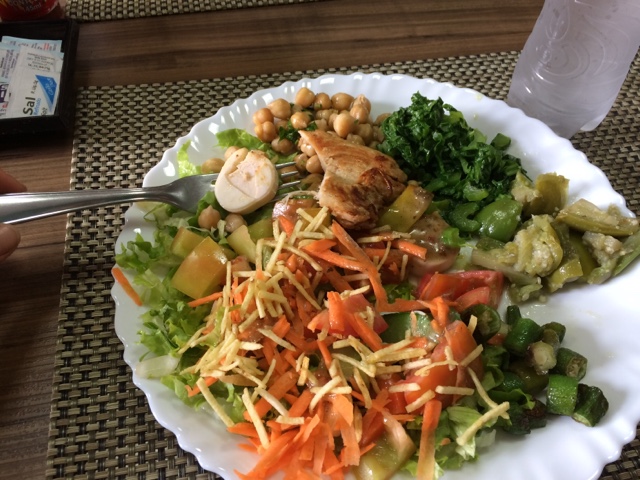 Acai, yeah we have it in the US, but it's WAY better in Brazil, something about how concentrated and pure it is there. The Acai there is a lot darker in color, not as sweet, but more flavorful. We ate quite a bit of Acai, and now I'm craving it like crazy.
Coffee... I drank like 8 cups every day at breakfast (they were small cups...) and had some of the most decadent cappuccinos ever including the one pictured below after a double day of riding on Monday (I got carried away after the race and rode my bike AS MUCH AS POSSIBLE). I also love hanging out with Angelita, Luis and Amy because they valued afternoon coffee as much as I do, and would often have more than one cup in the afternoon, making me feel more like a normal person with my caffeine consumption :) 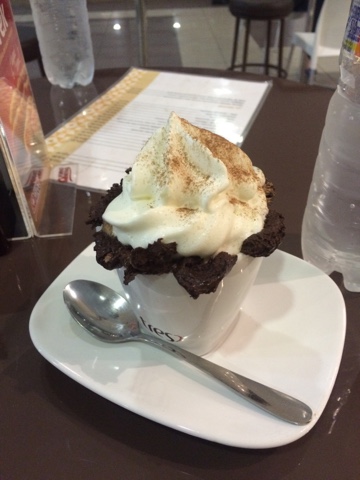 The riding in Belo Horizonte is another thing that blew my mind this year. Last time I was there I only rode once during our time in Belo, but this time Ike took us to three different trail networks FROM HIS SHOP right in the city. The first was a little fire road heavy but had some great descending and views. The next we called the 'jungle party' because it took us into the jungle (which is RIGHT NEXT TO the city) and included tons of rad singletrack, blown out powdery descents, ruts and roots and hike a bikes galore, and a sweet section in a national park that was jaw dropping pretty. The last was a ride in my favorite mtb park, Perdidas. It rained on Monday night so our perdidas ride was beautifully muddy and fast and slippery and awesome! Perdidas has the most perfect hillside benched trails, flow, deep crevasses to ride through, and sweeping views. And all that was a 10 minute pedal from this crazy big sprawling city of sky scrapers with 5 million people. I have some GoPro footage of the rides in the jungle and Perdidas, as soon as I finish editing it I'll post it up here because words can't do the riding in Brazil justice.

And I think that's enough for today. This trip left such a huge impression on me, I don't think I will ever be able to express in words every detail and all the meaning, but I am still oozing appreciation to Ironbiker for giving me the opportunity again.

Have a great weekend!
Posted by Ms Lariss at 4:48 PM