Turns out I Love ALL the States


After Mont Sainte Anne I jumped into the Stan's No Tubes van with Drew to travel back to the US in the general direction of Windham, NY. Monday and Tuesday were basically the best two days of the summer, so you know I can't resist sharing photos and details of our time in Vermont! 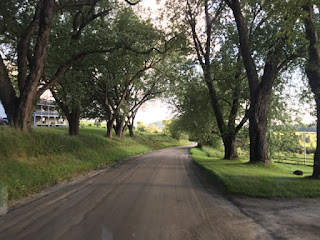 First, we drove to Kingdom trails in East Burke, Vermont. Pretty much the drive there was overwhelming because it was so damn pretty, tree lined dirt streets with incredible views and adorable houses every so often on the way. And then the bike shop was like bike shop heaven! It was in a red barn, they served beer AND espresso, and there were a ton of adirondack chairs out back facing the view of an incredibly verdant valley. Oh and there were little kids everywhere on bikes so stoked about riding... it was seriously exactly what I picture heaven to be like.


AND THEN WE RODE THE INCREDIBLE TRAILS! We rode the most beautifully flowy, rooty, twisty trails through a forest straight out of a fairy tale. I literally pinched myself to make sure it was real. I want every person I know to go to this place at some point in their lives because it was THAT good. There was bright green moss, wildflowers and ferns lining the forest floor, and the trees let just enough light through to keep us cool while still lighting up the ground and making the air glow green. AND there was a river to swim in at the bottom of the hill in the quaintest little town you've ever seen. The weather was the definition of perfect, and I stopped multiple times to pick wild raspberries RIGHT ON THE TRAIL! Oh and there were wild mushrooms... I counted 15 species from my bike :)  Oh and I almost forgot that at the end of the ride we rode through a maple farm where the lines connecting the tapped trees were just high enough for us to pass under. It was really freaking cool because I didn't know that's how they collect maple at big farms. Extra cool that the left the lines high enough for us to ride under without dying!

After the ride we drove to Montpelier, the capital of Vermont, saw the shiny gold capital building and ate the most amazing dinner of soba noodles and kimchi. I loved this town as well, kinda wish we had a few days to hang out there. 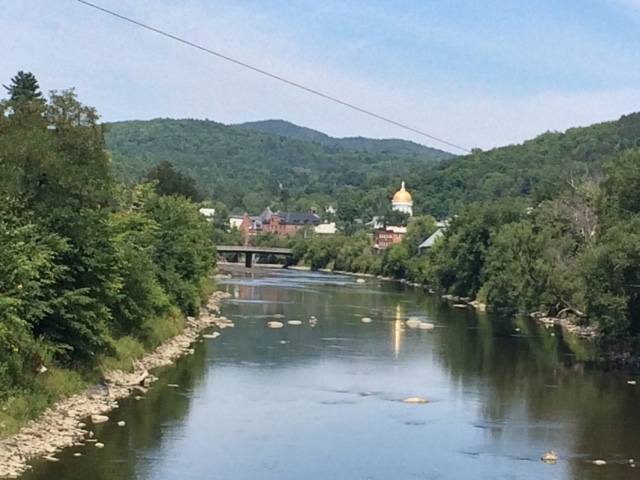 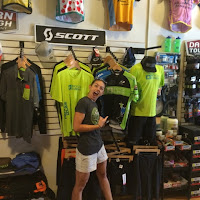 On Tuesday we made a cameo at the coolest bike shop in the East Coast, Bicycle Express, in yet another adorable town. We also got the inside scoop on the best Maple Creemees in Vermont and awesome stuff to do in Burlington while we were there. If you are in Vermont this is the place to go for advice on everything from where to ride to where to eat snacks! Oh and I learned that everyone in the area rides the most adorable titanium bikes for training... so there is also that :)
In lieu of the local knowledge advice we headed to Morse Farms to ride and eat Creemees. HUGE bonus was seeing this cute goat James. 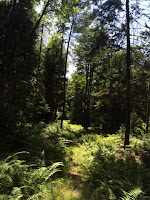 I was supposed to just spin for an hour on Tues, so we cruised around some sweet snowshoeing trails, frolicked in some incredibly green fluffy ferns, and ended up riding through the most amazing field of grass and wildflowers. It was the perfect combination of bushwhacking and using my incredible navigating skills that resulted in quite a bit of laughing until I cried/my abs ached because apparently I'm the only one who thinks riding through a field with no trail in sight is a good time. Oh and you better believe there was more wild raspberry consumption on the ride.


AND THEN WE ATE THE BEST MAPLE CREEMEES IN ALL OF VERMONT!!!!! Morse Farm is where it's at! 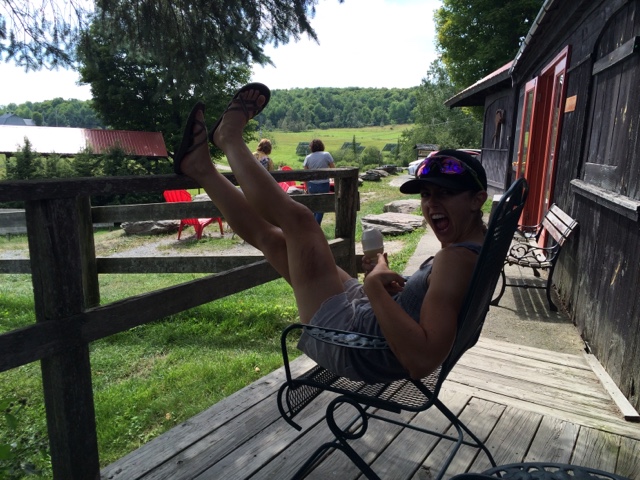 Post Creemees we headed to Burlington to check out the world's tallest filing cabinet, which I thought was fascinating! It's 38 drawers tall, and DEFINITELY worth a stop to check out :)
While in Burlington you cannot NOT stop by the Lake Champlain Chocolate Factory, so we did, and also took a nice sweaty walk on Lake Champlian, where we saw the Story Corps Airstream AND stacked rocks. Well, Drew stacked rocks while I attempted to be cool and make instagram stories... can't keep up with the even changing social media situation!
And after a few more stops we left my new favorite state for New York. Fortunately the drive out of Vermont was again breathtakingly beautiful, so at least I had that as a consolation for leaving!