So I know that a good little bike racer would train and foam roll and then spend the rest of the day trying to stay off her feet, but you gotta do a TINY bit of adventuring when you're in Germany for the FIRST TIME EVER and there is a cute castle near by!
So on Friday, after I did my course pre-riding we hopped in the car and drove up a crazy big hill to this rad Castle on the top! I've never been to a castle, so it was pretty darn exciting to me, plus this guy was WAY up on a hill so the views of Southern Germany were AMAZING!!! 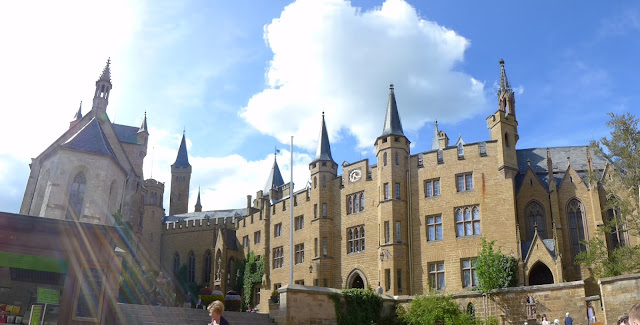 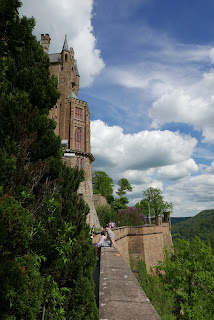 That is the castle. Our tour guide gave the entire tour in German, so I didn't learn much about it while we were there, except that it's still in the family, and it was rebuilt by some rich dude after it was destroyed in the 10 month siege.

I was mostly impressed with the spiral entrance, way cool pointy things all over, the crazy cute cafe area, and the fact that the dude who designed the castle DIDNT HAVE A COMPUTER!!! Really, how did they do such impressive stuff before CAAD and the internet?!

This is the middle of the castle. There were some cool flower arts. 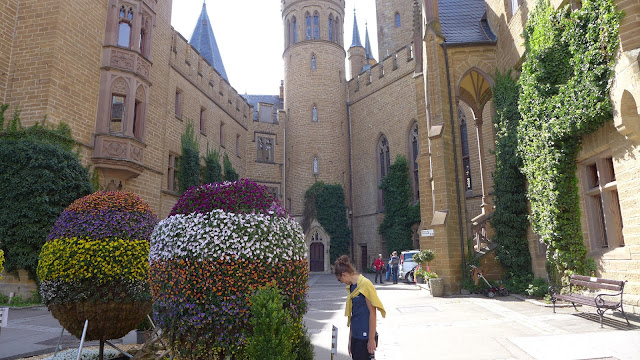 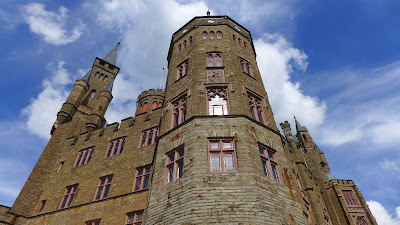 And this is my cute mechanic Brendan who has been basically acting as my slave on this trip. I am so so grateful to have such a dedicated hubs who no only took 2 weeks off work to be here, but tirelessly helps make this dream possible by cooking, building and cleaning and wrenching on bikes, driving... all the things that need to be done for me. He is pretty special. 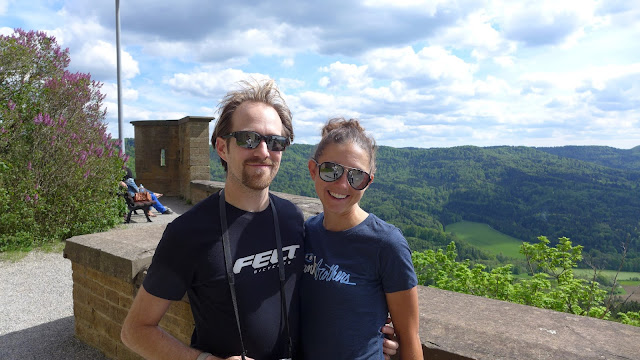