A week or so ago, coach asked me why I thought he put a 5 hour day on my training plan for this Saturday. Being the shortsighted spaz I am, I guessed it was because I haven't gotten to play bikes all day for a while. Well, that wasn't the reason, but anyway, I got to play bikes with Carl on Sat just like old times in the Santa Anas. I'm not 100% sure if it was a great idea to go out and attempt a 10k ascent 5.5 hour day so soon after being knocked off my feet sick, but I promised coach I would play it by ear, and pull the plug if I didn't feel good during the ride. 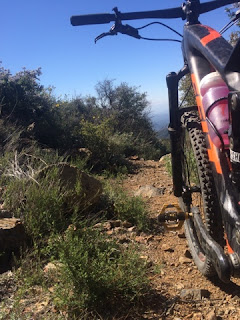 Pretty sure I've blogged about the Lung loop before, but here's a quick rundown on the ride: 40 miles, 10,000 ft of climbing, up Trabuco, down Pinos, up San Juan trail, down Bell Ridge. I haven't done anything close to this amount of climbing in a while, so it was going to hurt regardless of the health situation.

So, I threw the Decree together in the morning (it was missing cranks... sometimes my bikes have to share), complained in my head the whole way up Trabuco about not having a 30 tooth chainring on my one-by set up, BUT was oh so grateful for the Decree's awesome climbing aptitude, and raked out limo feeling front end on the descents!

<< At Pinos Peak for the first time, looking down Pinos trail, ready to get my butt kicked on the slippery, loose, steep scree fields ahead.

It ended up being the perfect day in the mountains, complete with a crazy number of wildflowers, perfect temperatures, pretty fantastic views, a few stupid crashes, some poison oak, and 5.5 hours of squishy bike love! 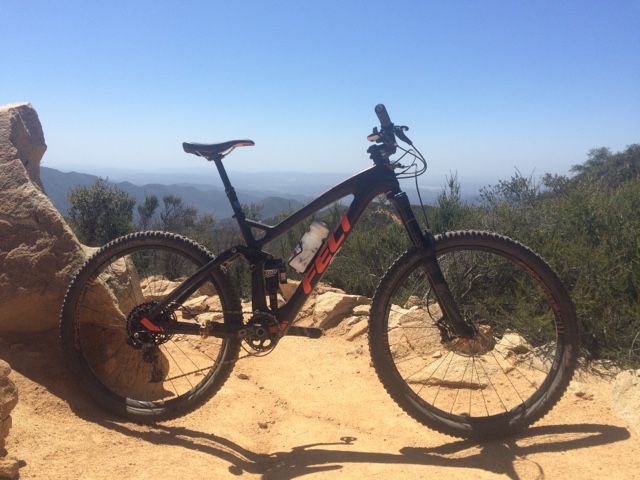 My babe at Cocktail rock (top of San Juan Trail). You can't tell from the picture, but there is a great view of the ocean from here! 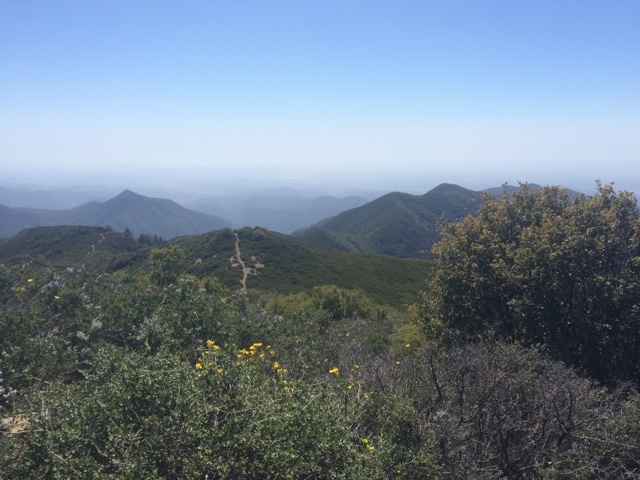 I think this is looking down on Los Pinos trail from Pinos peak. There are some wicked ups on the way down Pinos... it's def not for the faint of heart. 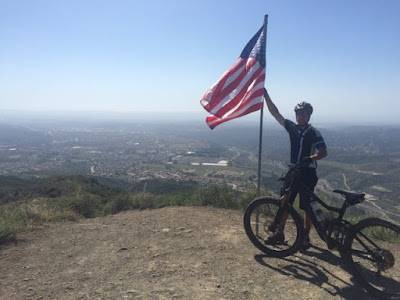 Carl and the flag just before dropping the last portion of Bell Ridge trail. Thankfully Carl took pity on me and waited a few times to make sure I was still alive. Normally with all the climbing on Bell we are really well matched, but I kinda fell apart at the end in a crash into every bush sort of way :) I did feel surprisingly good at the end of the ride, probably because I learned to eat a drink enough, FINALLY. Two gels, a package of chomps, a whole wheat bagel PB&J sando, two bottles of calorie filled drink mix and one with electrolyte tabs, plus two bottles of water later = no head ache :) 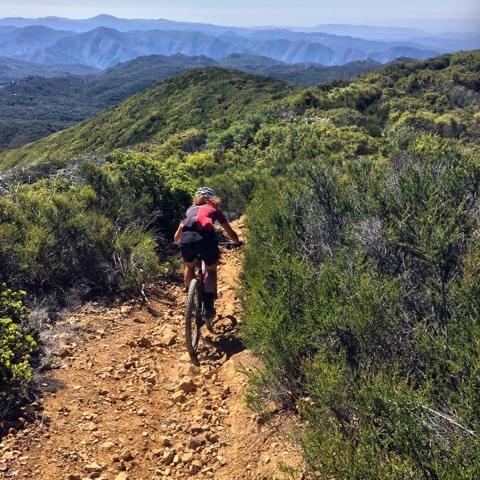 And a pic from Carl the action photographer! The picture doesn't quite tell the story about how loose and steep it is, but holy moly was it steep and loose.

And don't worry, besides doing a ton of mountain biking, we also did some adulting this weekend. Taxes, yard work, house cleaning... I'm feeling old as the hills lately, but I don't think I hate it :) 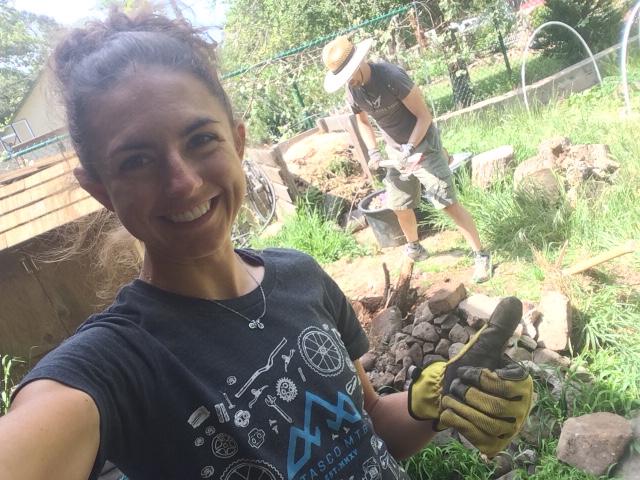