So the past 5 days have been a crazy tornado of learning, laughing, learning, photoshoots, and eating. I know I already posted briefly on road camp, but I wanted to put together a complete overview of the week, of who we saw, what we learned, and kinda just what happens at a road bike team media camp. Tomorrow MTB team camp starts, so jotting down some notes on the past week seems pretty valuable :)

Friday we spoke at a middle school in El Centro, CA and then went for a little spin. Education is a huge focus of team Twenty16 (one reason this team is such a great fit for me) so spending time motivating kids, and showing them what it means to achieve their dreams is super important. 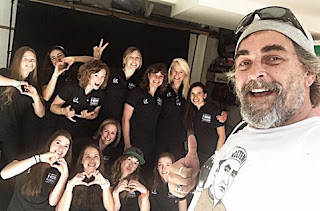 Saturday we went on a really fast group ride out of Encinitas with about 100 men, which was crazy fun, taught me a lot, and was a great little workout on a busy day of meetings. Post ride we ate the most awesome turkey meatloaf, had our headshots taken (the first of many times I was told not to smile during the week...) and then had a few presentations from sponsors who were able to come out to SoCal.

Here's the sponsor lowdown from Sat:

First Steve Blick told us all about the history of Oakley, and then about the sick sunnies we are going to be racing in/wearing between races. I love Oakley as a company because they engineer sunglasses in the true sense of the word: find a problem, work like crazy to come up with a solution, tweak, refine... until they have created frames that are like armor for battle, and lenses with incredible contrast and clarity. I've had my Prizm lenses for a while now, and I'm not exaggerating when I say that the difference was night and day the first time Steve took my old sunglasses off my face and replaced them with his personal pair.
Next up we heard from JL Velo, the Orange County company who makes our kits, 100% out of recycled material by the power of the sun! How cool is that?! I learned a ton about why these kits are so rad, including the fact that they have varying lengths of jerseys AND will replace the padding in your shorts if you aren't comfy with the chamois you have.

After JL we heard briefly from K-edge about how all the pro men drop their chains like crazy and how their mechanics were the first to be all over their chain watchers. I thought that was pretty hilarious/awesome.
Then we had the funniest portion of the day from Mobot, a foam roller/water bottle in one! Isn't that a brilliant idea?!Anyway, Lani was hilarious, and obsessed with water and foam rolling and I'm 100% sold on the idea of doing a lot more of both!

Sunday we did a bunch of photo stuff on bikes, which was fun, but not really a workout, so a bit awkward. Just being on bikes was pretty fantastic though, it was 80 degrees and I don't think I'll ever get tired of hanging with this group of lady shredders. After the ride we ate more amazing food made by Jess, and had photos taken for a Confidence campaign thingy. That part was fun because Brendan came out and then proceeded to force me to fix all the crap that wasn't working perfectly on my bike... Thanks Brendan! We got a bit of time to sit on the beach after that and soak up the scenery, just Brendan and I, before an incredible dinner Jess also made with everyone and their mother involved with the team. It was pretty freaking sweet. 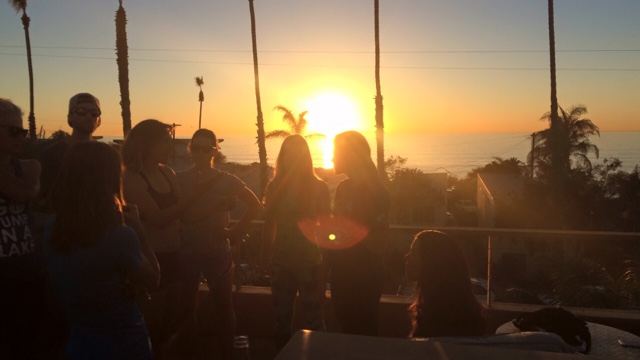 On Monday there was MORE pictures and filming on bikes, this time with a drone involved. It basically sounded like we were being attacked by a HUGE swarm of wasps. That was followed by a quick interview, a hilarious presentation from Dave Zabriskie about chamois butter. Needless to say there was a blowup doll involved... Then the guys from GQ-6 came to talk to us about nutrition, which was actually pretty fascinating because we ended up discussing the testing process to ensure there are no banned substances in products, and I've never even thought about that before! Like what if a facility uses their equipment on a banned substance and doesn't clean it properly before mixing up my drink mix?!?! Anyway, it was super interesting, and then we had the most amazing Italian food served by a Brazilian guy at an adorable restaurant. I got to hear some incredible stories from Mari, Ralf, and Richard (the GQ-6 dude) as well as discussing all the dates going on around us with Sara :) Richard forced us to order dessert so you know it was my favorite day of the year :) 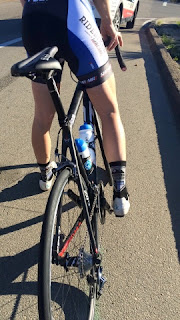 AND lastly, on Tuesday we got to do a bunch a skills work with Richard from Speedplay, and talked for a long time about how to execute a corner when descending. I learned a ton, and am so excited to apply what he taught us. Then a quick presentation from SRAM, a massage (OMG that was maybe the highlight of camp for me! I still feel different/better from it) and a visit to Sock Guy rounded out the week of camp. There's a lot more I want to include, but I need to get to sleep like nobody's business, so it'll have to wait/be added to this post later. MTB camp starts bright and early tomorrow!!! 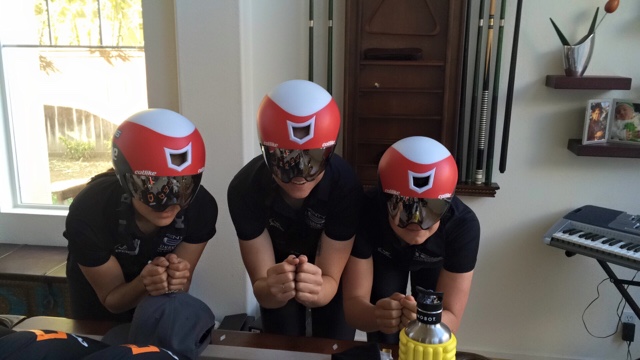