Here's the ditty on the 2016 Schedule. Obviously we will adjust some things as we go, races will be added and omitted as we see how my body responds to training and various stressors of the season. But more or less this is how the season is shaping up, and a few of my goals for 2016!

For starters here are the mountain bike races I am targeting. 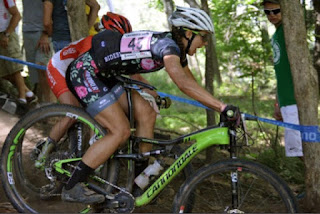 Holy moley this is a long list already! It's weird to look at this upcoming season from the perspective I have now, post last year's results and experiences. I have much more confidence and stoke about the repeat races as well as the new races and travel this coming year will bring. I am so ready to make this leap into racing the European World Cups, and am going to work my booty off to make the World's team this year (have I mentioned that wearing the USA kit in a race has been a LONG LONG time life goal of mine?) I am also hoping to add in Whiskey 50 and Grand Junction Off Road if things are going well when those races come up, as well as some other fun stuff like Annadel XC, Idylwild, Keyesville... :)

Goals: This is the scary part for me. It was cool looking back at my 2015 resume earlier this fall and realizing I met every goal I set for myself last season, but as I continue to improve in results and fitness, setting loftier goals is scary because I'm at the point where I may be setting goals I that will be very hard to accomplish. My sister told me last year that anything worth doing would probably be scary, and the whole point of this blog is to be as open and transparent about bike racing and all that goes along with it as possible so here goes. I'm going to put the fear of failure, and self doubt aside for a minute and lay it all out there, this is what I would LOVE to achieve this year (Some of these are pretty lofty goals, but I need to have something to bust my butt for!).
Win a US Cup race (that would be so so cool)
Top 25 at a World Cup (That one I think will be a lot easier as I move up in the starting positions)
Top 3 at Nationals (one off that last year with a head cold...)
Podium at Sea Otter
Qualify for the Olympic team (how could I not have THAT as a goal, practically written in sharpie on my forehead, driving every watt of every training ride :)!)
Somehow find a way to thank all the people who are cheering for and supporting me! I know pinning it in every race is one way, and I promise to make you all proud!

A note on Australia. This has been the stickiest part of the season planning, but after a lot of serious (not typical Larissa Spazy) discussion about how best to attack the season, coach Matt, team director and life coach Adam, RideBiker VP Colt, and boss man Scott all think that it will be smarter to attack the US Cup races full bore in March and April, and then throw myself into big travel World Cups. This ensures I don't destroy my early season chasing one single result, allows me to pool and concentrate resources on the Euro races, and is also a good approach at gaining the points necessary for Olympic qualification. The decision to skip World Cup #1 wasn't made lightly, but now that I understand the Olympic selection criteria a little more, I like this strategy. It's an amazing feeling having a team of super experienced and smart people supporting me. I'm incredibly grateful to everyone who is helping me get to the World Cup races, and to the entire RideBiker staff who do the hard work to make it all happen. From designing my kit, to monitoring my training and progress and analysing what races I should do.

Part 2 will be 2016 road season schedule, and 3 is clinics and camps coming up! I have a lot to write about, but thankfully also, a little more time to do it now :)