This past year has been by far the most incredible year of my life. This is interesting to me because in my early 20's I used to dread getting older, especially leaving my 20's behind. Then Bill Freeman told me something to the effect that you know you're living right if each day, month and year is better than the last. This has definitely been the pattern in my life, so, although I am sad to leave 2015 behind, as well as my 20's (in January I turn 30! Eeek!) there is also a great deal of excitement to see what 2016 has in store. 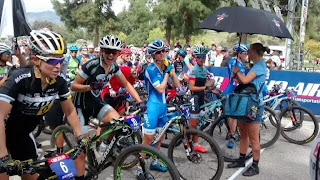 However, before we leave 2015 as a collection of old Facebook photos we won't ever look at again, until that friendly site reminds us 4 years from now what we were doing on some random day, here is a quick  reflection on what made 2015 so great.

March - Raced alongside Emily Batty, Catherine Pendrel and Georgia Gould at the US Cup Bonelli #1, had my first real post race interview, rode the A- line on each lap and basically had the best day of my life in the first real mtb race of the year. 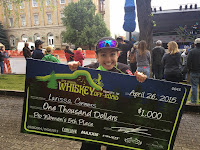 April - Got to race Whiskey 50 for the first time, had a crap load of fun, finished both the fat tire crit and 50 mile races on the podium, got my first ever big check!

June - Go Pro Games podium, won a set of antlers at the Missoula XCT and taught my very last day of school (for who knows how long!!)

August - Raced 2 World cups and moved up in the rankings from 55 to 35 place!

September - Traveled to Brazil to race bikes in the hardest race ever, bike got lost, got attacked by wasps, had an absolute blast!

October - Tons of epic rides with Carl all over Southern California, plus I got to do Levi's Gran Fondo!!!