Why Riding with Women Rules

Like most girls I know who mountain bike, I got my start following a boyfriend (now husband) around on a bike he gave me (a really really crappy Giant NRS. I'm surprised I even liked riding on that bike!). This evolved into following different groups of men around, trying to keep up, learning to navigate super sketchy trails and developing the set of skills that would eventually make me decent at racing. 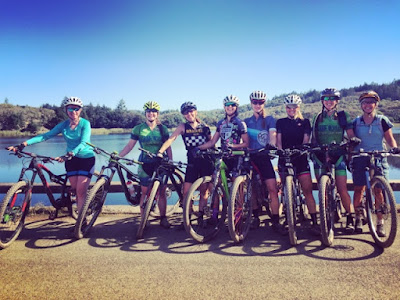 What I missed a lot of that time was riding with other women. Sure riding with dudes is fun, especially when you get to ride with rad dudes like my neighbor Dave, but after a while it starts to get old, being the only chick in a group of dudes. every. dang. time.

The problem is, I'm actually kinda sexist. I mean, I don't want to be, but until this fall even though I was sick of being the token chick, I never really wanted to ride with other women. I was worried they would be too slow, not be able to handle the trails I like to ride, wouldn't want to ride as far as I wanted to go.

Late this summer though I went on a few women's rides in Santa Rosa, and even led my own women's only pre-ride of the Annadel XC course, and holy moly was it fun! All those things I worried about not liking didn't matter at all, and instead it was just generally awesome! 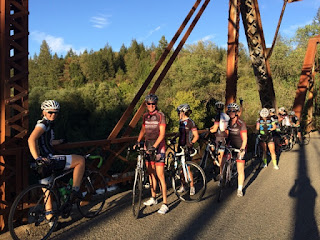 Here are three reasons I like riding with chicks:

1) We all share the same anatomy, and have the same bike shorts/saddle issues. I can NEVER tell a dude riding partner about my saddle sores or chafing, they would get way too grossed and weirded out. But other women, THEY CAN RELATE! and usually have ideas for how to prevent or treat the problem :) I've also had some HILARIOUS conversations on women's rides about saddle sores... funniest conversations ever, especially because I can relate! 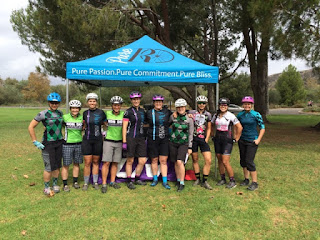 2) Other women can relate to other stuff too, like having spent a bunch of time chasing boys around, the same kind of racing experiences moving up through categories with very few other competitors, the race related nerves, or that high/exciting feeling you get from riding something that is really hard cleanly... and they talk about it! Guys don't express that kind of thing, but it's great to compare experiences and realize you aren't the only one who feels those feelings of nervousness and excitement.

3) Other women (at least those I've ridden with) don't tend to have egos that make them try to out do each other, or need to prove anything on a ride. We pretty much always go out assuming the others are faster than us, and have a great time no matter if that's true or not! 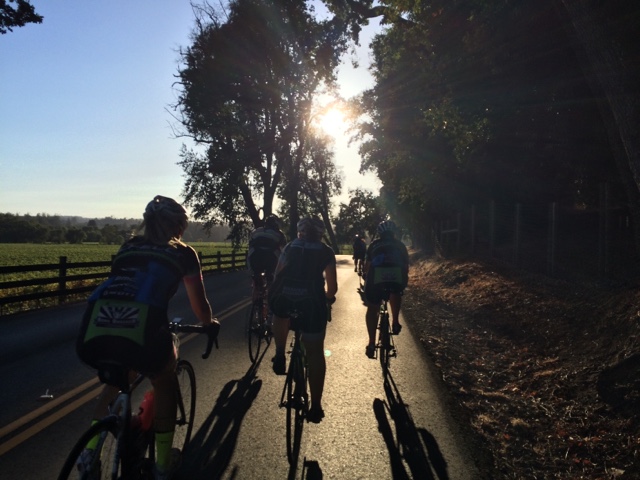 There are a lot of other reasons I love riding with chicks, but let's just say thank goodness I didn't live out my whole cycling career only riding with dudes. I'll still do the dude ride thing, because they are fun too, but I'm super grateful to live in a place that has a thriving women's cycling culture, and to personally know some hardcore, fast, awesome ladies!
Posted by Ms Lariss at 9:46 PM