Just a Bit More On Brazil

Because I haven't gone on enough about Brazil... But really because I kinda love this country, and saw a bunch more cool stuff outside of just racing bikes.
On Sunday, after recovering a bit from the last stage of the race, Spencer and I hiked up the hill from town to check out a rad church with an incredible view of the town of Mariana.
Sadly the church was closed, but I got my share of awesome sweeping views, and we found a smaller but equally cool church on the way back to town which was open.

I was also enamored with every single house on the way up the hill, they reminded me of some communities in California, like SF and Santa Barbara because of the influence of the Missionaries and because they were on a hillside. I took way too many house pictures, but I can't bring myself to delete them from my phone!
The town was divided by a sweet little river, we got to cross it every time we traveled the 5 minute walk from the race venue to our hotel and back. 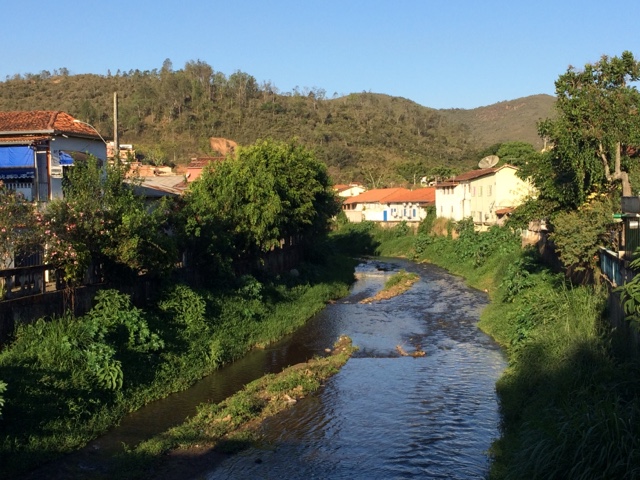 And ALL the streets in Mariana were cobblestone, most of which were REAL cobblestone, as in real, average, random rocks in the ground! I kinda loved that about Mariana, that and the cute houses all on the side of a hill... Swoon :)
On the way back to the venue post church expedition we stopped in an artist's studio and got to see this cool old dude carving cherubs, and another painting pictures of churches. While we were there a tourist from another part of Brazil told us the history of the area, which was pretty fascinating. She was really knowledgable and super friendly! 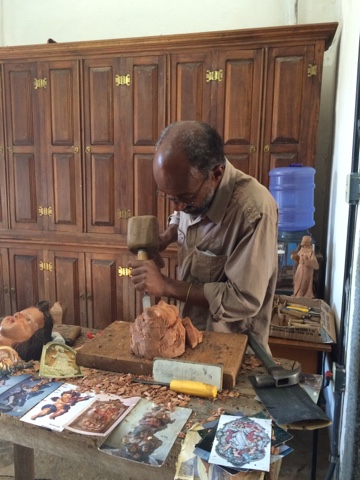 Free beer and little fried empanadas waiting for the podium ceremony = best day ever :) I even tried to start a dance party by the band, but I think by then the locals thought I was 100% psycho! 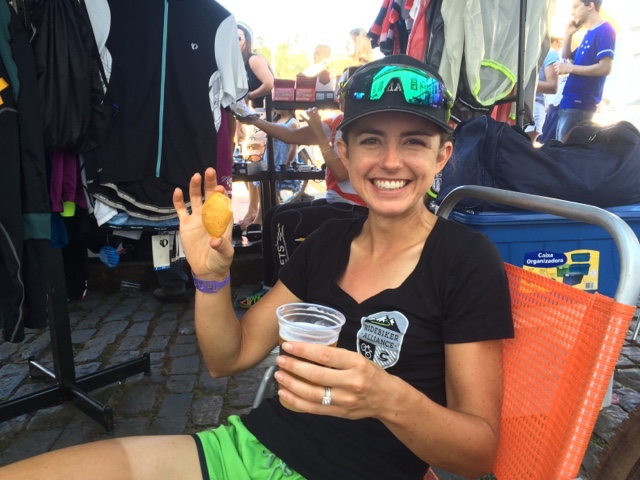 On Monday we did a little "recovery" ride on the freeway which was equally beautiful and terrifying. The rules of the road seem to lean towards every man for himself, so it was a bit stressful passing on and off ramps. Even with the onramps and high speed, it was probably much safer to ride on the freeway than in town, where the drivers are equally nutty but there is no shoulder. We did get about 100 friendly honks though, and saw a ton of cars with bikes in or on them drive by :) 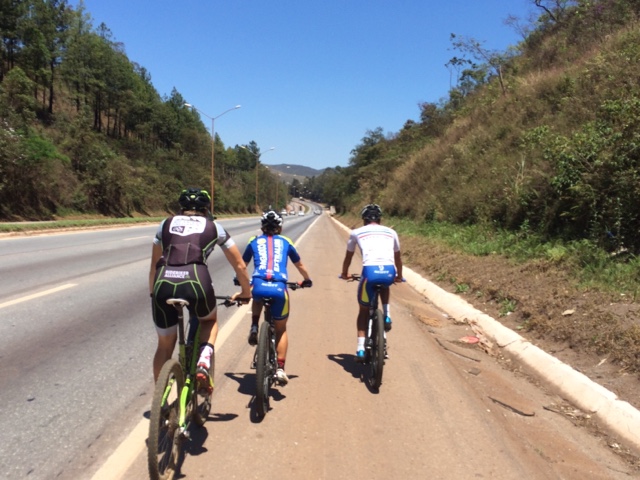 And on Tuesday, finally in possession of MY OWN bike, I got to hit some local BH trails with IKE and Spencer. The trails were so so fun, and reminded me a lot of San Juan trail in SoCal, but better. I was pretty slow, so the guys did a lot of waiting for me, but it felt incredible to ride trails on Scalpy, and the views continued to be amazing! 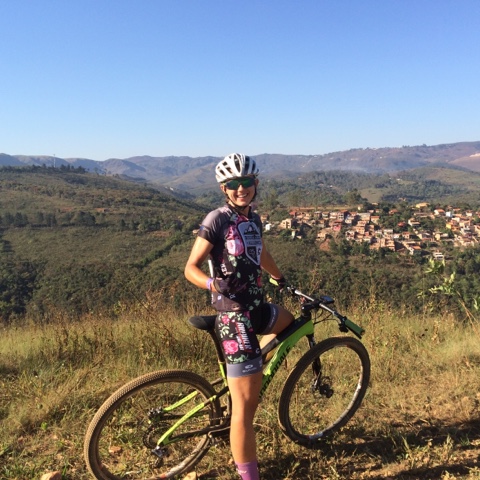 Tuesday afternoon I explored a local park, where we got an awesome view of the city, saw some monkeys and Brazilian Raccoons, and drank coconut water right out of the coconut!