Ok, so I'm definitely a poor sport, and have no interest in writing a recap of the final race in the Kenda Cup Series (because I didn't win, haha). It was a pretty tough weekend with my body still recovering from this epic head cold, and my legs refusing to deliver after a week of waiting around to ride bikes till I was healthy. I did have a super fun time during the downhill sections of the race, trying to pin it as much as possible to make up for lost time on the aerobic sections. I also had a blast hanging out with the rad SoCal mountain bike racing scene, have I mentioned before how fun the people in SoCal are?

I do want to recap the Kenda Cup West series though (because I won that, haha). I feel super lucky to have a fun, competitive, multi-location race series here in SoCal where I can shred bikes, suffer, sweat, cry, smile and meet tons of awesome people who live all over Southern California and love the same thing I do, mountain bikes! 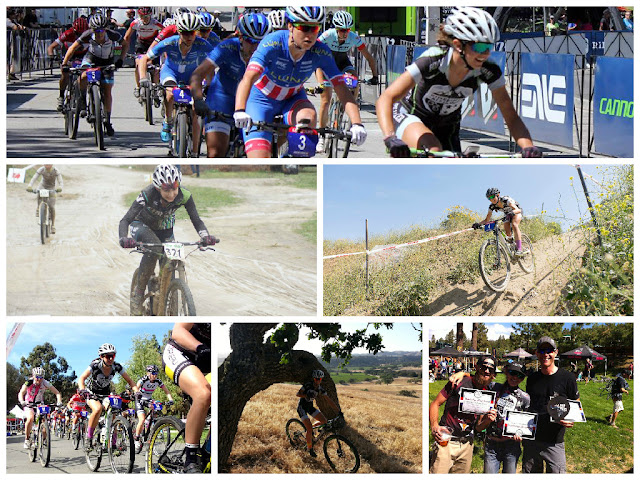 Vail lake was a total crap shoot because of the epic rain that choose to fall non-stop pretty much only when we were racing (seriously it was sunny that afternoon). Despite sliding around on the slick, torn up course I managed to win, and had a blast getting totally covered in mud.

Bonelli #1 was my favorite race of the series (for obvious reasons). The course was fun, I got to talk to so many cool/fast/famous people, it was a dream, AND I placed 4th.

A few days before Fontana I came down with a slight cold, so it was a bit more challenging, and the tactics from the fast women were crazy. I still had a blast rocking the Scalpel and came in 9th.

Next we were back at Bonelli Park, with a slightly different course, and a little steeper competition. I pre-rode the course with the world champion Catherine Pendrel, and had a great time cleaning the A-line on each lap. I'm pretty sure I gave this race everything I had, but was a bit disappointed in myself when I learned 5th and 6th place were within a minute of me at the finish. 7th wasn't too shabby a finish, but another Bonelli podium would have been pretty sweet.

The race up at the Dirt Club in Santa Ynez was a lot less competitive, just two of us in the pro women's field. I had a great time racing with the boys, and after crossing the line in 1st I threw in an extra lap for good measure.

Then I got epically sick, and pretty much took a whole week off the bike (throw in a whole night of not sleeping while chaperoning grad night on Thursday and you have the ingredients of a sucky race). There were only two of us again, but this time the other chick was Leslie Patterson, the XTerra world champion. I led the race until the last fire road climb, but had to relinquish the win due to my less than race ready health, and very unhappy legs. It was still fun seeing all the usual suspects, and hitting so much singletrack during the race!

And that's it, Kenda Cup West is over! I asked a bunch of other racers what their plans are now, many said nationals, or the Grizzly 100. For me it's off to Montana in a few days, then CO Springs for the final US Cup, and then a nice long summer of traveling, racing, meeting new people and riding bikes in fun places!

Congrats to everyone who stood on the podium this weekend! You all worked so hard, you inspire me to race hard, and make me proud to represent SoCal!