If you've met/ridden with/eaten dinner around a fire pit with me, you know I really just freaking love riding bikes. And you might also know that I've been playing bikes for almost 7 years now, first as a triathlete/roadie, then as a recreational mountain biker, and now as a professional athlete. Immediately preceding this phase of my love affair with the two wheeled machine though there was a 2 year period of what we'll call aspiring pro. I raced a lot of the big races in the US in the pro category, I traveled and sacrificed and trained, but I was not a pro. I knew I wasn't really pro yet because Phil Mooney told me so. He said that until I was earning a paycheck to race my bike (other than prize monies) I was just a glorified amature :) Now you need to know that Phil is maybe the nicest, and also most knowledgeable person I know in the cycling industry, and he wasn't telling me this to cut me down, but maybe more to inspire me. Phil's words put the fire in my belly to train harder and to leave every ounce of myself out there on the race course, hoping to one day be a real pro.
Last month, thanks to Ridebiker Alliance and ShoAir Intl, I finally left the phase of aspiring pro behind and became, by Phil's definition a real professional mountain bike racer. (You know I'm smiling right now) BUT, it's so much more than the paycheck that differentiates the experience racing then from now. Here are a few things that have changed in my life since RideBiker came along and helped me put the final pieces together in this dream I have been cultivating for the past 2 years (well, kinda since college, but back then I thought I was going to be a pro roadie).

1) Having someone to hand me a cold/wet washcloth and a bottle of ice water when I cross the finish line after particularly dusty and hot races. This may seem like it's not a big deal, but I seriously feel so legit when Derek hands me that towel, and I can immediately wipe the dirt out of my eyes and face. It also helps prevent the dreaded post race unibrow in pictures and interviews (although I'm not always good at getting all the dirt out of there!)

2) Having an umbrella boy! Let's be honest, this is mostly because it makes me feel legit. Seriously though, Katerina Nash shared MY umbrella boy at the second Bonelli short track race, so you know I'm going places in life! Thanks again to Derek for being said umbrella boy! (yeah, same Derek who ended up with a fat stick impaling his leg when riding with me in Blackstar this winter.) 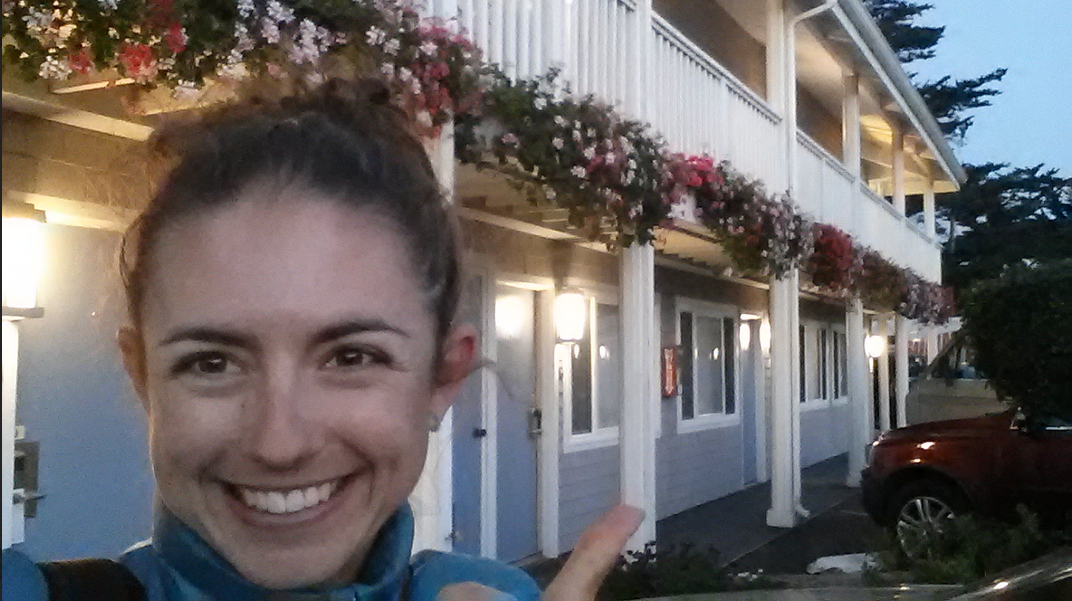 3) Not having to stress about housing at the biggest races. This one is huge. I used to spend a lot of time and energy finding a place to stay, be it a host house, hotel, camping, whatever. This year, for Sea Otter the team put me in A HOTEL! It was legit, and made the weekend so much less stressful than sleeping in a tent full of spiders in a field of allergies!

4) Having mechanic support from someone other than Hubs. Brendan is maybe the world's nicest husband, but there was a line with what he was willing to do for me, such as washing my bike. I still wash my own bike at home and stuff but this team is so legit in keeping equipment clean before every race, and making sure everything is dialed perfectly. Derek is even willing to swap my tires before a race if I want different rubber on there, seriously, how cool is that :)

5) Having the basic structure and organization that comes with racing under the same umbrella as a legit pro team, like someone to tell me when to be where, remind me to eat, tell me not to ride too much the day before a race (this is a hard one for me!), etc... It really helps to have someone else looking out for your best interest so you don't, say, miss your fat tire crit podium :)

6) Bikes. I can't even begin to express how much of a difference it makes to ride on the sweetest, lightest, most capable bikes around. I thought the bikes I rode last year were goo, but I have been blown away by how fun the Scalpel and F-si have been to ride and race. Being on such capable and well made steeds has made a huge difference in my training and racing.

7) Dollars. Having financial support has made a huge difference this year, Let's just say Brendan and I used to eat 90% expired food because it was cheap. Now I feel comfortable buying decent quality food, rather than bee lining right for the clearance aisle in Fresh N Easy, and I can eat well when I'm traveling as well. The days of eating just PB&J for race weekends are over :)

There are many other benefits to joining forces with 'The Alliance' :), but these are the ones which stick out in my mind as having the greatest impact on my racing experience, and or make me smile because I never thought I would get to this point in life! I am so grateful to ShoAir Intl, and Ridebiker Alliance for making a dream I have had since I was in college a reality.
Posted by Ms Lariss at 8:00 AM