This past weekend was on the epic side, in the sense that I raced my bike 4 times in 3 days on pavement and dirt. So epic that it has taken me 5 whole days to write a recap :)
Sadly, two of the 4 races didn't go as well as I had hoped, but that's bike racing for ya, you can't win em all!

San Dimas Hill Climb TT- I looked forward to this race for WEEKS, seriously, since January. I mean, the chance to go up against some of the best women in the US in a hill climb time trial, to see where I stack up in the roadie world, sounded awesome to me. However, I may have gotten a little too excited, went out WAY too hard, and ruined myself in the first 8 minutes of an 18 min race. It was still a beautiful day, surrounded by beautiful people complete with a stay in Motel 6 San Dimas, so I'm not saying it was a total loss, but disappointing none the less. Now I have to wait 12 months to do it over again! More on this experience later, when I have time to write about the weird, beautiful, sexist world of road racing.
Keyesville STXC- This race was more my style, and after 1 lap of the course I had ridden all but one woman off my wheel, and gone fast enough to make the race organizer change our race from 6 laps to 10 (it was supposed to be a 30 min race, I guess he originally thought we would be doing 4 - 5 min laps). Midway through the race I had lapped most the field, and then decided to dial it back as there were 2 more races to go for the weekend, no need to destroy myself in short track. More about this race later as well, when I have a chance to tell everyone why they should come to Keyesville next year because it is the most awesome race ever. I also earned the nickname 'motor boat' during this race...

Keyesville DH- I majorly blew it in the downhill, not coming prepared with a full squish bike, and then not really taking it seriously during my run. I had thought if I just got down cleanly it would all be fine, but I came in 3rd, which set me back in the points a lot. Turns out the points were weighted, and DH was most important! 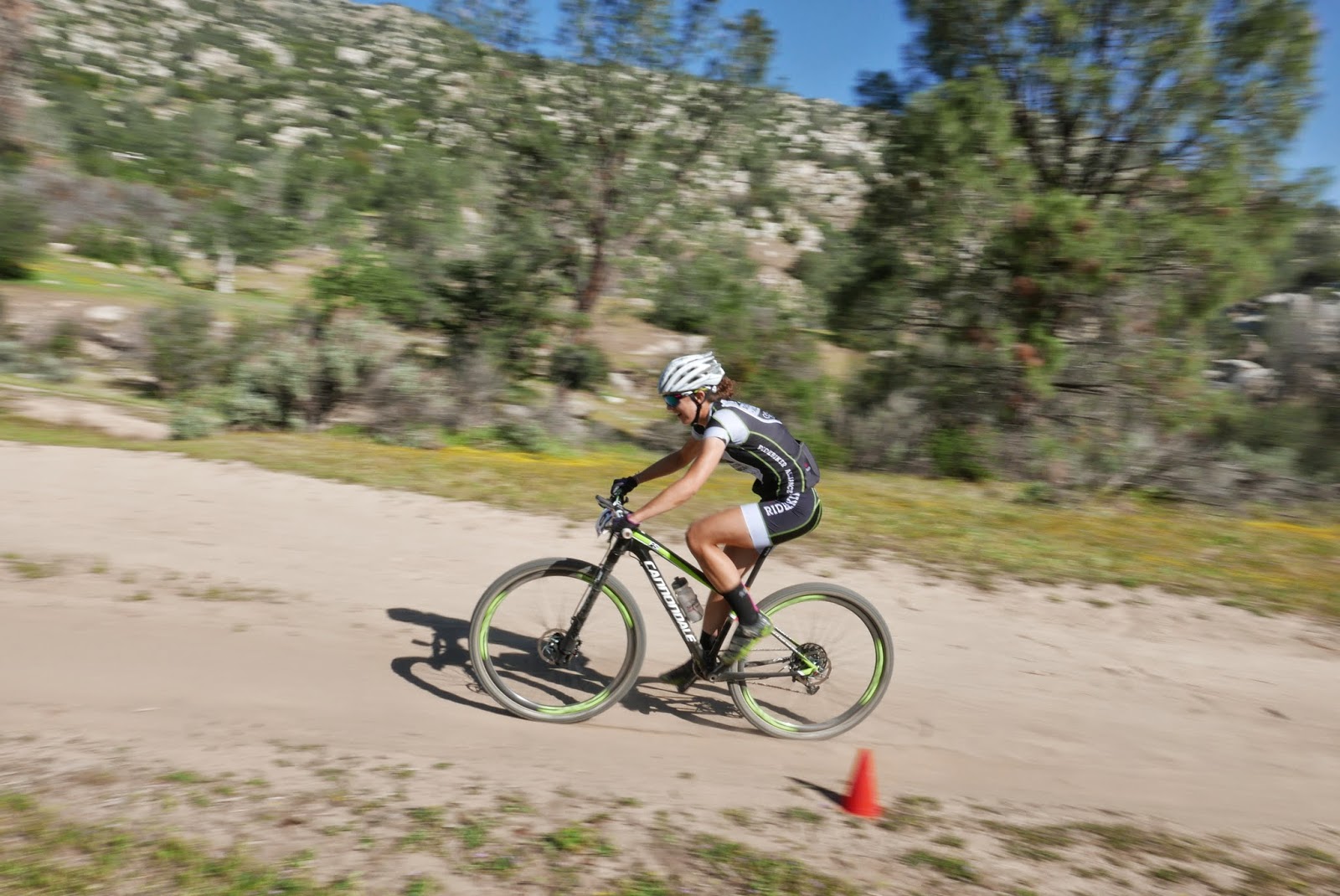 Keyesville XC- I had a chance to redeem myself in the XC, taking the win by 22 minutes! It was a brutally long, hot, windy day on the Fsi, complete with some incredibly fun descending, hallucinating about almost being caught by 2nd place (it was really just a dude) and catching about 20 dudes who started 3 minutes before me. Most important about this race is the fact that I drank 2 whole bottles DURING the race. This is huge for me, haha, but still prob not enough considering the length of the race and heat.

Keyesville All Mountain- It would be an understatement to say I was shocked when my name was called for 2nd place when the overall awards were presented. Based on the points break down provided by the website for the race I had won by 1 point. I guess there were new rules though, which weighted the race even more in favor of the DH and which never made it to the website. Alas, I did not defend my all mountain title from last year. I was a little stunned on the drive back to Orange County, but it was nothing an In-N-Out burger and seeing the coolest girlies in the road racing scene at the gas station at the Grapevine (if you've never driven from NorCal to SoCal, this is the place EVERYONE stops for gas, coffee and snacks) couldn't fix.
So there you have it, the weekend I looked forward to most this winter is done and dusted. Now to let my poor tired body recover from waking up at 4:30am all week, teaching, training and life. It's spring break :)
Posted by Ms Lariss at 2:22 PM