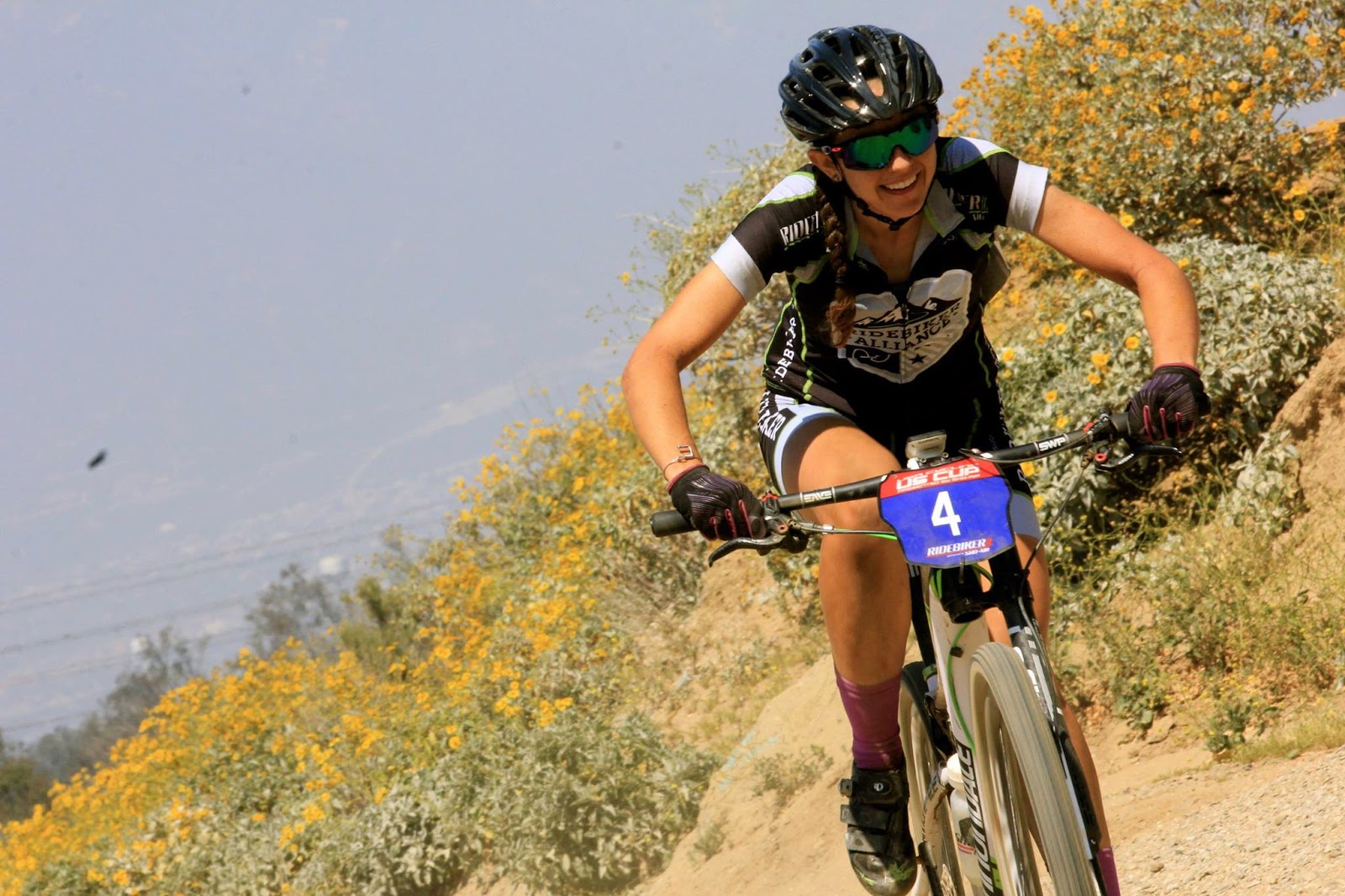 8pm Saturday night and I'm still thinking 'what the heck just happened?!' about the Fun-tucky race this morning! It was a brutal, tactical mess of a good time, and although I would have loved to place as well as last weekend, I am proud to say I crossed the line in 9th at the hardest race at the season so far.
A quick recap of the race from the front lines :) (or if you want to watch the whole race, you can go here)

The start was fast and furious, but I managed to land a good position going into the first climb. Then, a rider crashed in front of me and held me up  on the single track section of the climb, so when it opened up again I put in a solid effort to pass her and bridge to the lead group before the descent. I had to put another solid effort in on the flat backside of the course because two of us were gapped off on the long descent.

Right as I made contact with the lead group of 4 Pendrel looked back and attacked the heck out of the group (ON LAP 2!!!). No more playing nice, letting me sit in on their train! I had just worked my booty off bridging to them, so I had very little legs to respond with, and kept climbing at a consistently hard pace.

I'm not sure how many more times I bridged to the leaders (if really at all) but I gave it all I had on that second climb, and then again on the third, and ended up just burning all my matches in the first half of the race. It was a bit frustrating being able to see the lead group just ahead of me, but not being able to make contact on lap 3 and 4.
A few times in the race I got shoved around by other riders, once so badly that I ended up in some rocks and had to run with my bike for 15 seconds till the top of a climb (thank goodness for all that Rad's hike-a-bike practice :)! It really felt like a whole different experience from last weekend where I didn't have to defend my personal space. A few people warned me about this last week, that racing gets physical and I need to be able to throw elbows, but I didn't really believe it till I was in the heat of this race.

Other random highlights from this race included feeling like I had a fan club, the spectators were awesome, and the cheering top shelf! I got to rock brand spanking new sunnies courtesy of Oakley, and it seriously helped relieve my eyes of the bright as crap sun. AND Scalpy was so fun to descend on, it helps that the descent was rocky, swoopy and rad! Oh, also, #probablysmiling happened on twitter today, that made me, well, smile!

Overall I'm happy to land a top 10 in a race with 60 starters, and although that was harder and less rewarding than last week, I'm stoked to do some good work in the next two weeks so I can tear it up at Bonelli #2 on April 11! First I may do some road racing though... :)

Now I'm preparing for short track by sitting on the couch with my feet up while Brendan educates me on quality music. Think "Fat Babies" hahaha, they have no pride, haha.