This past weekend marked the last race of my second year of pro mountain bike racing, and my third pro victory at the Annadel XC. 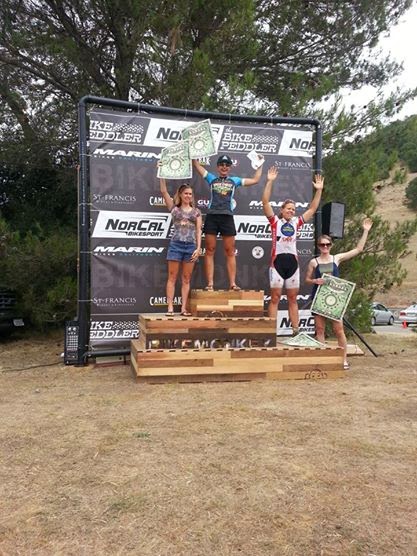 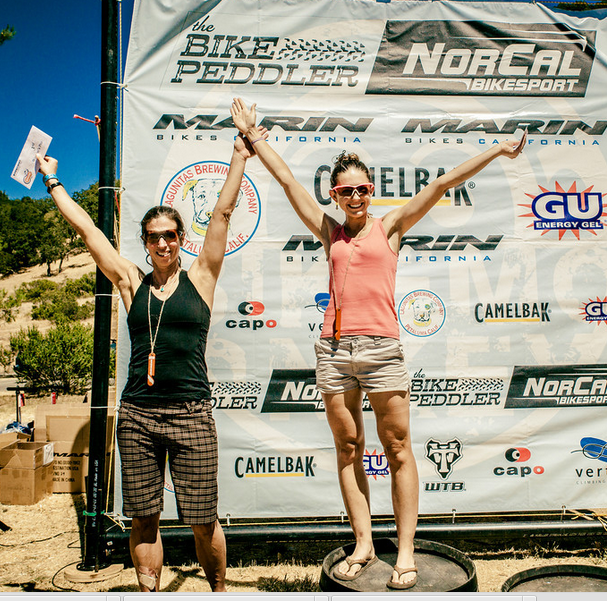 Although I am a little sad that the season is over, and that I have to wait SOOOO long before racing mountain bikes again, I could not have had a better last race, or season for that matter! To make the weekend even sweeter my team mate Mike Hosey won the men's race (read his recap here), Marin Factory domination all around!
Here is how the race went down.
I could not sleep at all the night before because I was so excited. Like Mike, I dreamed about racing in Annadel as a kid, so every year this race feels like coming home after a long time away, to trails I have a special connection to.
The race begins at 9am with a mass start roll out on pavement in downtown Santa Rosa. The start was blistering fast, and I tried as hard as possible to stay near the front as Levi and Mike led the group down Sonoma Ave towards the park. I think we averaged more than 25mph on the 2.5 mile paved section (QOMs for days!) 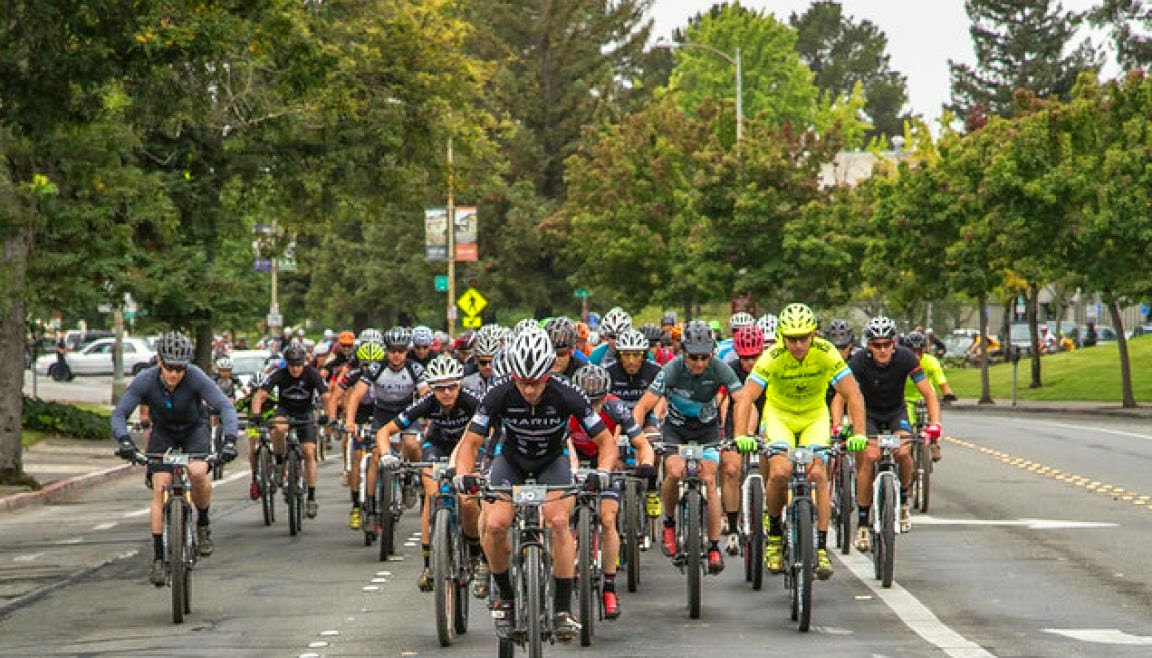 See me sitting to the left of Mike! It was pretty fun to stay with the big boys on the pavement!

We hit the dirt at mach speed, and I was immediately engulfed in a cloud of dust that wouldn't settle for at least 5 miles. The first few trails in the race are always a bit hectic, so I had no idea where I stood until we reached Warren P Richardson climb, where I was told by spectators I was the first female. This climb is one of my favorites, so I hunkered down and started picking off men one by one (which was both satisfying and motivating). Upon reaching Lake Ilsanjo I was feeling great, and got blasted with lake water in the chest by Adem Smith's Super Soaker. The water felt good, but it also almost knocked me over! The climbing and subsequent man passing continued up South Burma trail, where I channeled Jolanda Neff on my CXR 29er (I choose to rock the hardtail for this reason). Even with a serious steep headtube and no rear suspension I was loving the feel of the CXR during the entire race, and think it made me super speedy on the climbs. Some bumpy fun descending ensued post South Burma and I was still in the lead when I hit pavement again on the far side of the park. Sister handed me a feed at the base of the last climb/informed me I was ahead of Danny Stuart :), and I dug in again to pass as many men as possible. In past years the last climb has meant cramping like crazy for me, but I think all those muscle tensions my CTS coach had me doing earlier this year paid off. I still felt good by the top of the climb, with not even the slightest cramp, and the descent to the finish was just an exercise in staying upright! 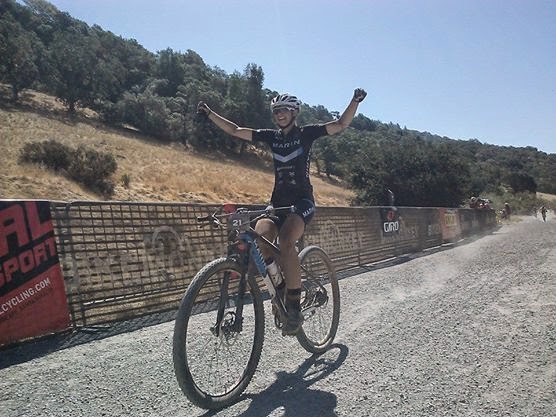 I wish you could see how dirty my face was in this picture!

It's pretty special that Bike Monkey is willing to put in so much work to make such a rad race possible, and really cool to cross the line of my favorite race in my favorite park in 1st place. 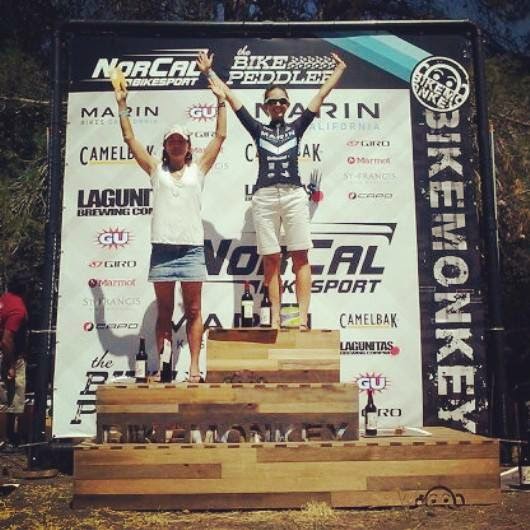 And that is it, a full season of xc racing from February to August, ending the best way possible. I am so lucky to have had the opportunity to shred on such fun/capable bikes all year, to have the best and most supportive coach around and to have such amazing sponsors who made every race possible.

Most importantly, thanks sister, for coming to my race, taking Brendan's place in the feed zone, and cheering for me even though your voice was still all messed up from crashing ON the Annadel race course a month ago (which was basically my fault)! You rock. The end.
Posted by Ms Lariss at 1:42 PM