The racing this year seems to be getting more and more fun as summer days fly by. This past weekend Brendan and I were up in Madison Wisconsin for the #worscup XCT short track and cross country races, both of which took place at Cascade Mountain. Sadly I took very few pictures, mostly because my phone was dead 98% of the time, and also because I was having too much fun ripping through swoopy, twisty, tacky trails, and dodging mosquitoes to stop and capture the beauty of central WI.

STXC (or short track) was at twilight on Friday night, and as I failed to bring clear lenses on this trip, I could not see a damn thing the entire race. The field was small, and right off the line a group of four (including me!!) whittled the pack down by pushing the pace and attacking each other often. 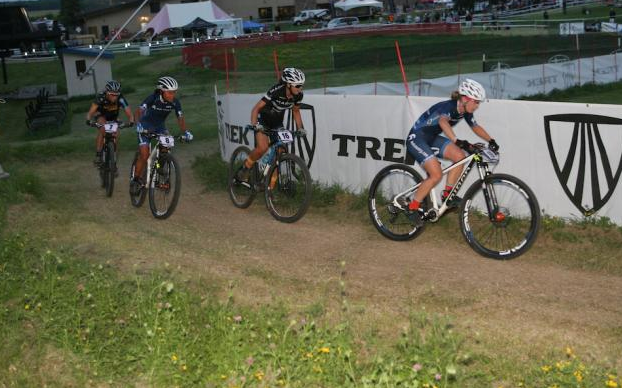 Me, in a lead group? EEEEEEE! I had so much fun in this race. How does bike racing continue to get MORE fun?

The course included a few short climbs and a rad foot-ish high drop which I had a lot of fun launching. I knew about halfway through the 18 min + 3 laps race that my only hope of getting on the podium was to push the pace of the lead group enough to keep it at just 4 girls, but that I would easily be out ridden by the other three in the last lap. The plan worked pretty well because, although I was dropped a little on the final stretch, I came in fourth for my first ever short track podium! 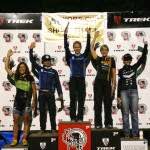 Tiny picture borrowed from Cycling News because my phone was dead!

Saturday's XC race was also loads of fun, despite the fact that I spent the morning a bit anxious about the role a good start would play. Luckily I had a good start and hit the first, very sandy and terribly hill in a decent position. 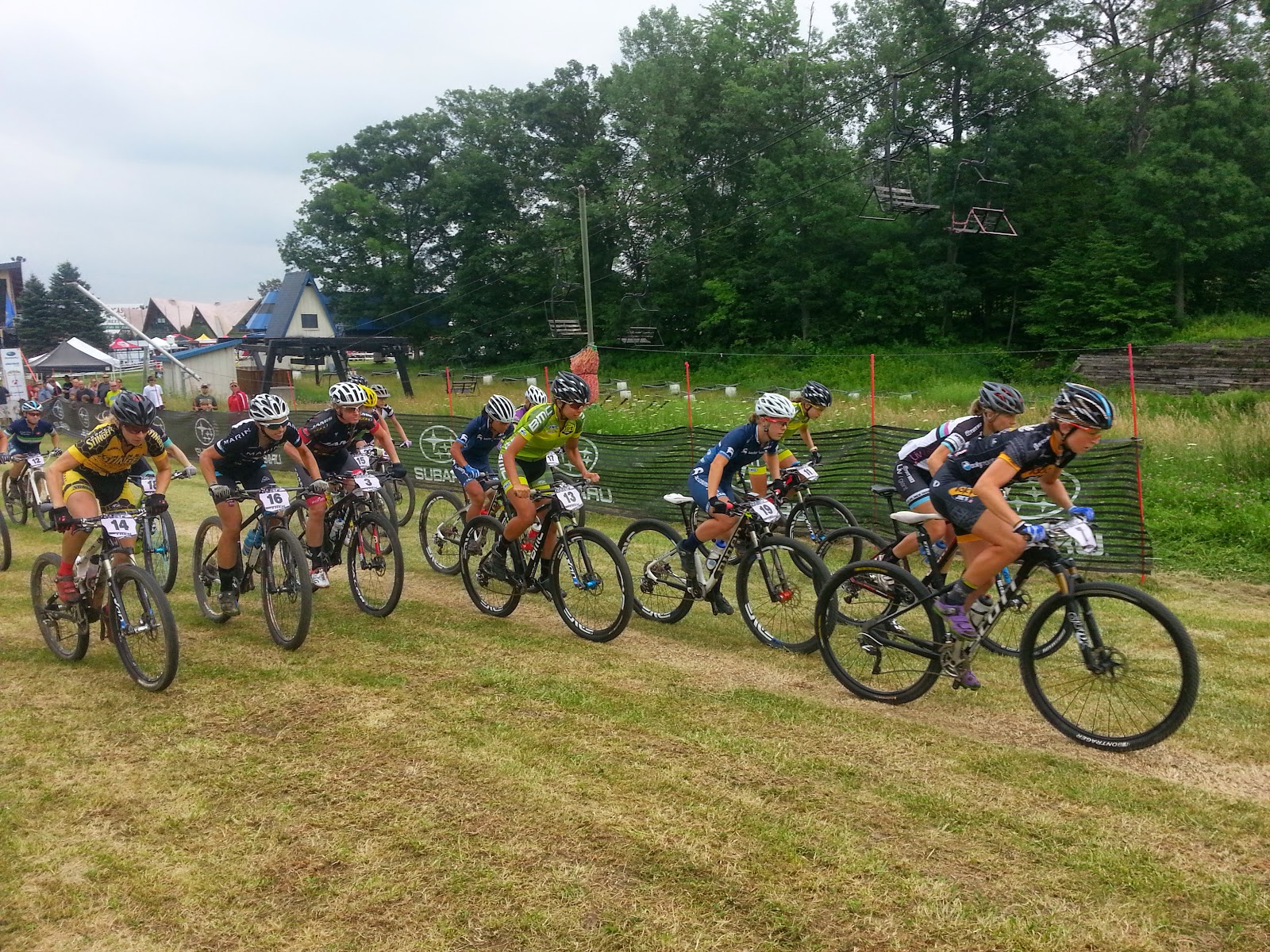 Following the sand hill there was a mile or so of tight twisty single track through  a dense forest of trees, which left no room for passing, I found myself stuck in this section behind two girls who where not going as fast as I hoped, and a gap formed between the leaders and us. This meant I had to work pretty hard when the course opened up to fire road (really just mowed bumpy sections of the ski runs) to get around them, and begin to close the gap to 4th place. I spent laps 2-4 closing the gap on Chloe Woodruff (who was in 4th), just to have her decimate me in the 5th lap. Crossing the line in the top 5 was a pretty great feeling though, so I'll take it!

Highlights of the race included a rad "skills park" section, with a sweet bridge crossing/gap jump option, a tricky rock feature I was pretty stoked to clean each lap, a ladder thingy, and some weird water bars with huge rocks planted in them. The course also had a section called "slick rock" which was quite literally slick with algae, and super sketchy, and lots of mini g-outs and pipes we had to ride over. Hopefully some of the pics taken by all the photographers on the course will surface, but for now you just have to imagine how cool it was! Oh, and I almost forgot, hundreds of mosquitoes, and warm temps + humidity which meant finishing the race soaking wet! 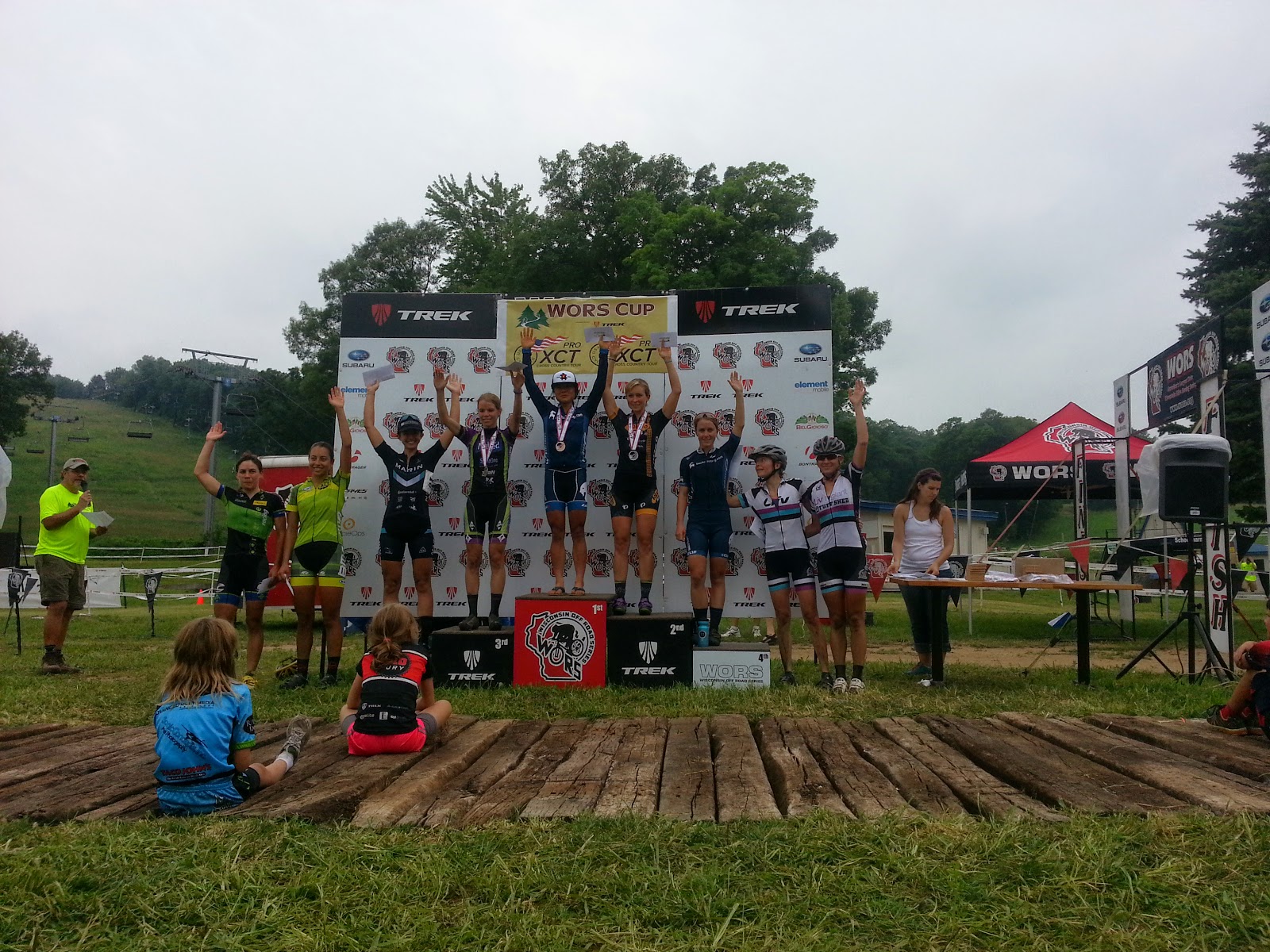 First ever XCT podium, I love racing with these awesome chickas. 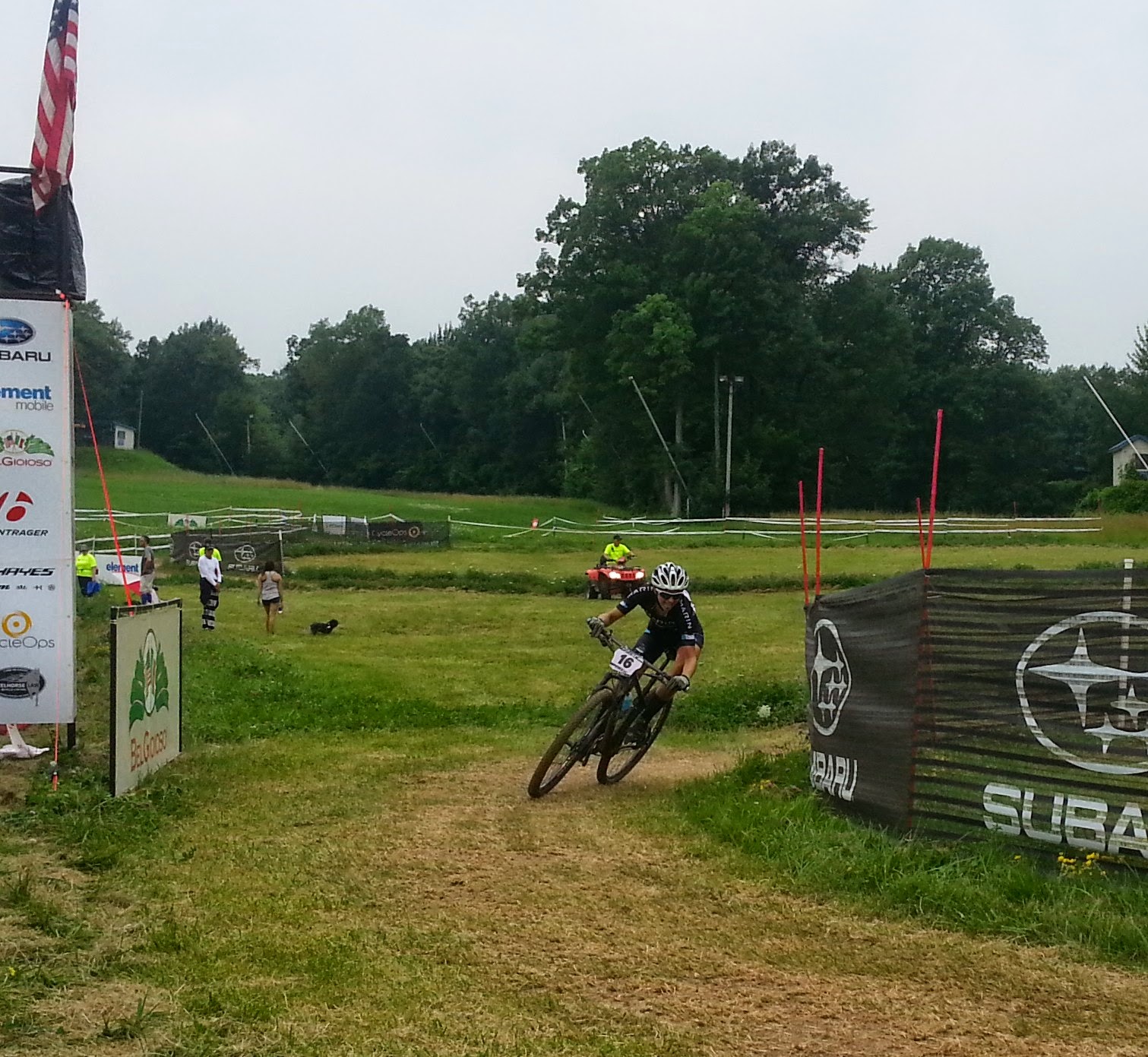 So, I feel like it needs to be mentioned that those Conti Race King tires we threw on my bike literally just before packing it in it's box saved my butt a few times with their ability to hook up on steep sandy climbs, in tacky dirt, on slimy rocks and through tight grassy turns at high speed.


Continental Tires, you rock! Also I'm stoked on the Suarez Ropa skinsuit I have been rocking for the last two race weekends, it's way more comfy than bibs and a jersey, just saying. Of course I'm ALSO super stoked on Harriet, the Marin CXR 29er I've been racing all year. That bike has been a rock star in pretty much all conditions.

And most importantly, I'm so thankful for the pep talk (and all the weeks of training/preparation) from my rad #CTSAthlete coach, whose words of inspiration in my ear helped me keep my eyes on the finish line, and believe in myself through the tough parts of the race!

And there you have it, the nitty gritty of my first ever XCT podium finish. Let's hope there are more in the future!