Team Non-Dot, You Rock My Socks!

The cell phone alarms of many Orange County mountain bikers went off pretty darn early this morning, letting us know that it was time to go shred the gnar out of Aliso/Woods Canyon Parks! Good thing it was early too, because we set that park on fire tearing up Medows, down Mentally Sensative and then twice up Mathis and down Rock-it trails.

There were four women in the combined Pro-Expert field, and I felt a little nervous at the start after not getting an ideal warm up (something about a mandatory riders meeting right when I was supposed to be doing my warm up  :) Thanks for that Jon). 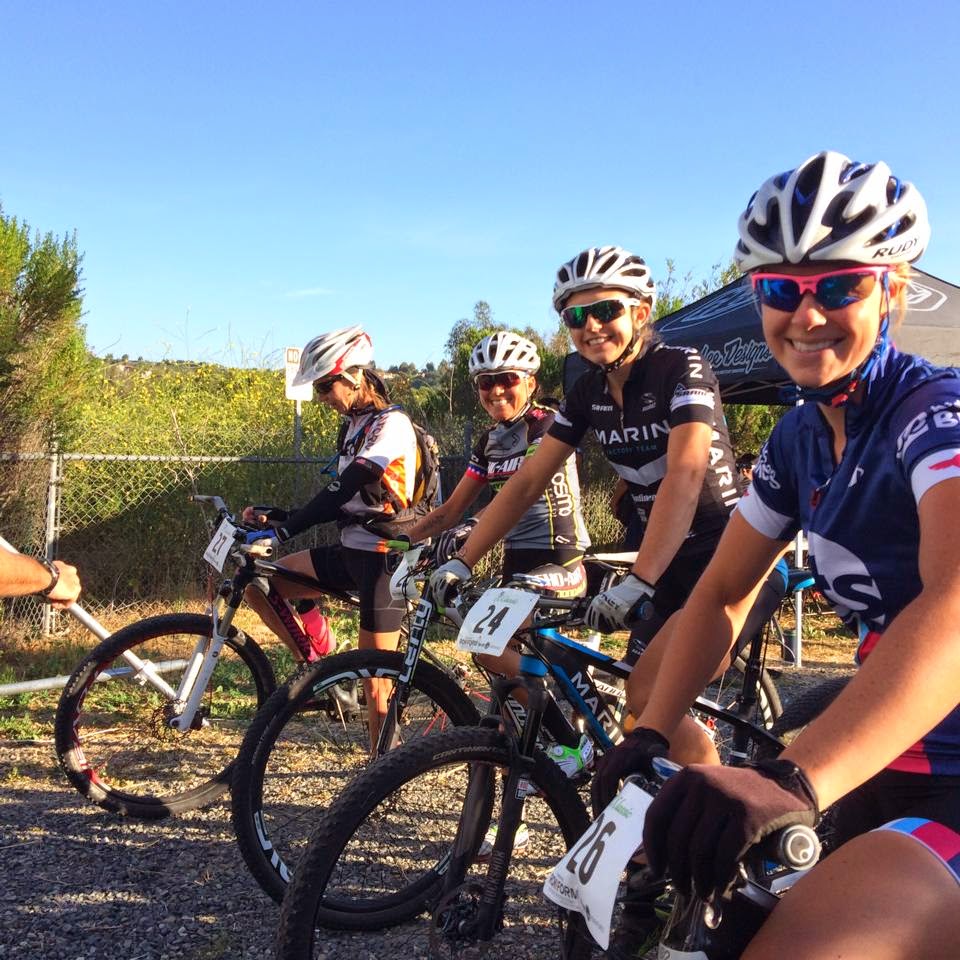 We had our work cut out for us as Andy explained how we were supposed to catch the expert men on the climb up Medows (they had a little over a minute head start). I tried to make Andy proud by passing about 10-15 men by the top of the climb, and had a gap on the other women going into the Mentally Sensative descent. Mentally Sensative is a pretty technical trail, and on my hardtail it was a sketch fest. I still had a blast though, sliding around in the sand and trying to stay upright. At the bottom I was still out front by quite a bit, and I worked to keep it that way up Mathis the first time. 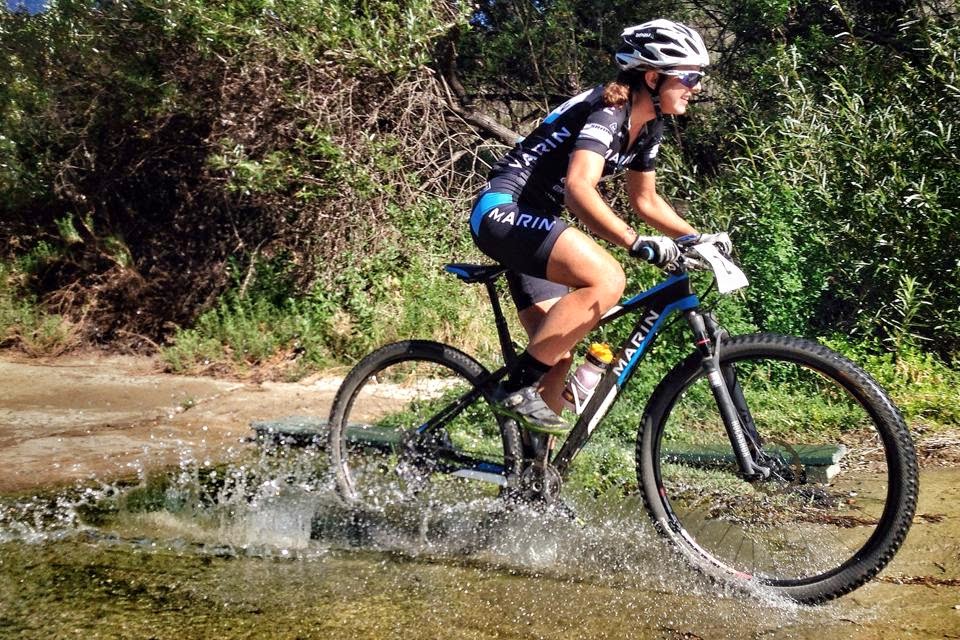 (Awesome action shot by Bill Freeman)
Unlike being off the front in a road race, where you can get splits telling you how much of a gap you have on second place, in mountain bike racing you often have no idea how much of a lead you have. This is a tricky situation, and I played my cards poorly on the first Rock-it descent, riding on the safe side and not taking chances. I was caught doddling at the bottom by Pua, and knew from that point it would take a massive effort on the next Mathis climb to hold her off on the second Rock-it descent. Alas the "W" was not in the cards for me today, because Pua flew past me in the rock garden on Rock-it and I wasn't able to keep her pace descending (I did make it to the top of Mathis in the lead again, but only by 45 seconds or so). I worked my tail off on the 4 mile flat trail back to the finish, but couldn't catch her in time. 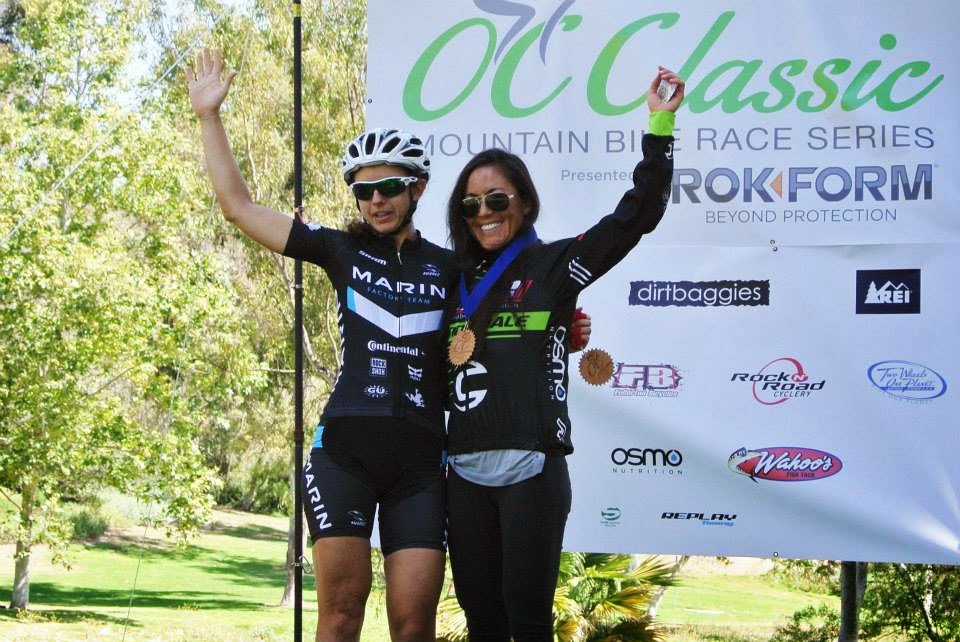 Breaking the rules of the podium once again because hubby left with the car, and subsequently all my clothes.

During my cool down I decided getting beat by a womam with her name and picture printed on her car is not something to be too bummed about. Plus Pua is a rock star and a half. One day I will descend like her, hopefully! I also have to say that racing in Orange County, where so many people apparently know my name is pretty radical. The cheering from spectators and volunteers made my day, even the fools yelling that "Carl was right behind you" and that "the rads are catching you". Ha.

My advice if you live in Orange County, go check out an OC Classics race for yourslef! Talk about good grassroots racing fun with the most positive fun vibe you can imagine. Well done team Non Dot! You guys knocked this one out of the park! 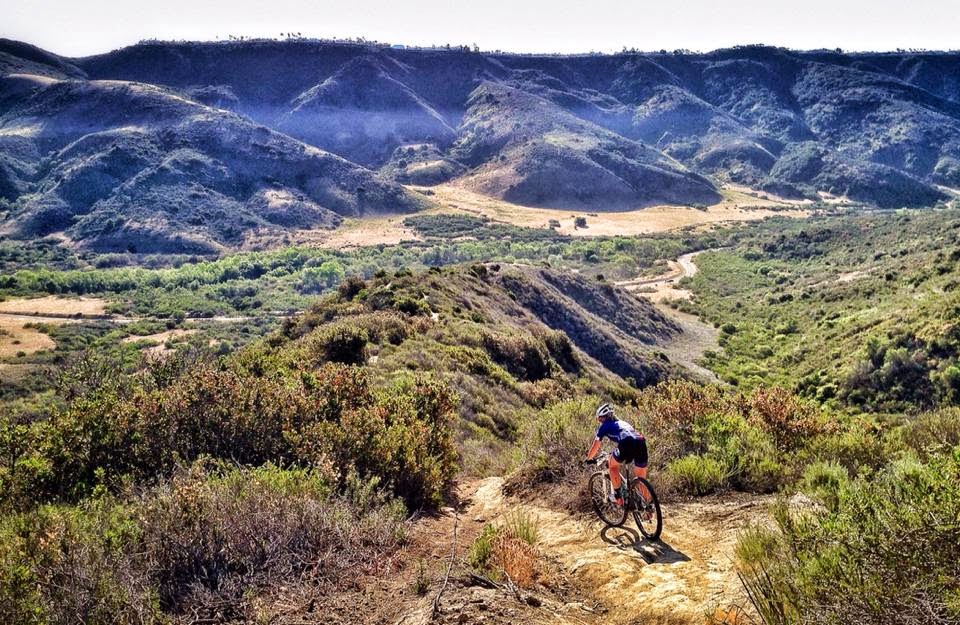 This isn't a picture of me racing, but look how pretty! You could have been there!