Well, the only real madness we encountered was epic amounts of fun, which in my life means lots of playing outdoors.
The weekend kicked off with an awesome workout in Blackstar Canyon (you can find me there riding up and down and up and down... every Saturday now, it's like a ritual), followed by a few hours in the garden. 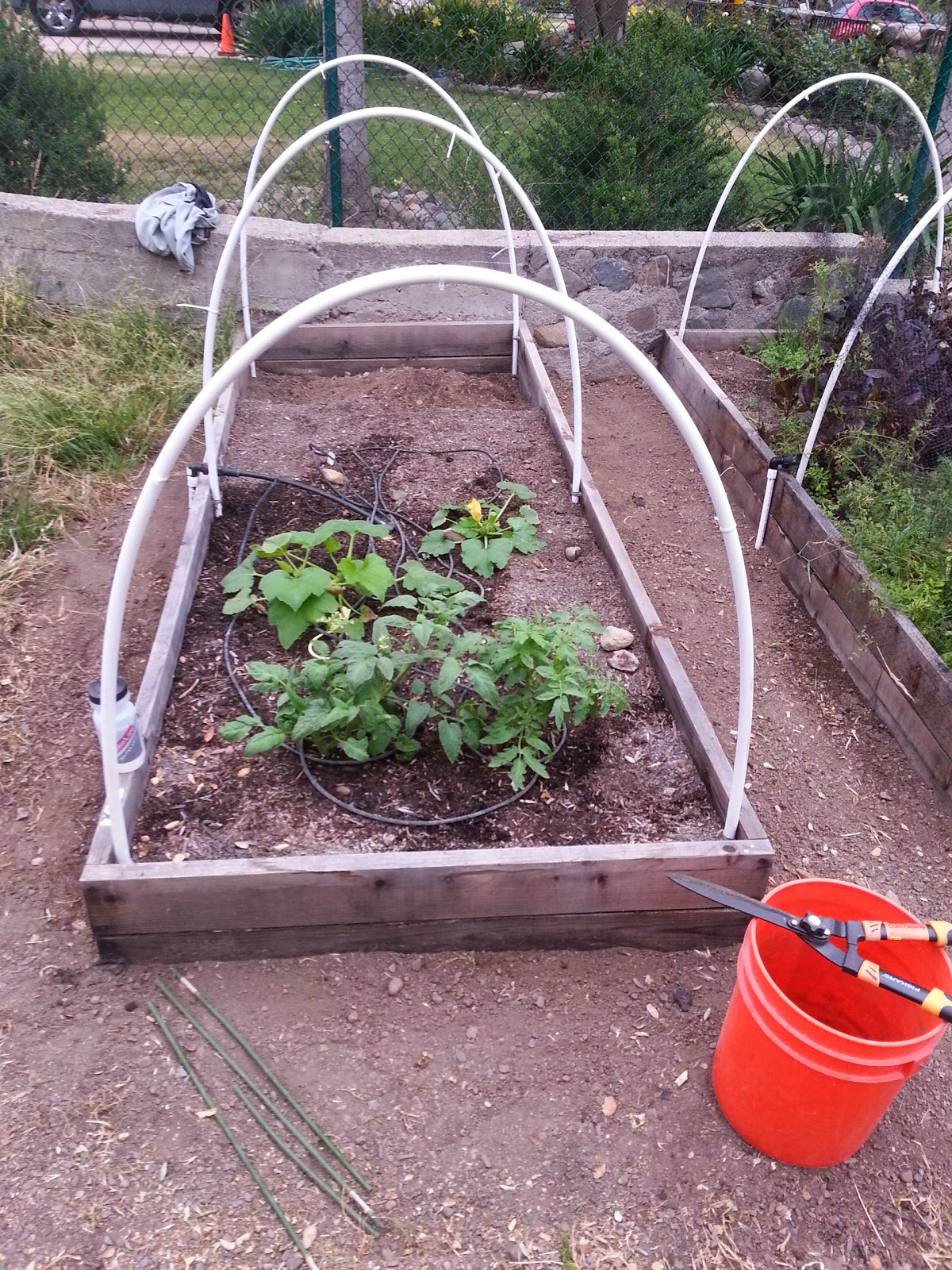 The garden is far from where I would like it to be, but more on that later. I am very grateful for the quiet, solitary hours I spent pulling weeds and caring for my plants while Brendan napped. 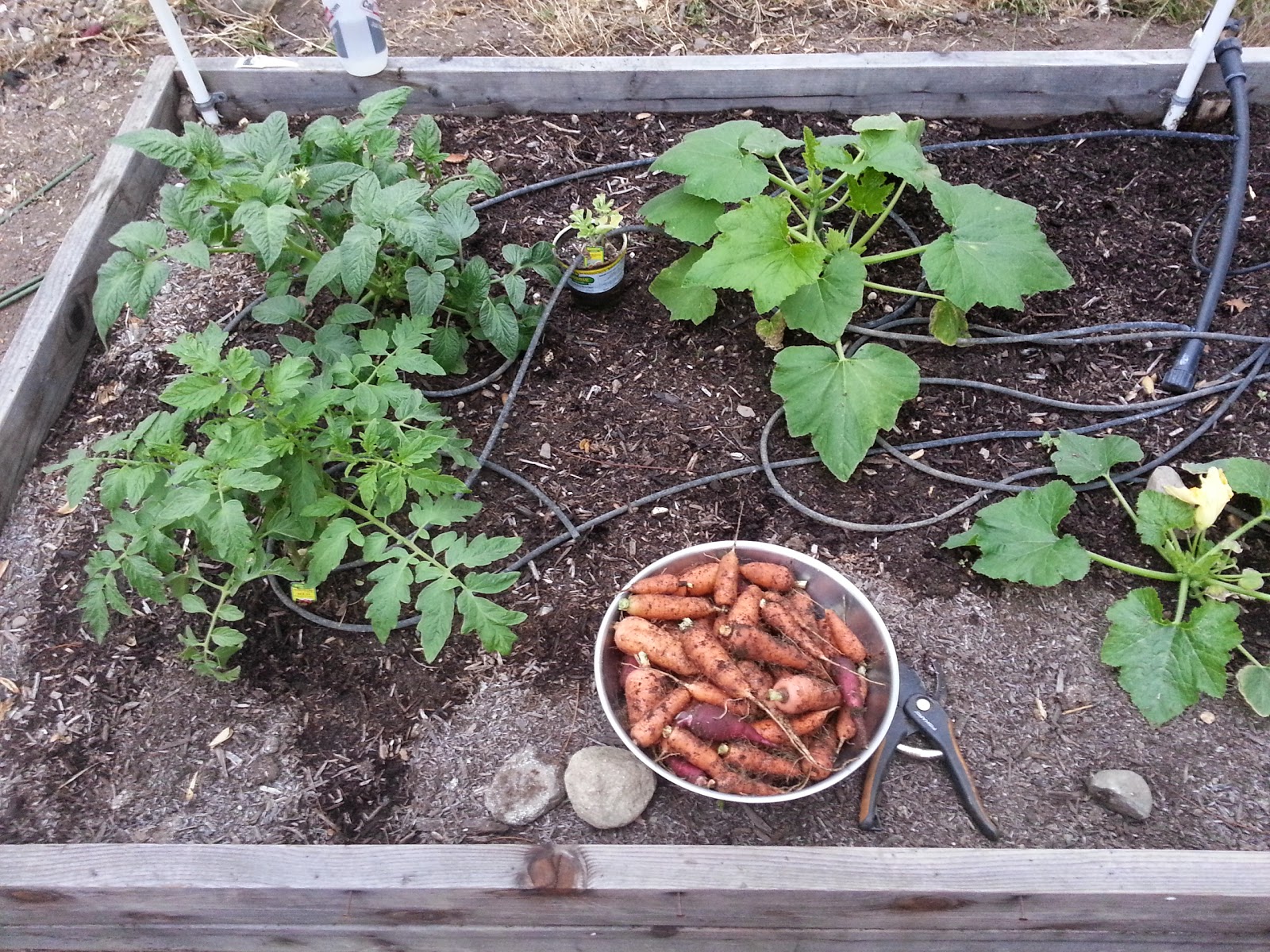 Another task I accomplished was tearing out all the carrots. We did this partly to make carrot cake, and partly because they have been in the ground for a while now, and the aphids were starting to think they looked yummy. 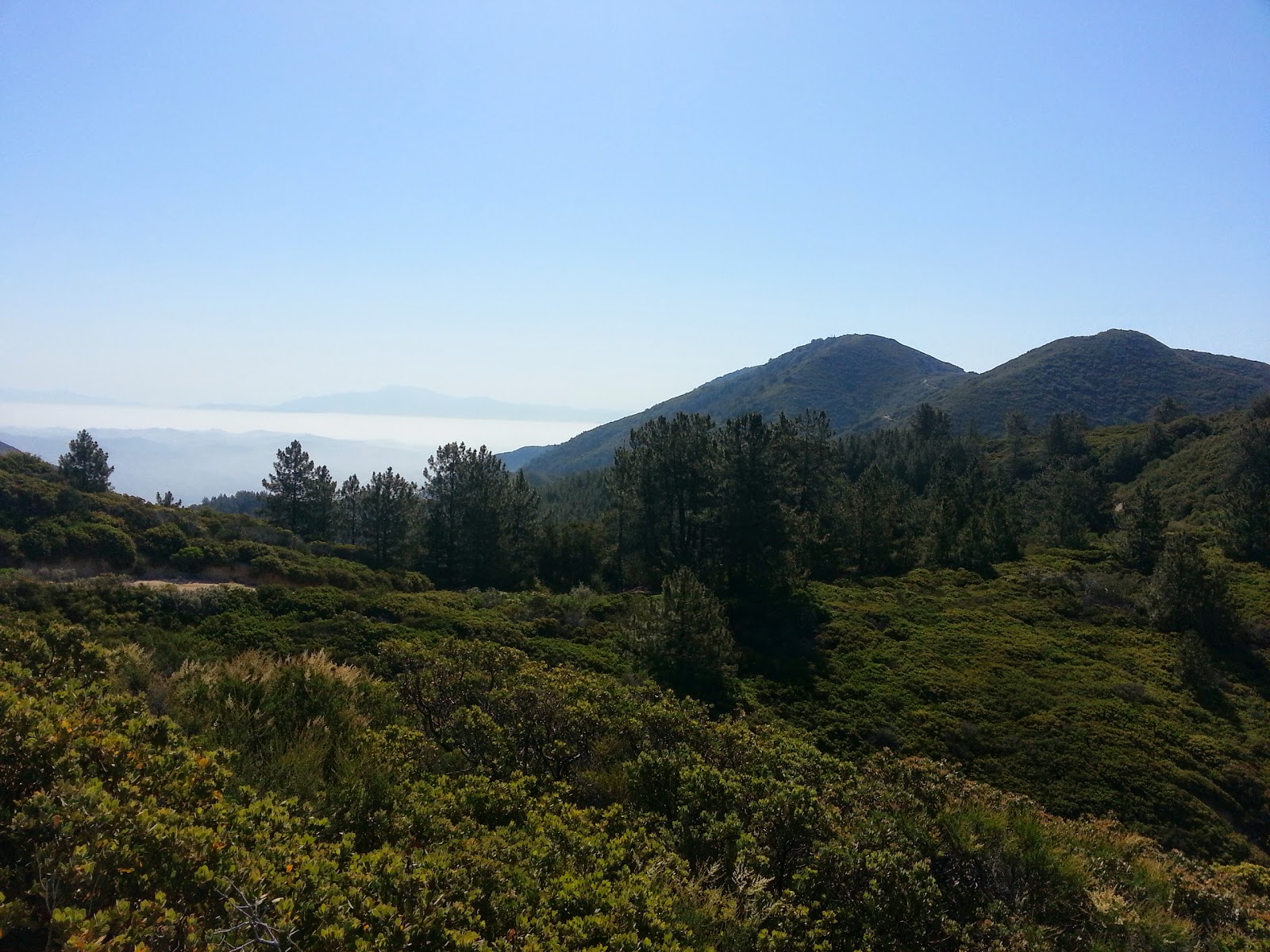 On Sunday I got to ride up into my backyard mountains via Holy Jim Trail. The wildflowers are STILL incredible, just lining the trail the whole way up, and the views are as magnificent as I remember them. Being in the Santa Anas felt like being home for the first time in months.

Post workout I got to ride bikes AGAIN in Aliso with these fun ladies! I may or may not have forced them to do extra laps, but I think they had fun ( I mean I hope so!). Post ride we were very sweaty, so ocean swimming was in order. 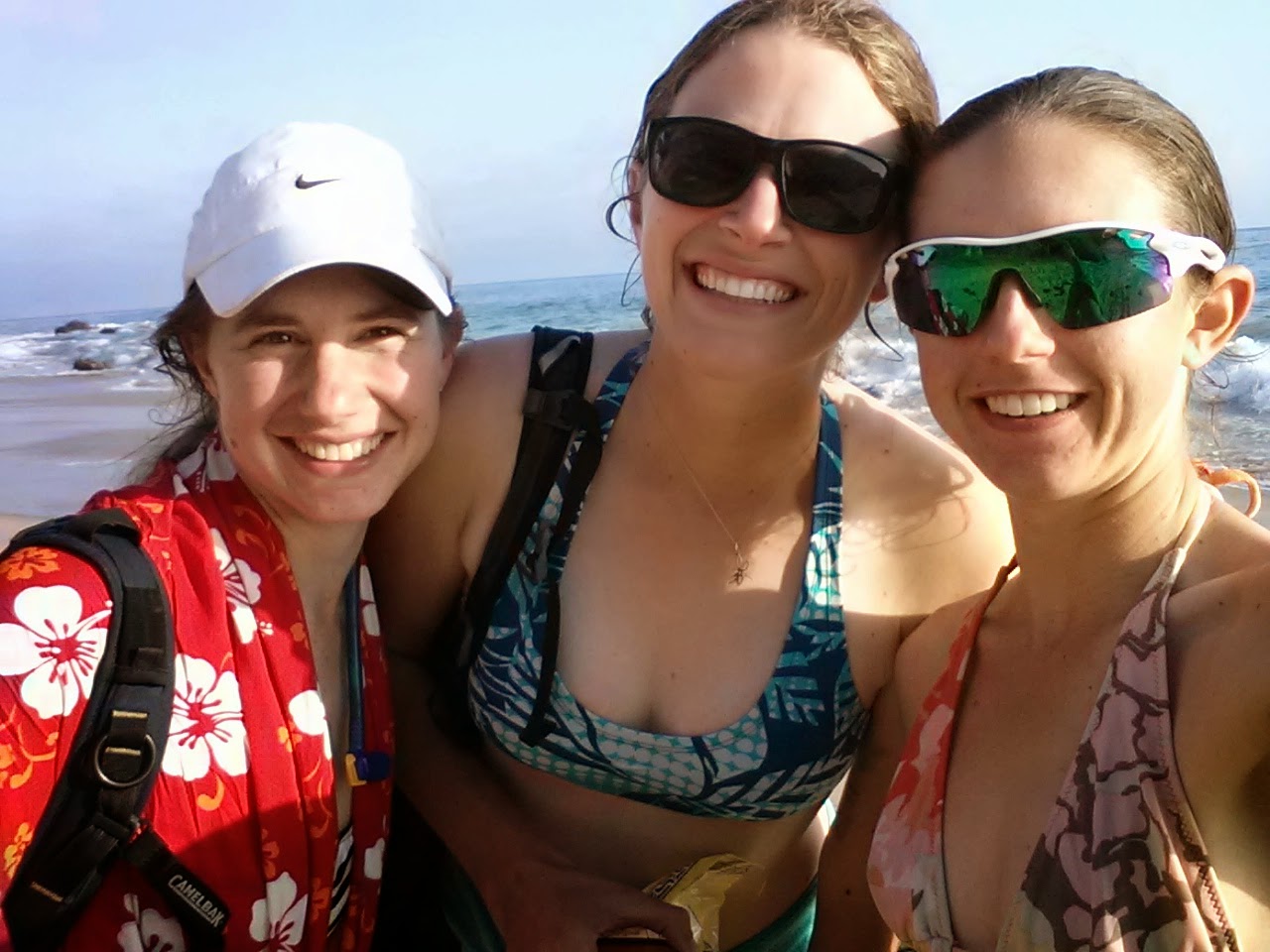 Allie and I decided to throw fashion sense to the wind and rocked the sarongs we have owned since we were 14 on the beach. Unfortunately for Meryl, she was not cool enough to save hers :( 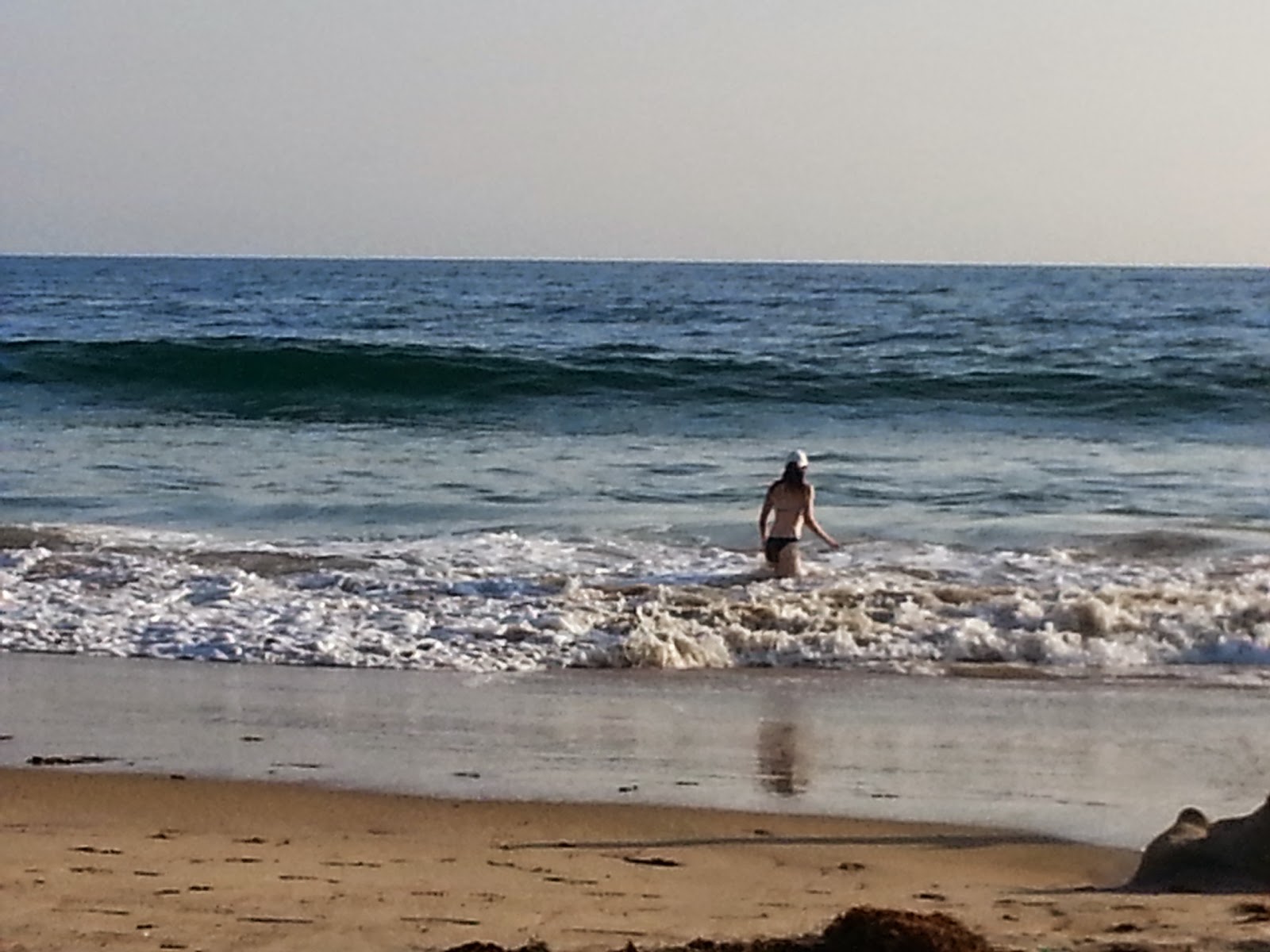 Allie, trying to be one with the whales (if oyu know what I mean ;-) 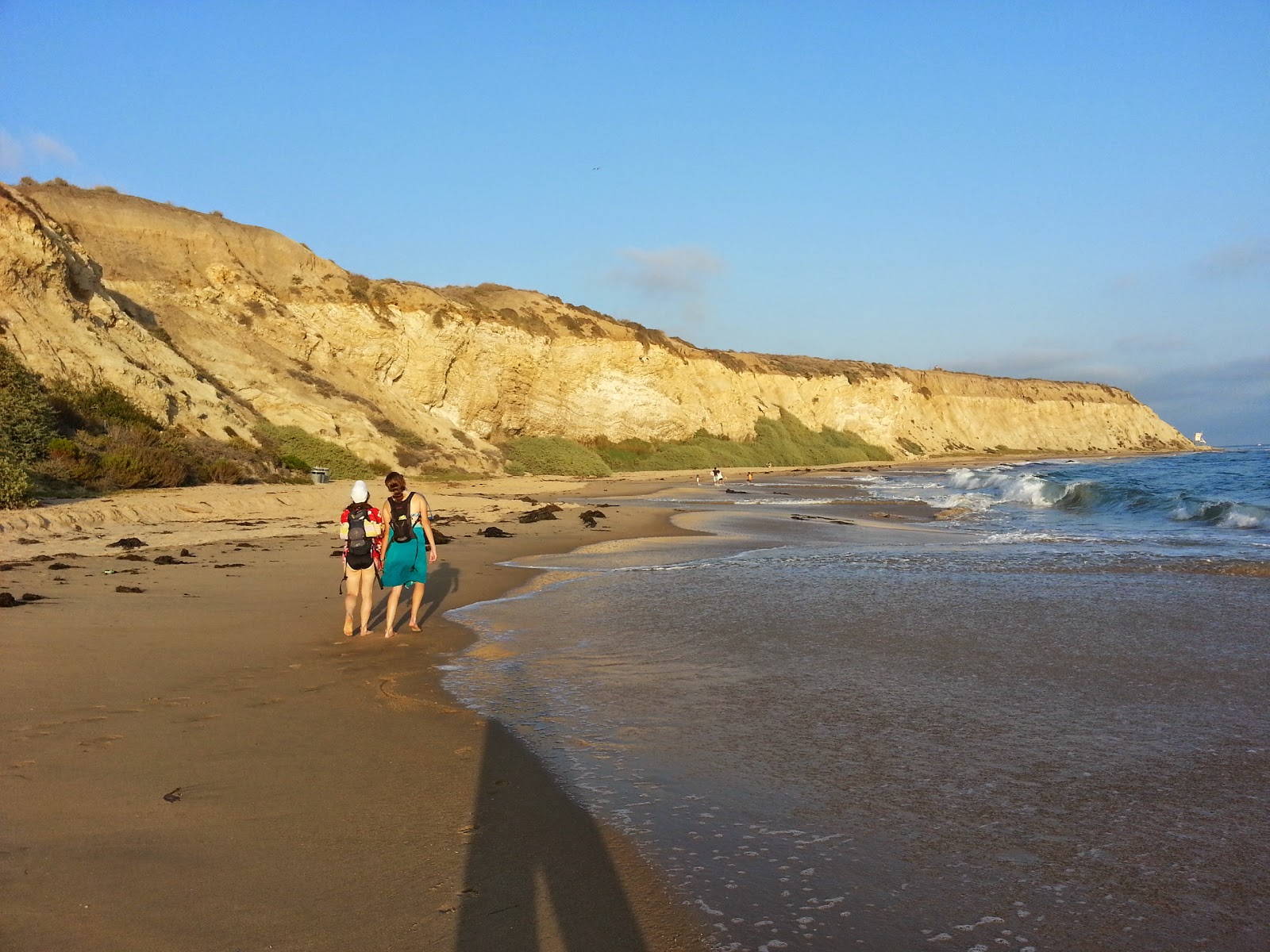 We also had a romantic 3 mile walk on the beach, in which a plot was hatched by Meryl and Allie to throw me in the ocean. For some reason, they think romantic walks shouldn't involve walking for an hour and a half, and traversing sharp rocks in bare feet. Weirdos!
Highlight of the beach trip was definitely seeing a seal and dolphins close by right after Meryl and I got out of the water (immediately after having a mid swim discussion about how wild animals in the ocean scare the crap out of us!)

Sadly, because the romantic walk was so long, we didn't have time for hot-tubbing and Settlers of Catan on Sunday night! Instead, like a bunch of old farts, we all fell asleep right after dinner.

Monday was another #outsideisfree day, which consisted of shuttling the best trail in Orange County, San Juan Trail. By shuttling I mean we parked at the top, we all rode down and then LARISSA had to ride back up to get the car in the 90-something degree heat. 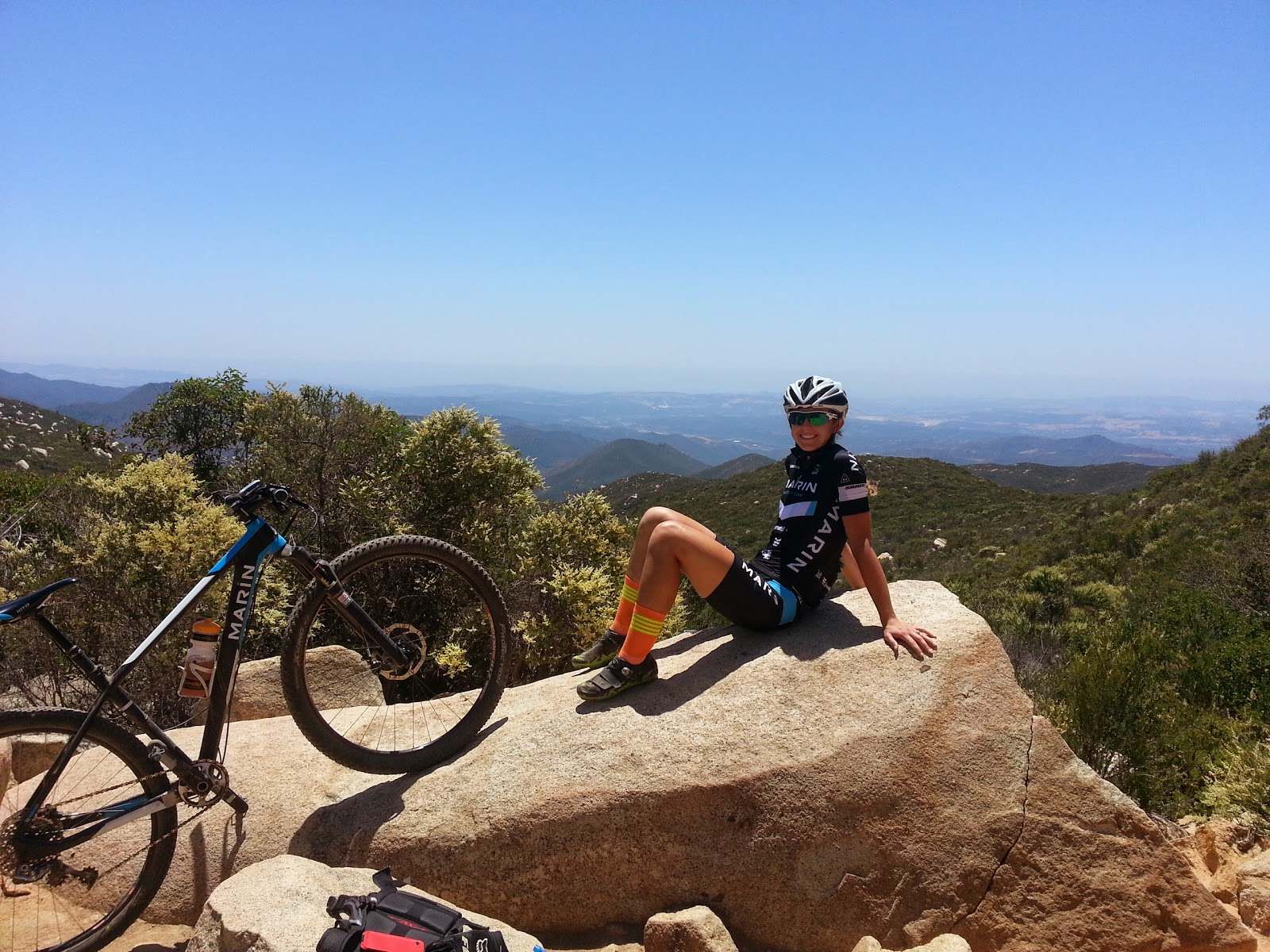 I had a little love affair with Harriet while waiting at Cocktail Rock. 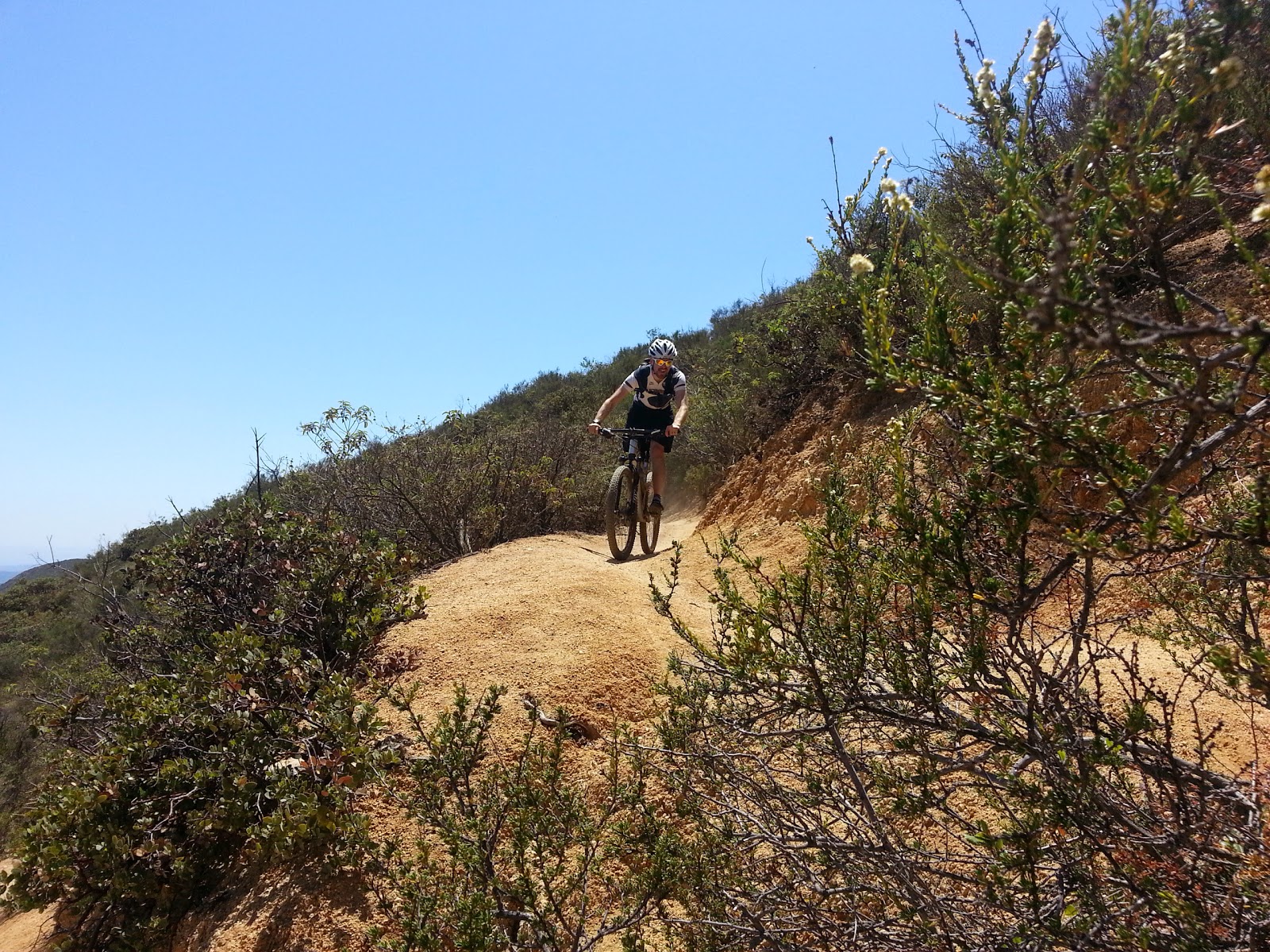 Brendan got to shred with us (a rare occurance), and his lack of knee pain made my heart happy! Plus seeing him clean switchbacks and shralp rock gardens makes me swoon. 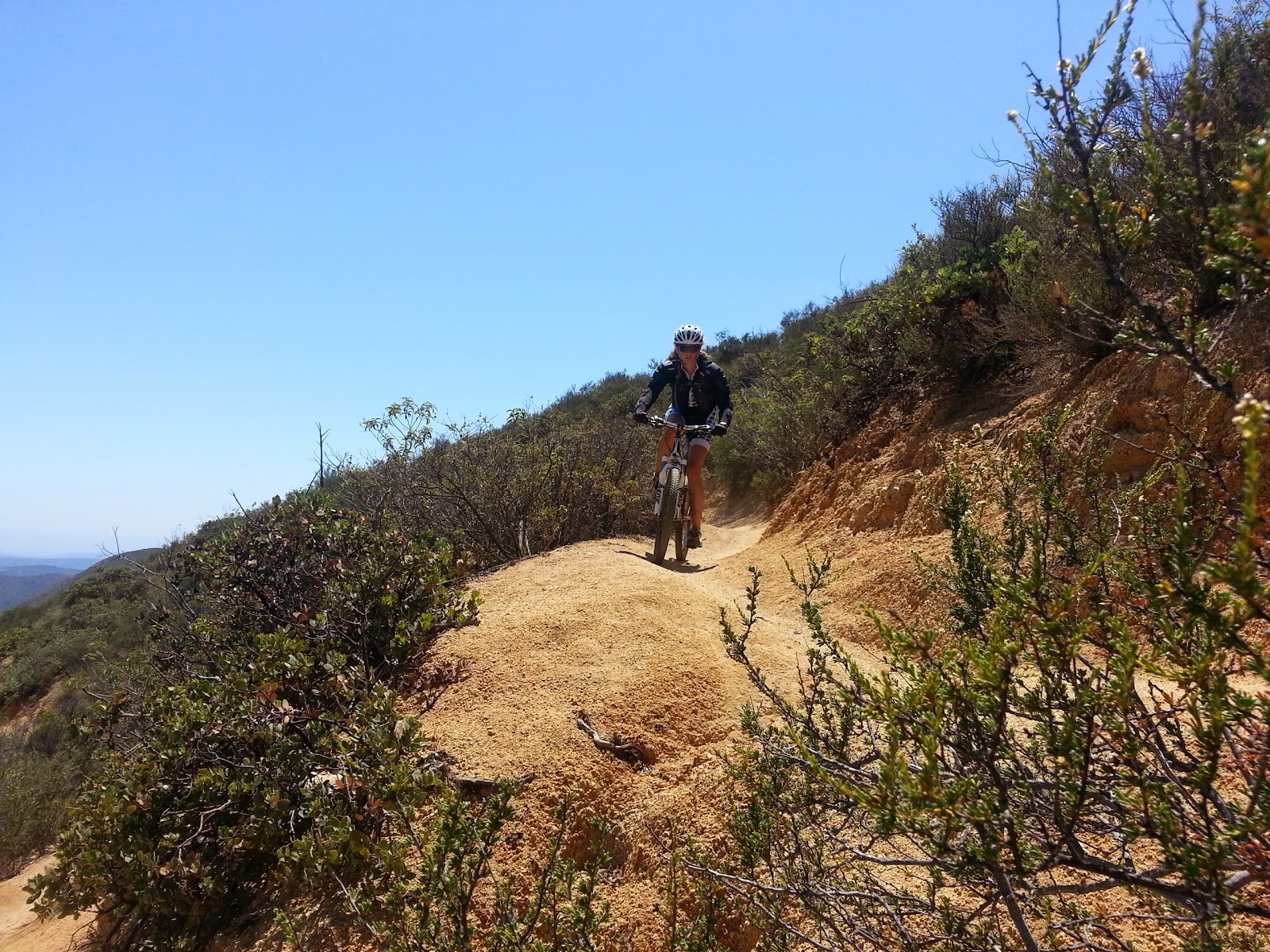 Meryl choose to wear some armor to defend against crashes. I think it helped because she was shredding too, despite having a pretty bad crash not too long ago! I failed to get pictures of Allie because I am a slacker, sorry Allie.

Throw in a good protion of delicious food, cider and dog petting, and that is our weekend in a nutshell! Of course we spent some time thinking about those who have died in combat serving our country, and listened to a very interesting NPR story about how we basically treat our vererans like crap in this country. A sad story, but a topic worth thinking about. So thanks veterans (I know it's not veteran's day, but they always deserve to be thanked), and thanks to those no longer with us!