This picture sums up the second part of my spring break, the part when I just rode bikes in Nor Cal all day every day.

Post Sea Otter I headed north to stay with sister in Santa Rosa and spend some serious time romping on my favorite trails and roads. 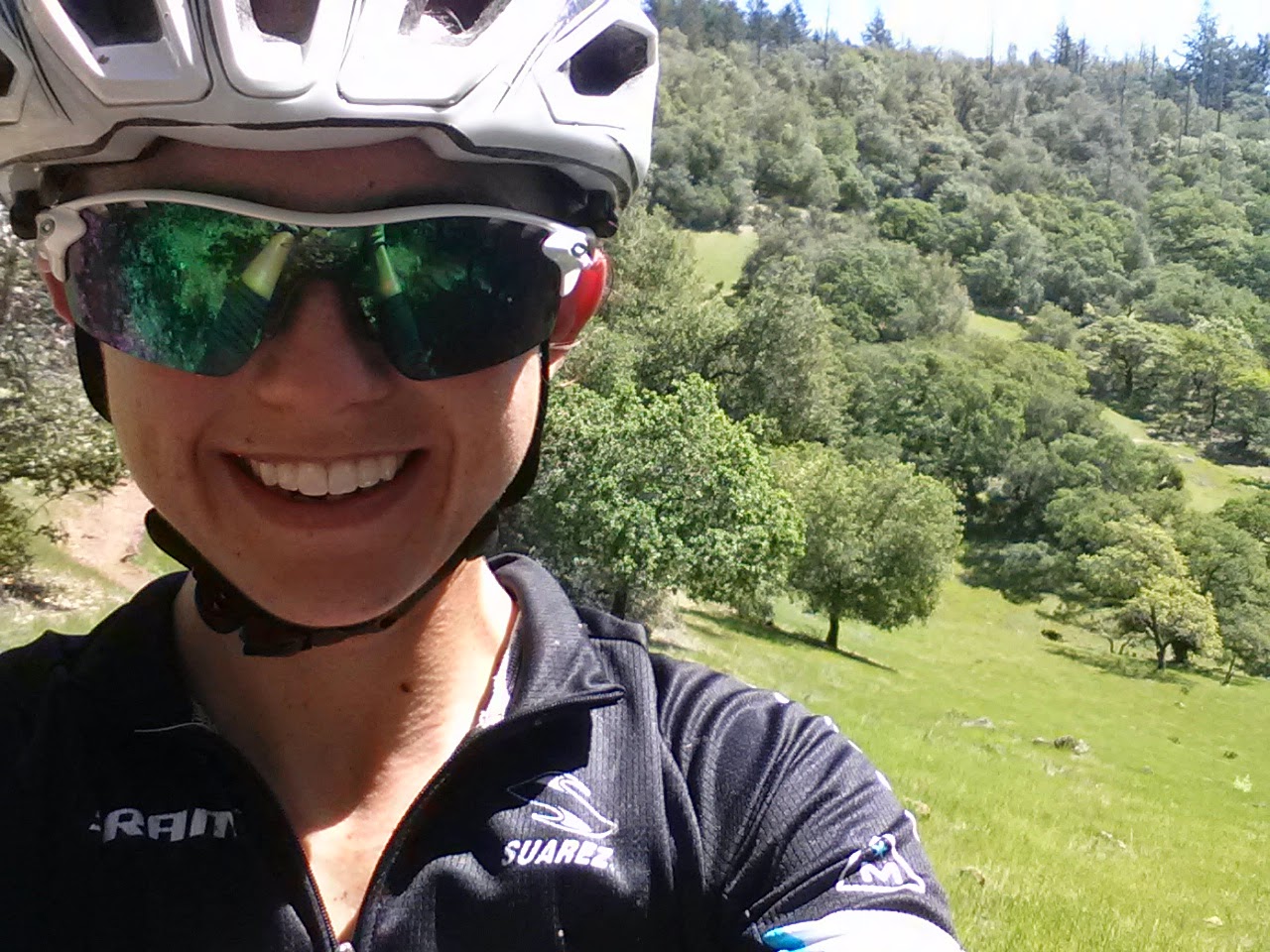 First I spent a day schralping the trails I grew up riding in Annadel State Park. The ride started as a CA Marin Factory team shred sesh, but then muscles mcgee (aka Mike Hosey) decided to get a REALLY close look at some rocks on South Burma trail (by faceplanting on them), and he was forced to call it a day. The rest of the day was a true soul ride. There were many stops to check out the incredible wild flowers, and to take pictures of the majestic oak trees. 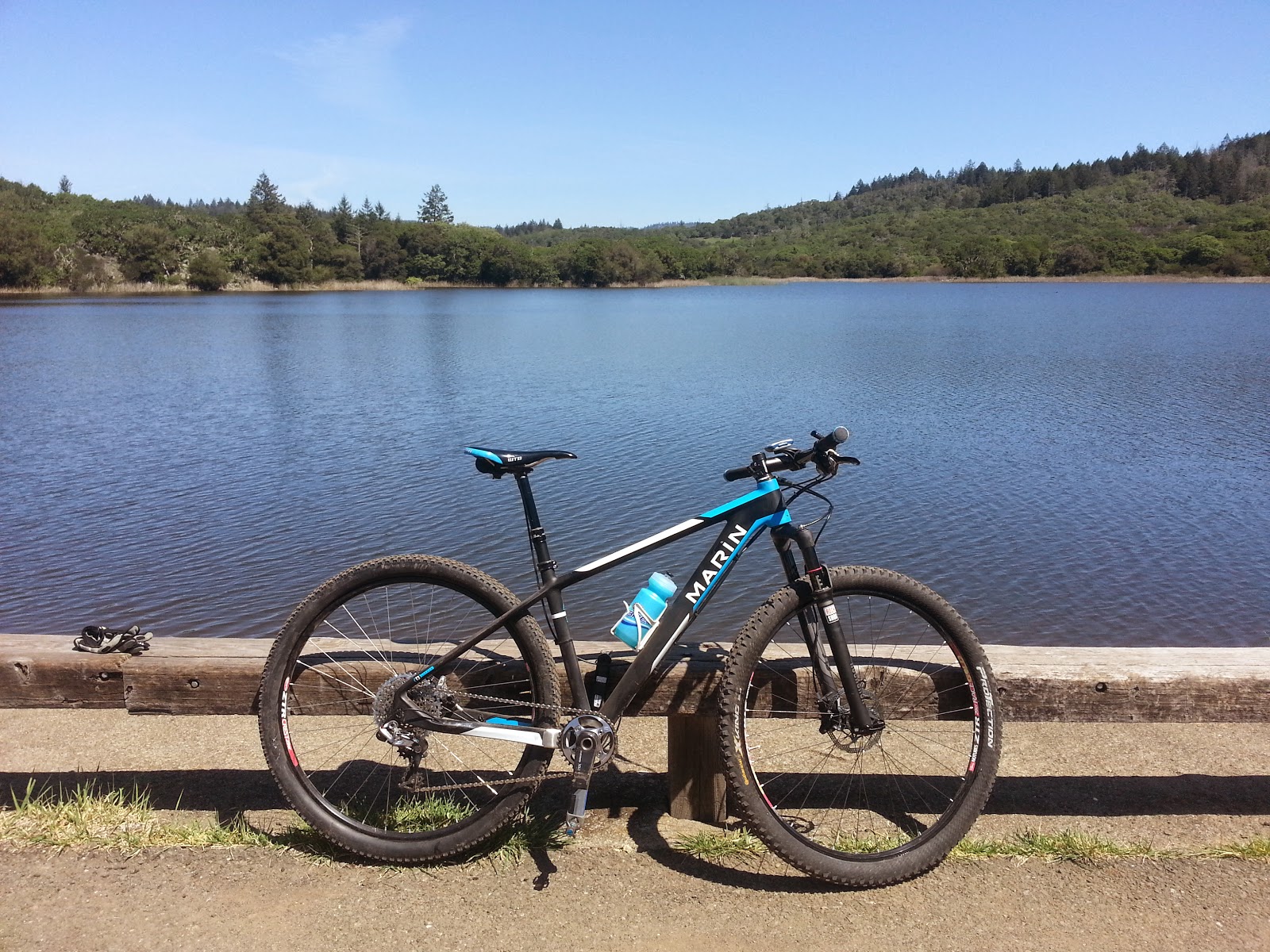 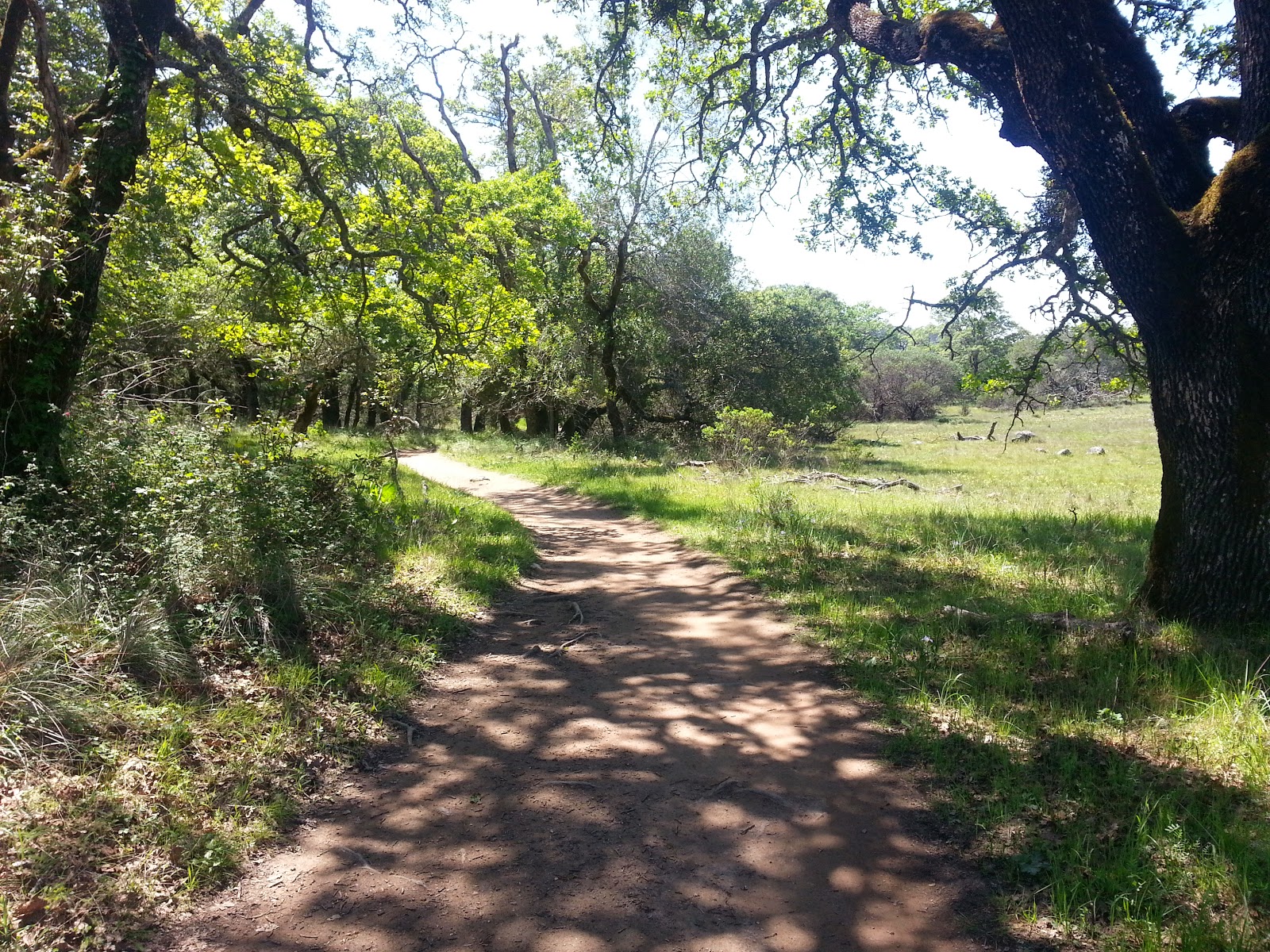 On Tuesday I wanted to ride with sister, but of course she had to do an interval workout! Instead of doing that silly business I rode out with her to the hill where her torture was to take place, and continued on to one of my all time favorite climbs, Trinity Grade. 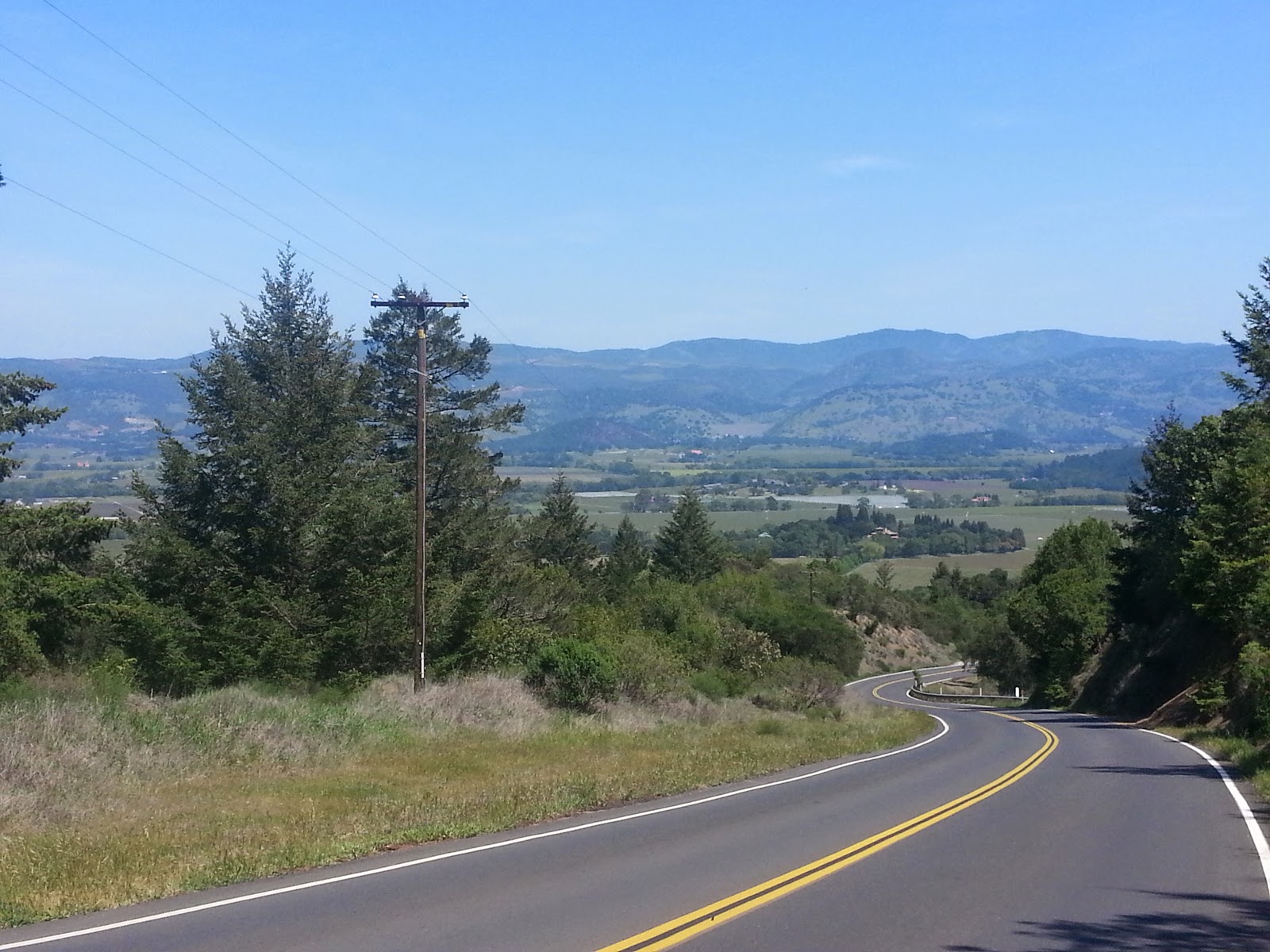 Trinity was beautiful and twisty and sweaty just like I remembered it! Then it was down to Napa county via Oakville Grade. Oakville Grade has one of the better views in Sonoma/Napa because you look out over a patchwork of wineries as you descend. Once in Napa I headed north on hwy 29 to the ominous Spring Mtn Road, and had my butt kicked by this killer climb. It was beautiful though so, the beating was almost enjoyable. 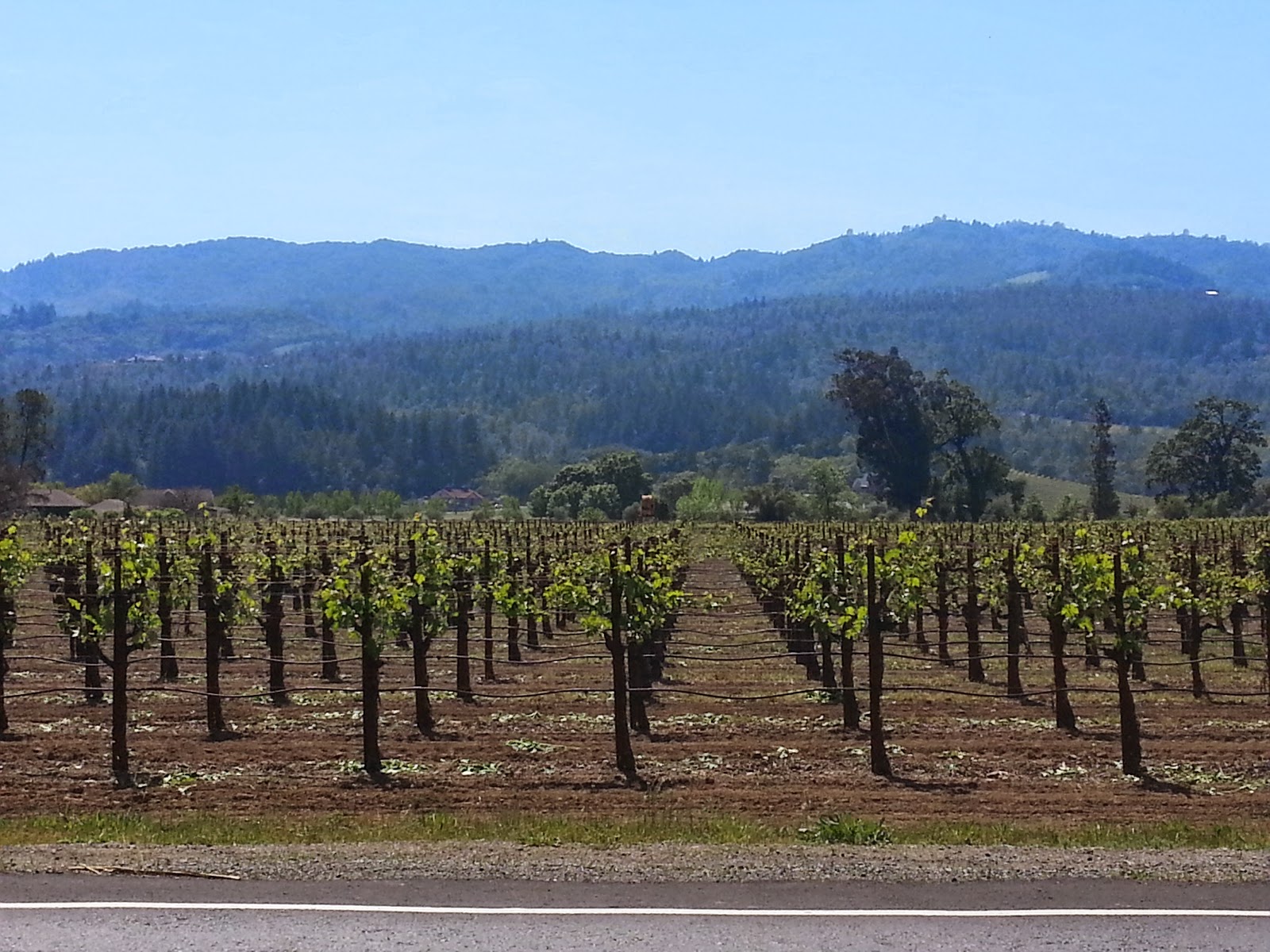 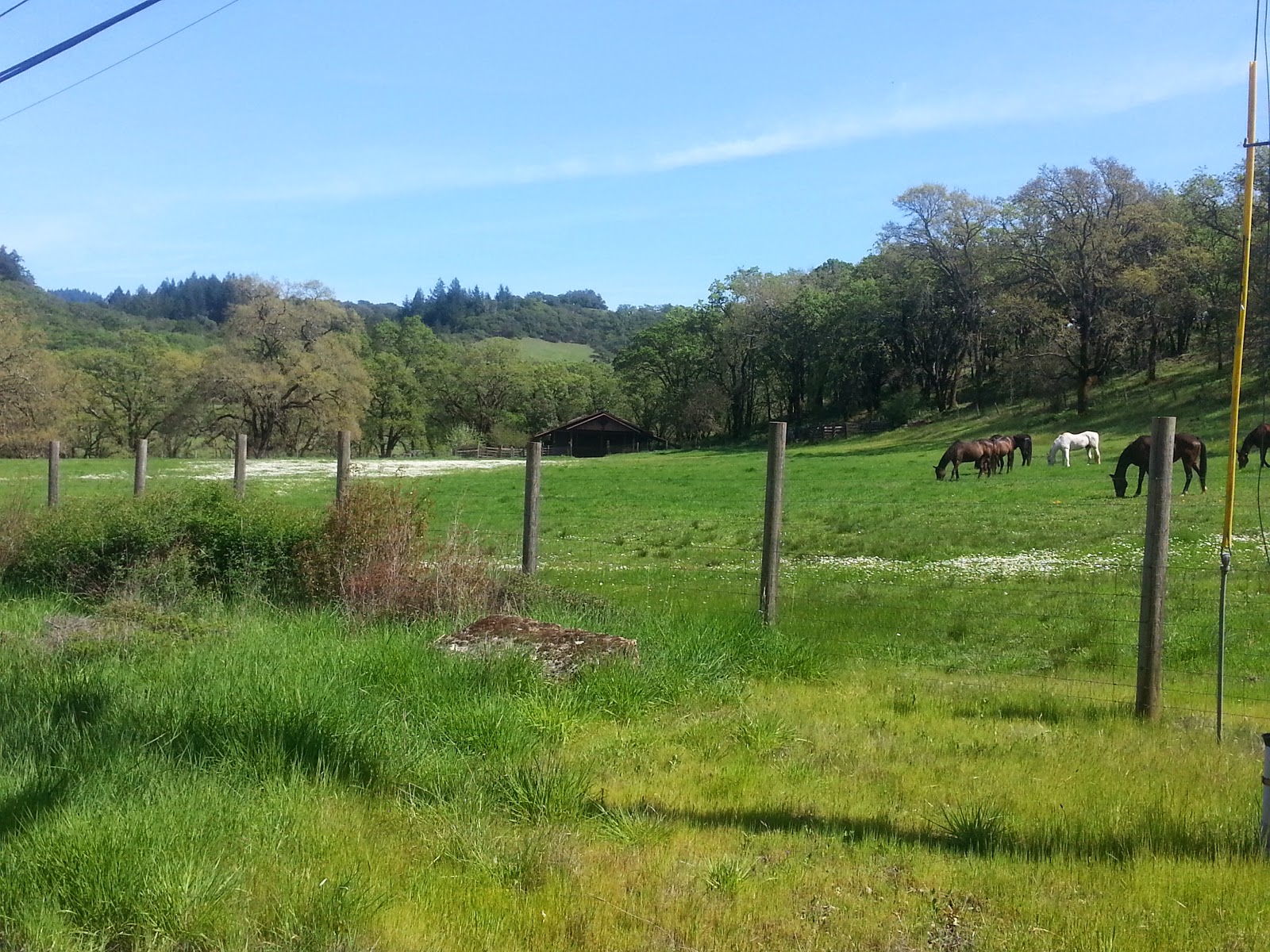 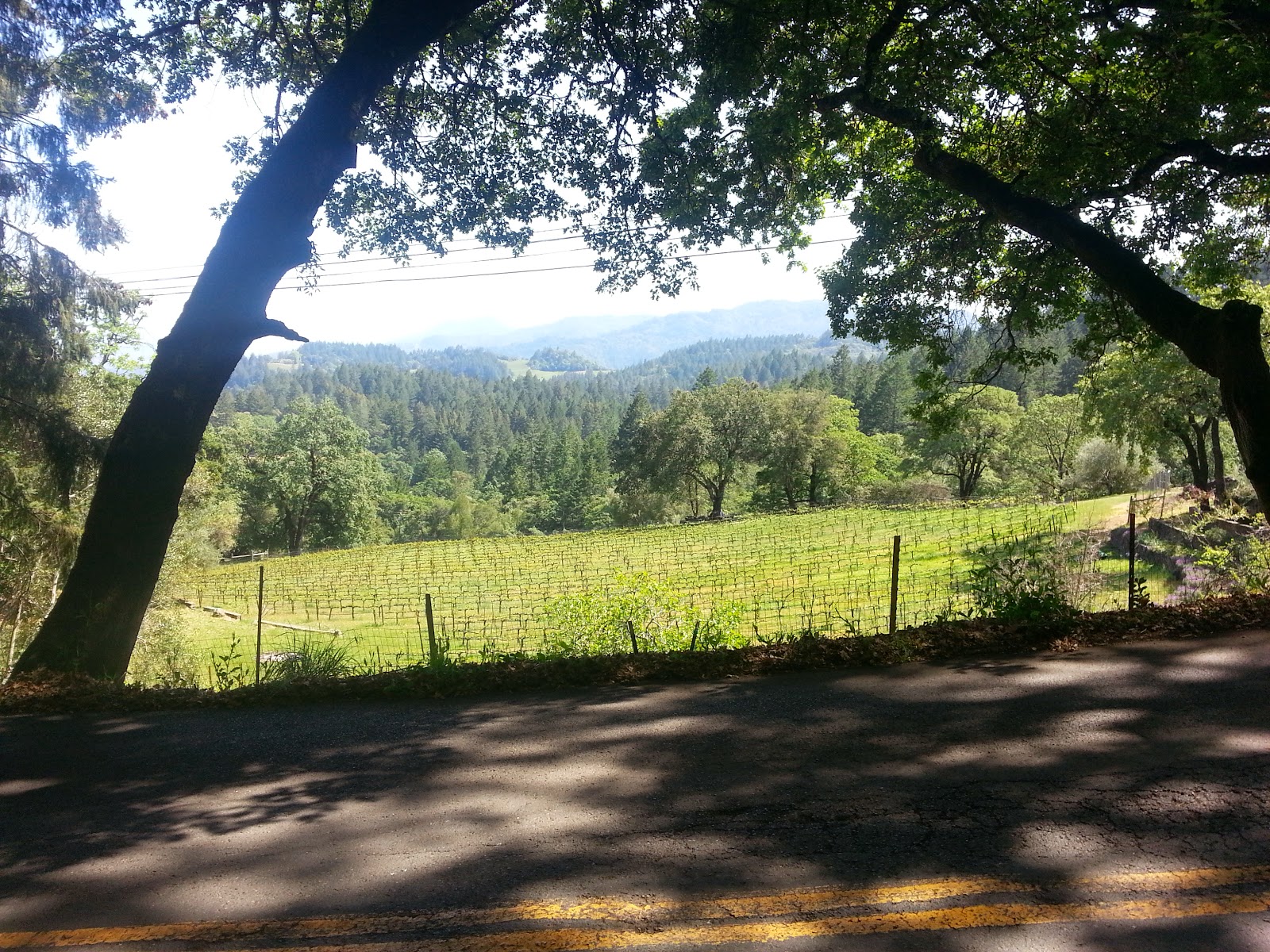 Some views from my romp in Napa County. Grapevines for days, rolling green hills full of flowers and horses, and a peek through the trees on the climb through the Mayacama mountains.

To wrap up the NorCal adventure, on Wednesday I headed to the South Bay to play with Team Cliff Bar rider Menso the slayer. I told him I wanted to do a 4-5 hour soul ride, so of course he took me on a 6 hour soul crushing ride. Same thing, right? 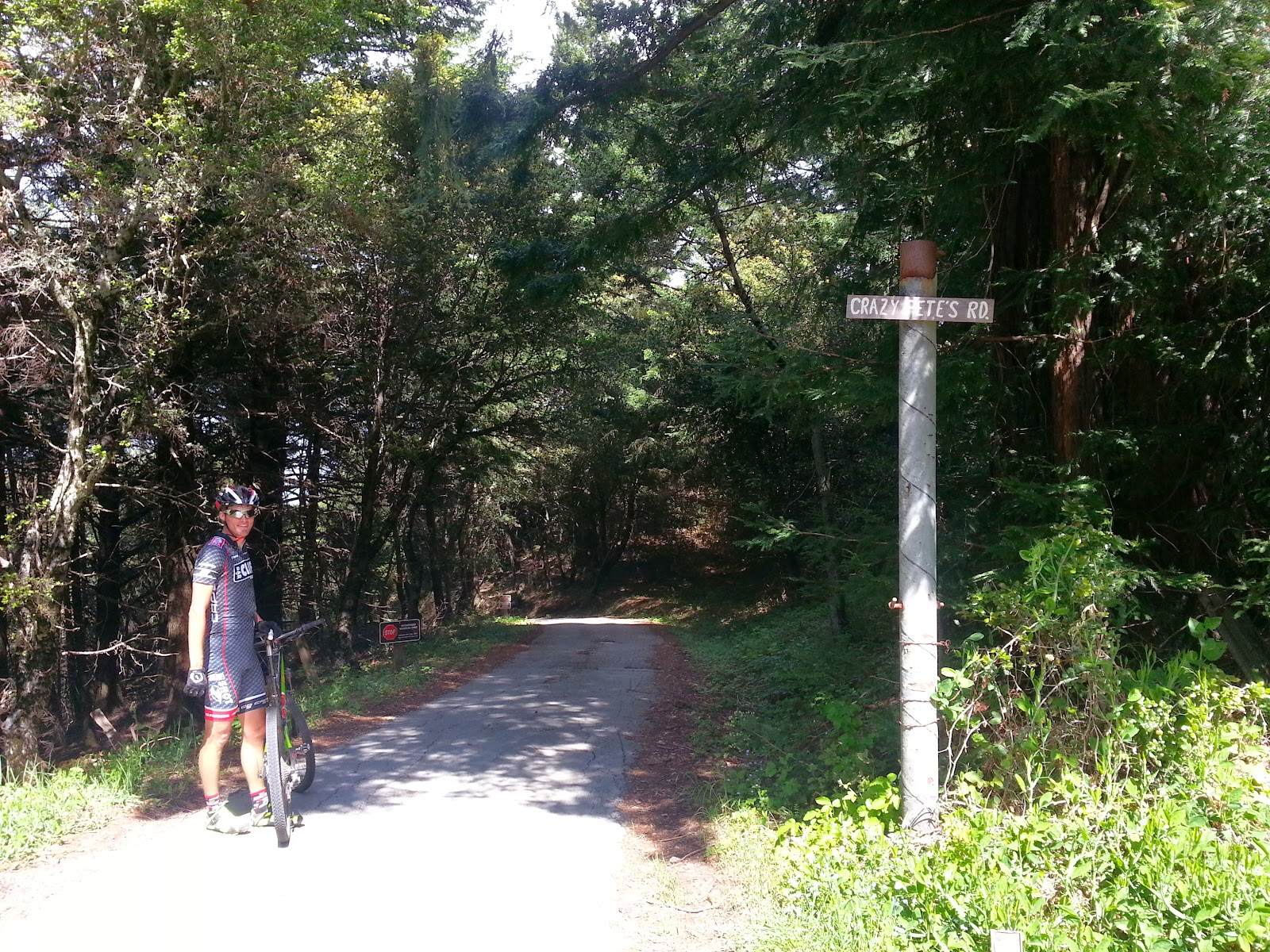 We rode basically every legal park on the peninsula, and ended up with 61.5 miles, 10k climbing. It was epic, not just in length, but in beauty and rad trail-ness too. There were flowy knee dipping descents through forests of redwood trees, tough climbs on heinous fore roads, and screaming fast descents through wide open meadows with ridiculously pretty views (this last trail type is the hardest for me because I can't stop looking at the view and almost crash every 2 minutes). By the end I started to loose my mind a little, and my stomach started eating itself a lot, but I think I found my chi or some shit like that maybe 10 times on this ride. Something about pumping your bike through flowy redwood forest trails, that's what I live for.

I don't upload rides to Strava often, but I was pretty proud of my 77 'achievments' on this ride!
Seeing as I was starving to death, I refused to go any further than Pete and Marcus' house on Skyline rd, showed up totally unanounced, dragged them to Alice's Resturaunt, wolfed down a huge burger and mud pie, and then invited myself to spend then night in their guest room.
It was a great ending to a 3-day "unstructured" week of riding! And thank God Pete and Marcus live where they do, because I would have slept in my car on Skyline had they not lived there! Moral of the story, if you live near rad trails and I know your address, I may show up at your door demanding a place to sleep some day!
Now it's time to go ride bikes!