I knew by the end of lap 1 of the Sea Otter Classic xc that I was having the race of my life. I had been sitting at the back of a group of the top 10 women in the race,  patiently following and moving around riders as they got gapped off on the climbs.
By the final climb on lap 1 the lead group of four women were a few seconds ahead of my small chase group of three (we got stuck behind a girl with a mechanical which created the gap). 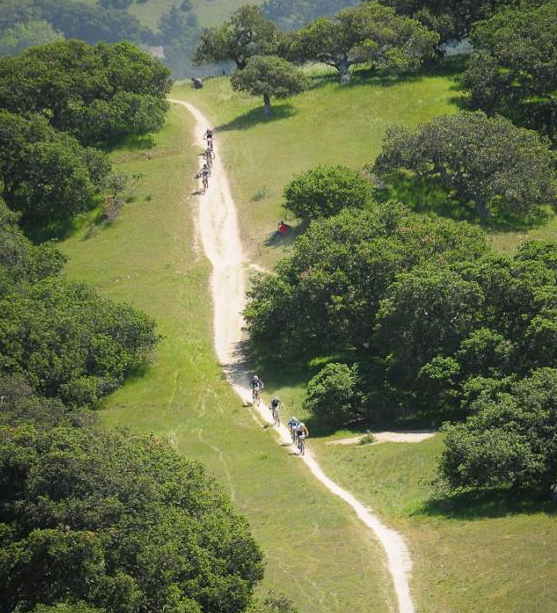 If I did anything wrong, it might have been underestimating myself and not trying to bridge back to the top four, but I made the judgment call that sticking with experienced riders Michaela Kofman and Kelli Emmet would put me in a good spot at the end of the race (seventh place sounded outstanding to me at that point). 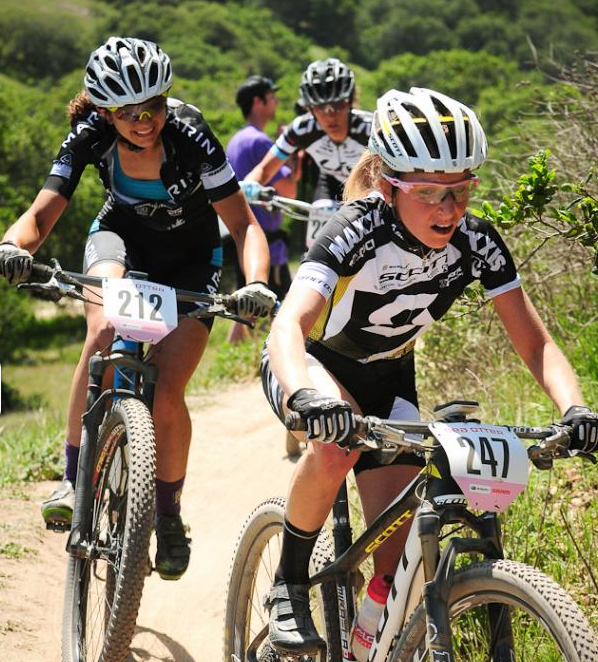 Our group worked together on the second lap with me pulling on the pavement and Michaela leading on the single track climbs. At some point we dropped Kelli and I also remember thinking we weren't going very hard. I justified staying behind Michaela with the idea that she is much more experienced than me, and might have been pacing herself so save matches for the final killer climb. This idea fell apart though, when we got passed by Rose Grant. I took off after Rose, and eventually put a few seconds gap on her over some steep fire road kickers. By this point my legs started cramping and it was a brutal effort to keep her away until the finish. The idea I could stand on the podium didn't cross my mind until I rode onto the track at the end of lap two. 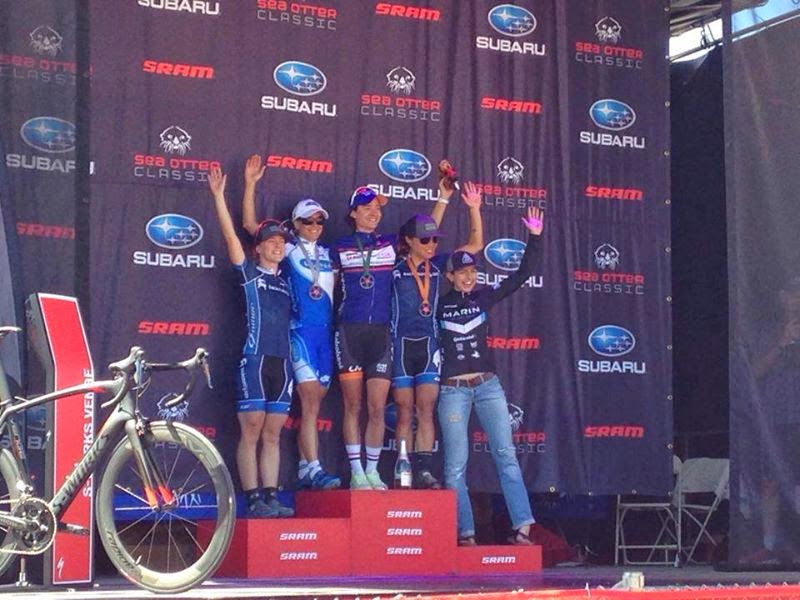 I guess it's a little cliche, but have you ever had one of those races where everything seems to fall into place just right? You avoid the crash, keep up on the descents, stay with the lead group from the start and pace everything just right to have enough legs for one final hard attack. That was my Sea Otter XC race. It was the stuff off dreams. Tack on two days of team bonding, a mini UC Davis cycling team reunion, my sister winning the cat 3 road race, and geeking out over cool bike stuff and I would say it was an excellent weekend.

I'm so grateful to Marin Bikes for giving me the opportunity to race my bike at this level and to my awesome coach who has been beating the crap out of me for weeks to prepare for this.