Well Sea Otter is becoming a pleasant memory, but I feel like I need to share a few more non-race related photos of the party, and the first half of my spring break. 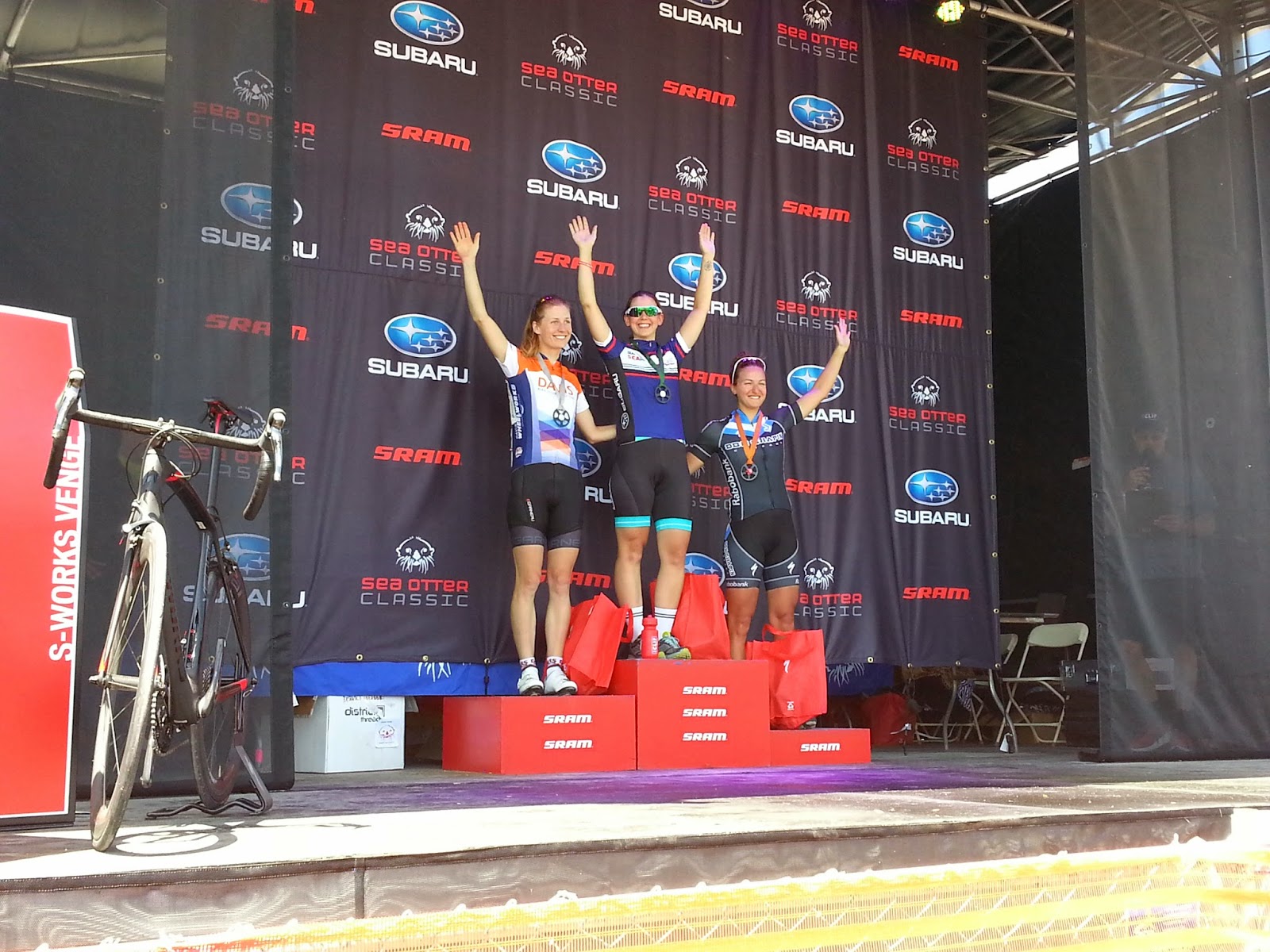 Here is my sister winning the cat 3 women's roas race, earning the remaining upgrade points she needed to race cat 2! Now I could race road bikes with her... if only there was time for that. Got to see some of my favorite people at Sea Otter, including this guy! Phil used to push me around when riding bikes, he's the best. 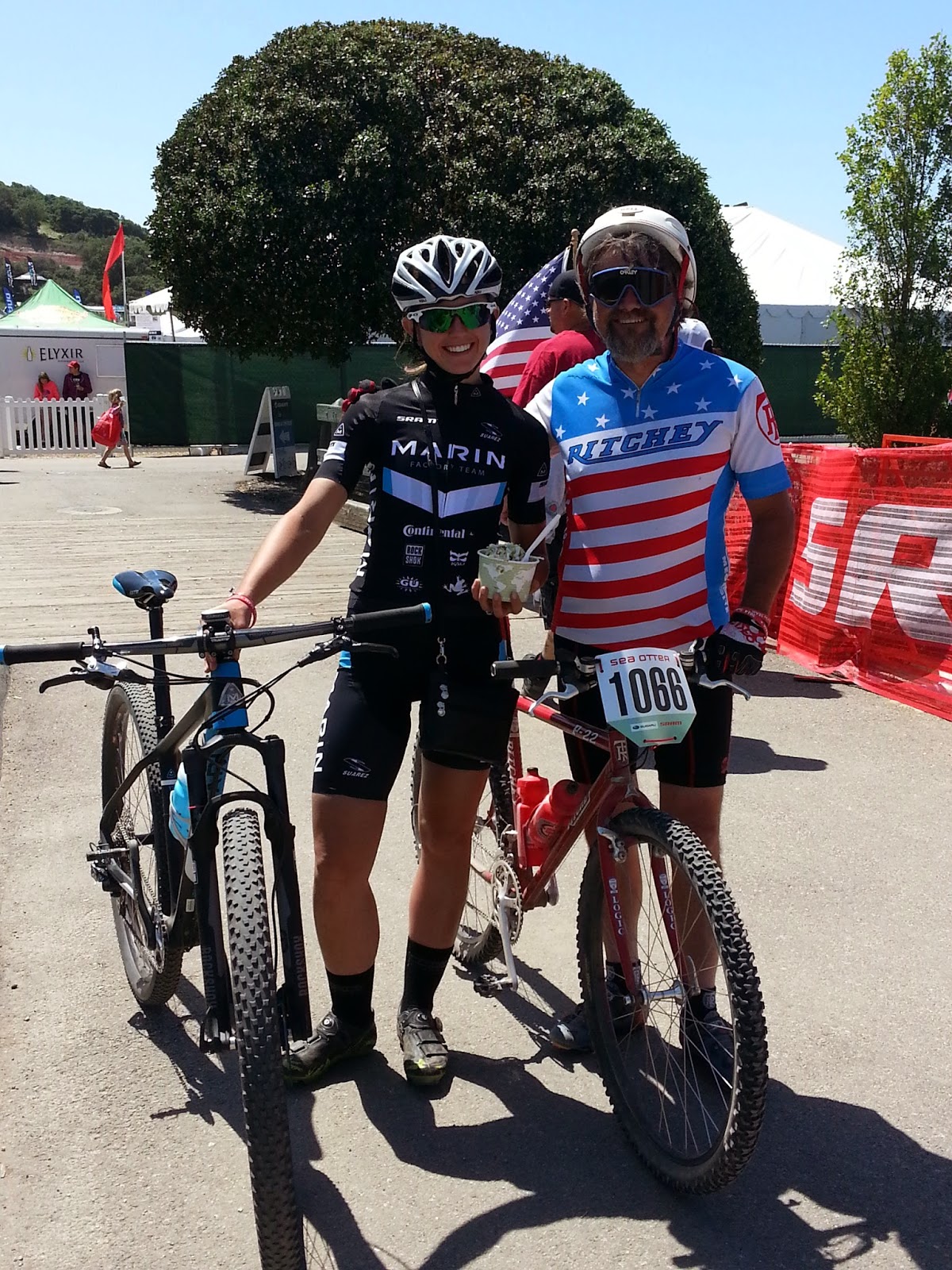 My all time favorite pro trail builder from Big Bear Gavin decked out in retro gear. I had no idea I would run into this creeper, but there he was in all his creepy glory. 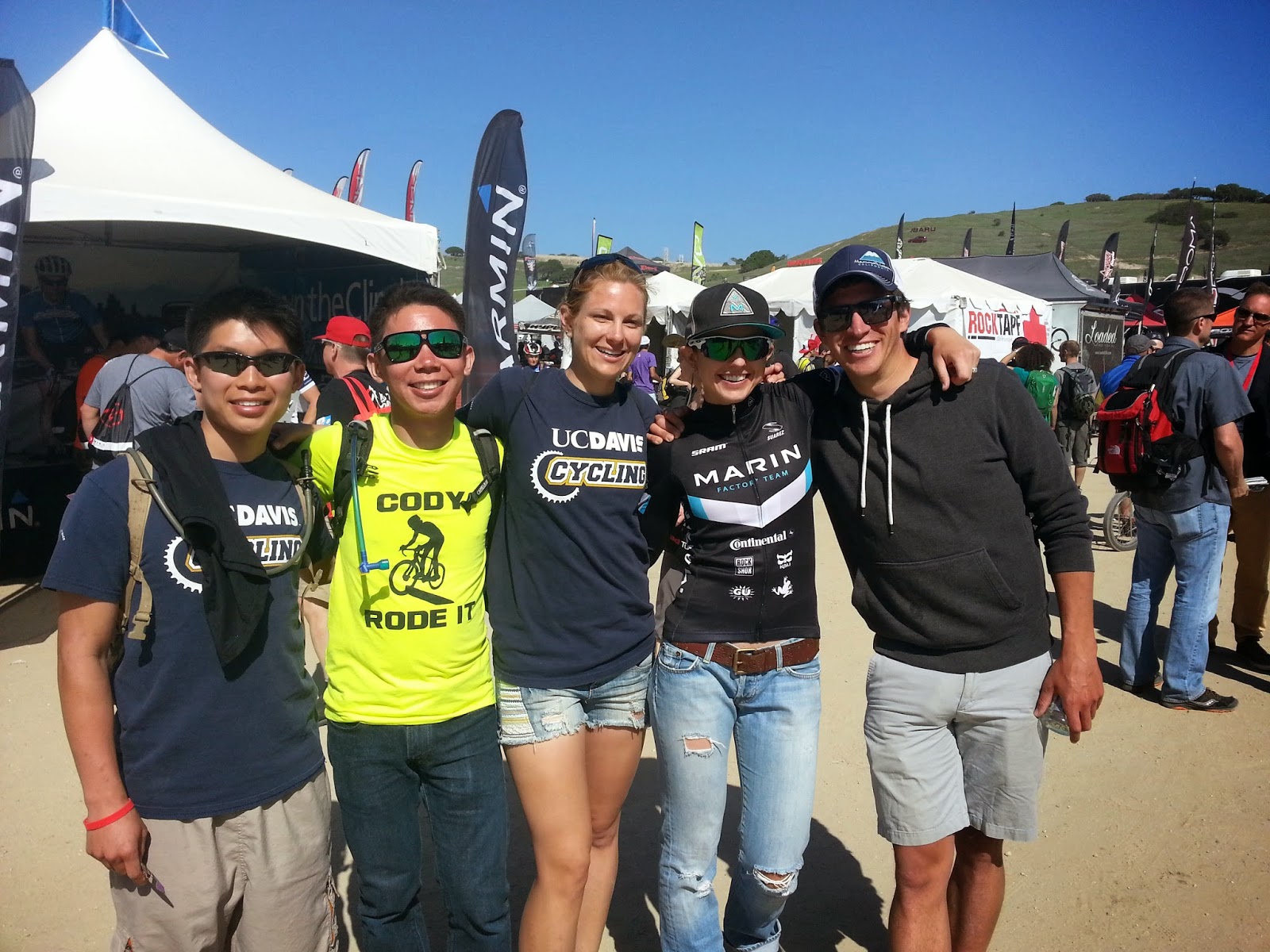 Mini UCD reunion, plus I saw a few more alums later that day. I love my old team mates, these guys were the most fun to race with and cheer on in college! 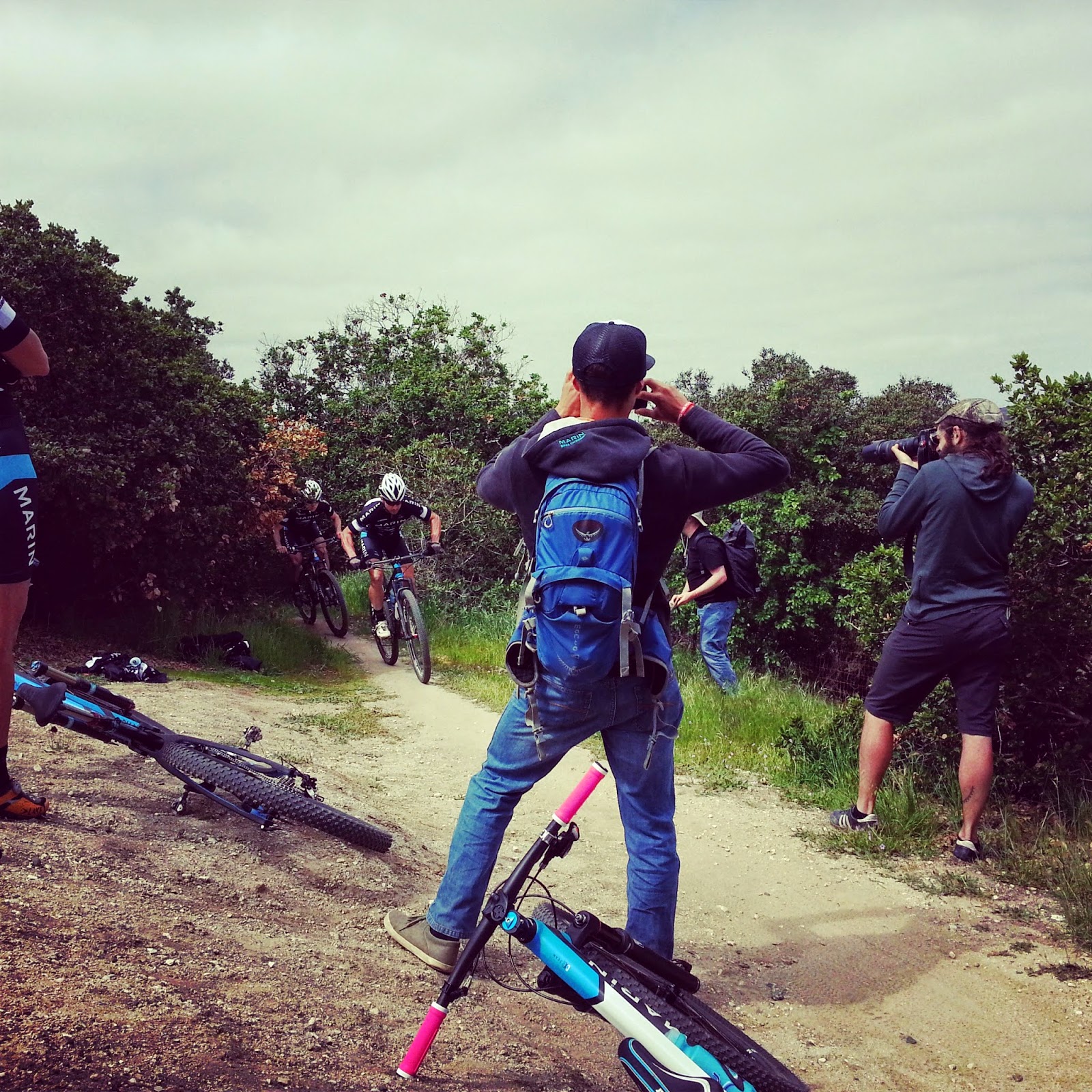 We had a little photo shoot on Sunday, which was pretty fun for us athletes. The poor photographers probably thought we were crazy though. 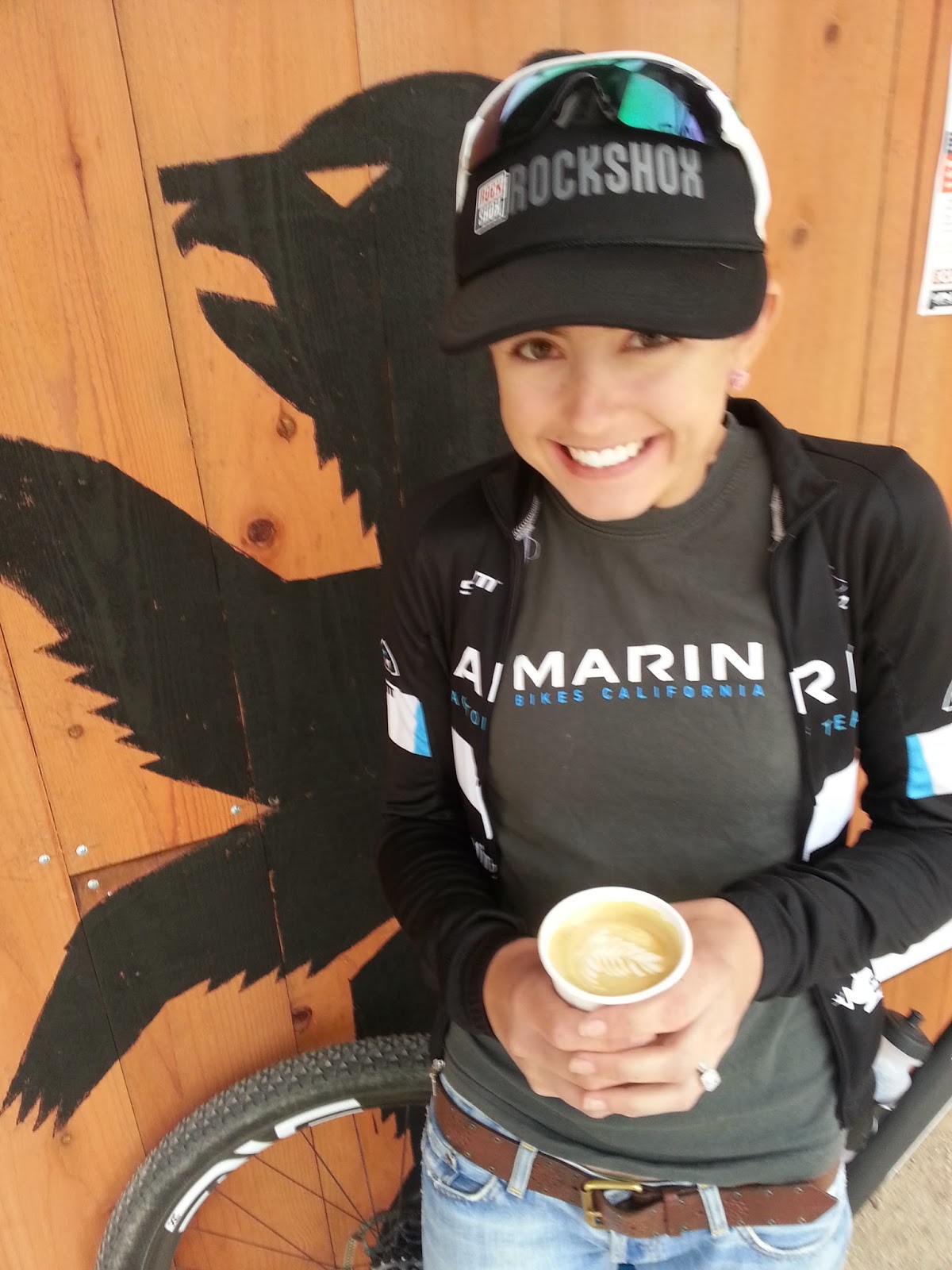 One of the best things about Sea Otter is all the free stuff :) I had the most amazing espresso on Sunday morning thanks to Kitsbow. 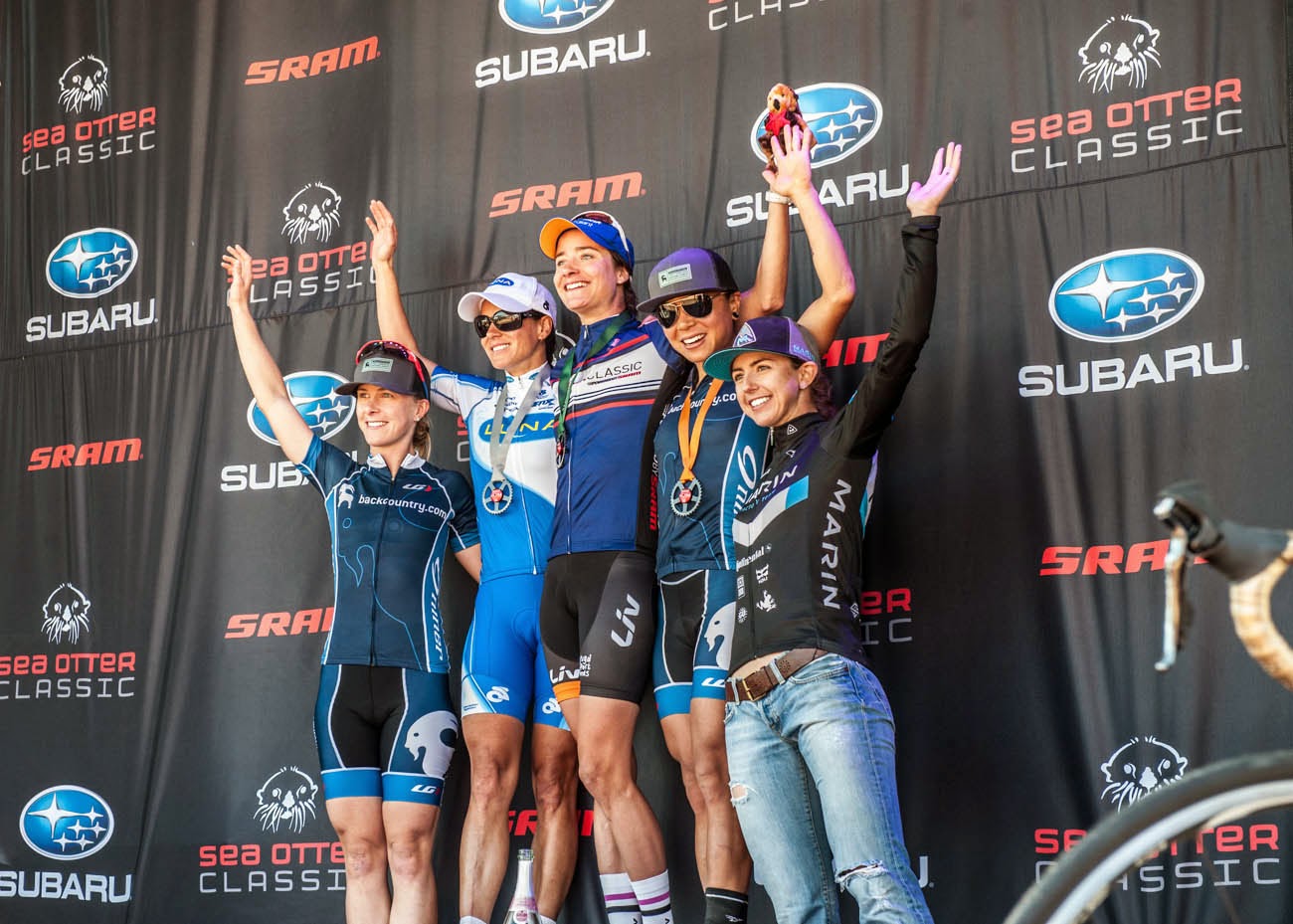 And one more podium shot for old times sake. I know I shouldn't be posting this evidence that I am such an amature that I wore jeans on the podium, but what the heck. Lets hope I have an opportunity in the future to apply all the rules of the podium I learned after making this colossal mistake!

I've been missing Sea Otter already, but I am also enjoying every minute of Spring Break! Hope you have time to ride bikes this weekend! (Sorry Carl, I know that's mean. One day...)