What a crazy, fun, horrible, awesome weekend! So much happened I feel like I need to write an entire post about the shenanigans later, but first, the good stuff, the race recap! 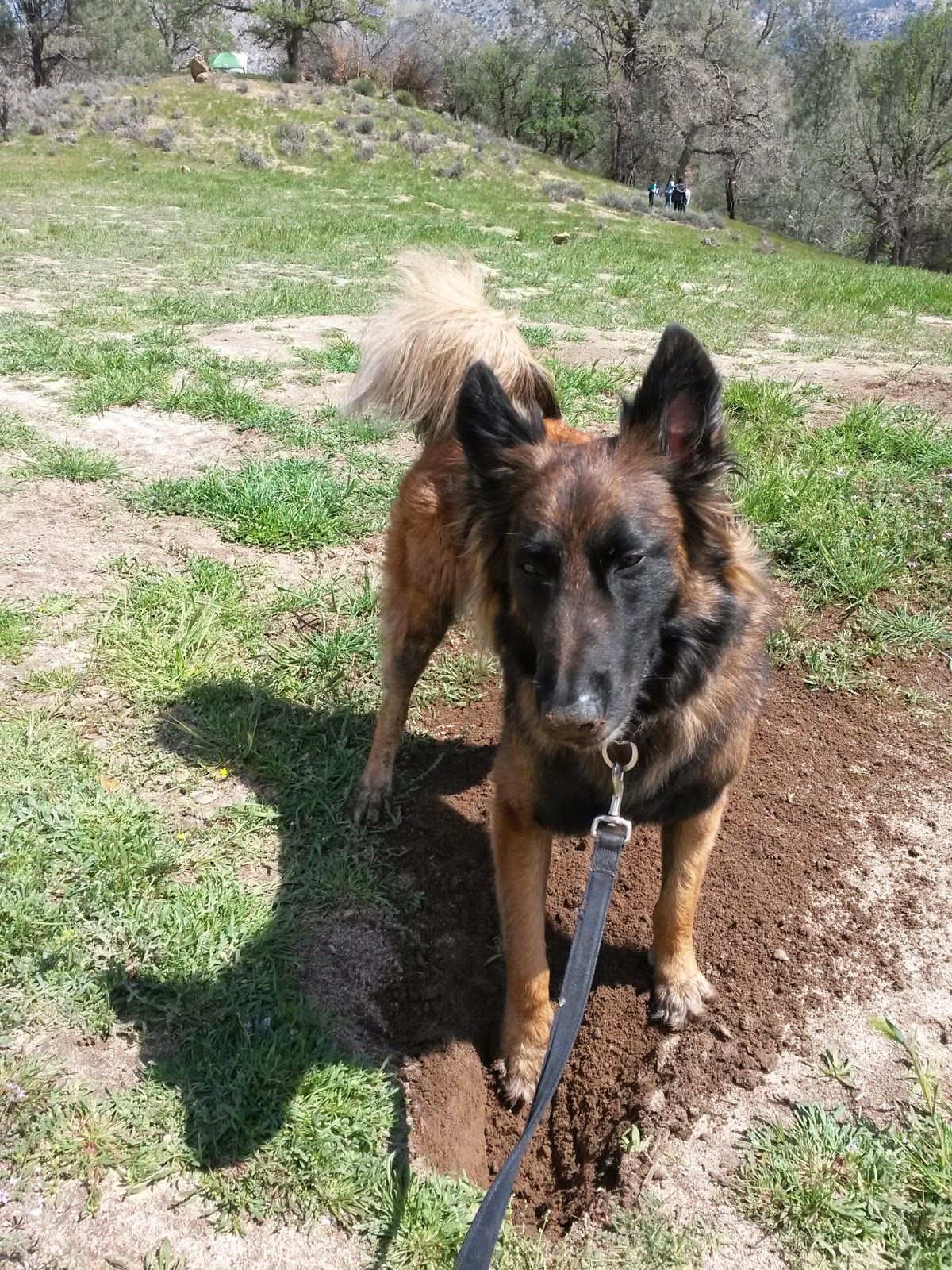 Like always, more pictures of the dog than me :)

The Keyesville Classic is a mountain bike stage race consisting of three races in one weekend. On Saturday  we raced a 30 min short track, and a 4ish minute downhill, and on Sunday there was a longer XC race. Points were assigned for each event, with DH being weighted the most, and a winner was crowned based on overall points. 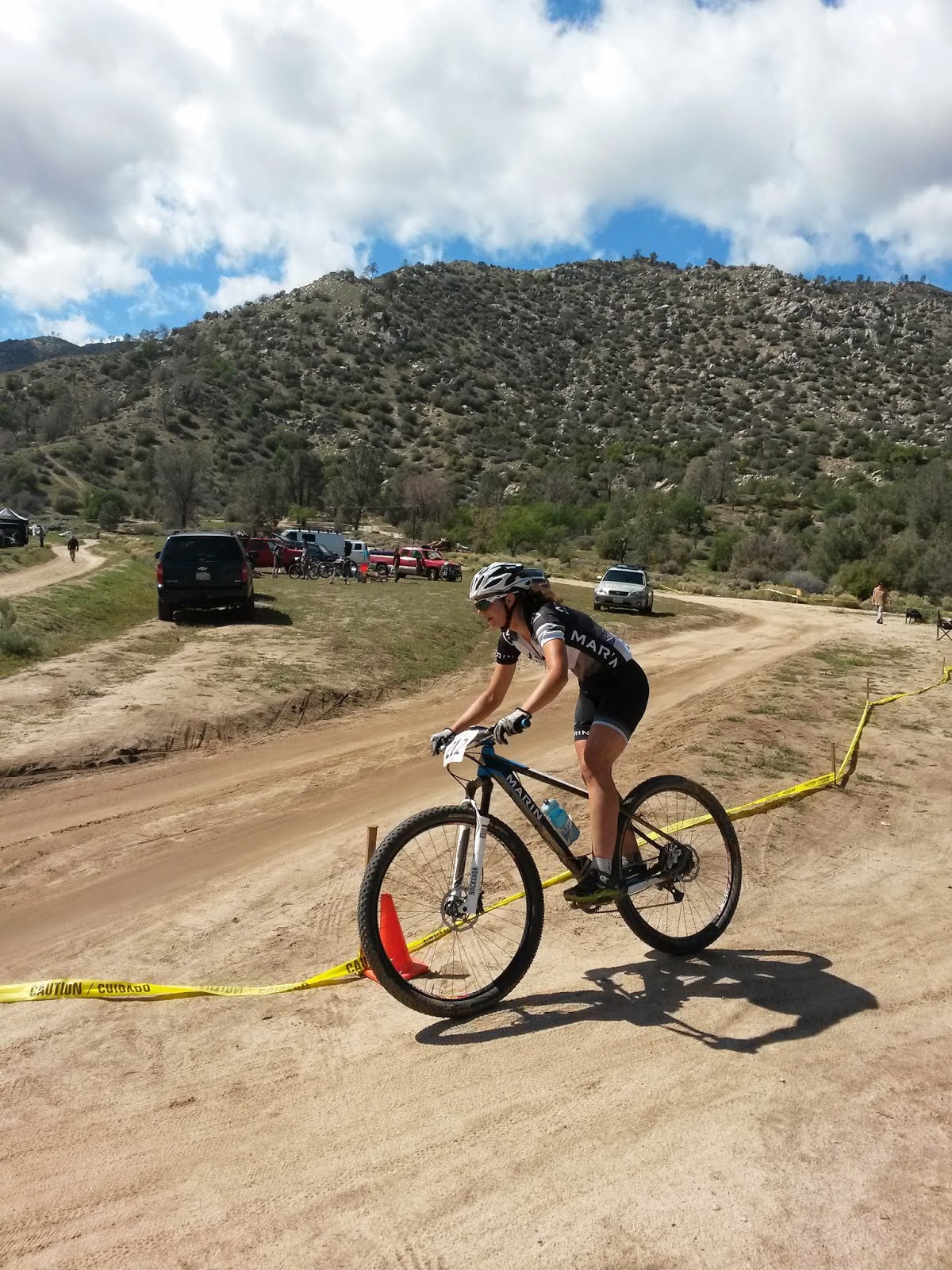 The short track course was a little over a mile long, and had tons of super steep little descents transitioning into super steep climbs. It was a roller coaster and you could fly through most of it without working too hard. On the back side of the course though there was a steep little jerk of a climb that made you work really hard and a nice flat sprint finish. There weren't many women, but Amanda, my main competition, and I went off the line fast and tore through the first four laps at a ridiculous pace. Then, as she started dropping back, I eased off as well, and finished solo for the win. A good start to a stage race for sure.

I was much more nervous about the downhill, which included a gnarly section nicknamed the 'snake pit'. My race run was very last so I had to wait at the top of the hill for 2 hours before go time, and as a result felt like I had a horrible run. I was dragging a foot through the first techy, sandy section, and I kinda forgot how to ride a bike. I never saw results, but was convinced all evening that I had not won. Because of the points system, this meant that even if I won XC, there would be a tie and a sprint off would determine the winner.

Sunday's XC was the icing on the cake for the weekend. The course had tons of power climbs, fun roller coaster sections and a wicked fast descent on the back side that made me want to cry out of fear from going so fast. We started with the Pro men, and again Amanda set a fast pace from the start, so I had no choice but to ride hard. The first climb was a blast because I spent the whole time passing men (my favorite :), but then got stuck behind two slow guys and had to wait patiently until fire road to pass them. From there I slowly increased the gap I had on second place for the first 2 of the 8 mile laps, and then sat in to save my legs in case of a sprint off on the third. 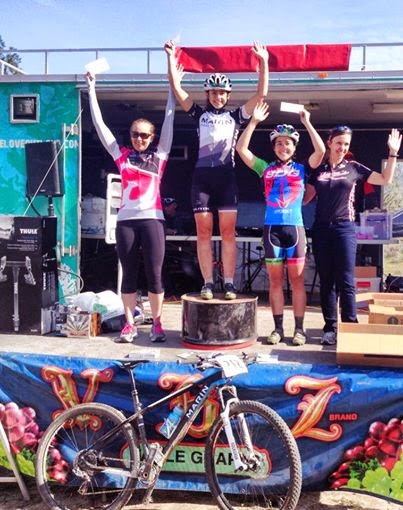 Long story short, there was no sprint off because I apparently won all three events, and as a result won the overall! It was a great weekend because the whole Marin crew was on site, Gravy turned and cleaned my bike on Sunday, and I got to race "with" and cheer for my team mates (who kicked butt!). It was also nice to take a break from being slaughtered by Olympians, and do a fun race with real trails! I'm so lucky to have support from so many great people (esp hubby) who make it possible for me to race every weekend like this!
Stay tuned this week for a play by play of the non-racing events that took place, and for a run down on the equipment that gets me through week after week of racing!