As you probably already know, last weekend was an exciting weekend for the Connors family. So exciting in fact that I needed a whole week to recover before recapping the non-race events here. 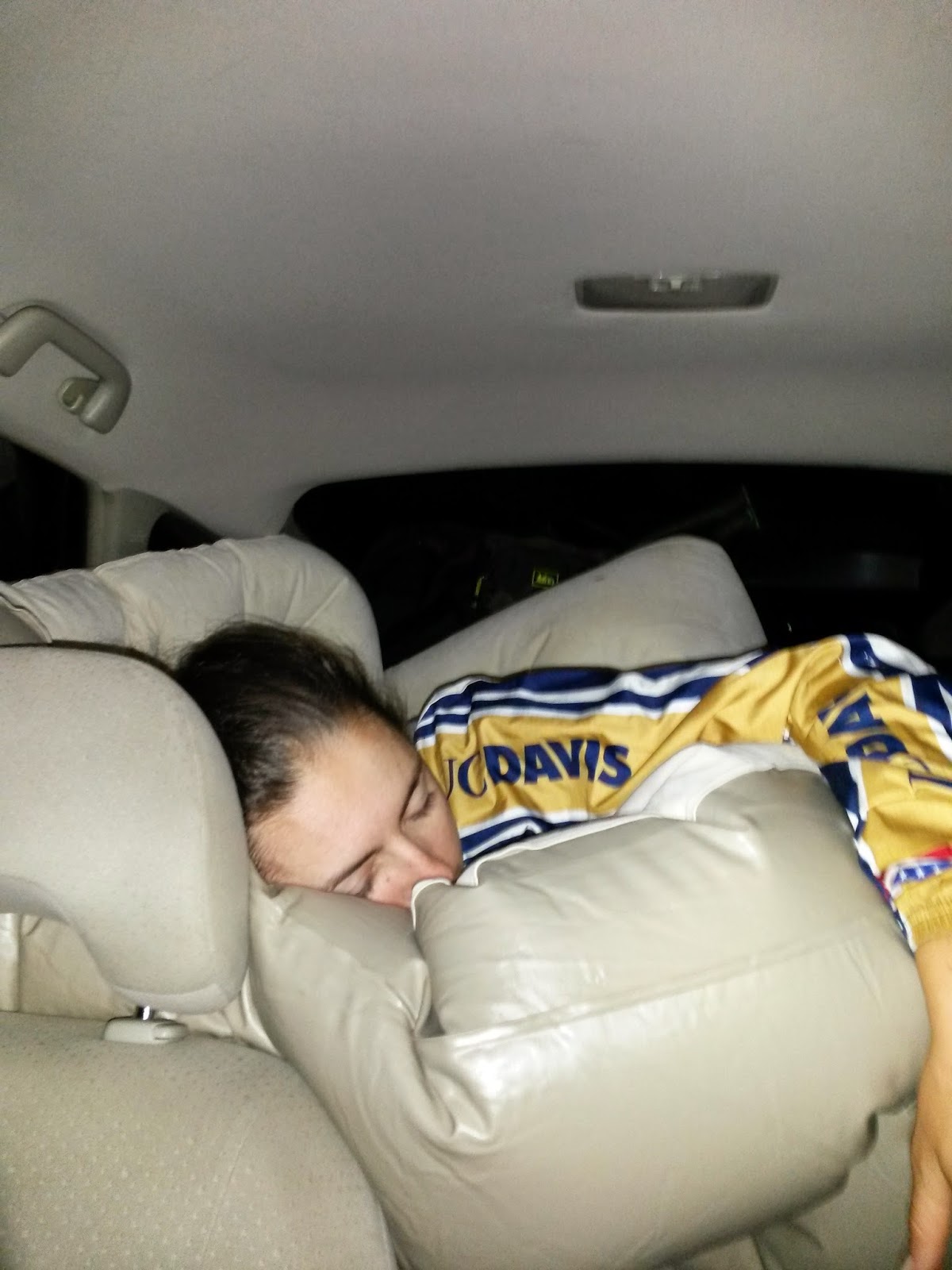 I don't even know where to begin, but with the drive to the Keyesville Mountain Bike Stage Race on Friday afternoon. We left around 4pm, and thought we would get to our camping spot mid evening, but we were very very wrong! About 10 miles from our destination, a traffic incident caused the narrow two lane canyon road we were traveling on to be stopped completely. After about 30 minutes of sitting in the car watching one fire truck after another go by, I got out to "stretch my legs" (aka. be nosy about what was going on up the road). Well it turns out a woman in the passenger seat of a car headed down the canyon jumped out of the moving car and fell 200 ft to the rocks in the river below. A helicopter had to come air lift her body from the river. This marks event one of the weekend in which we failed to get any good pictures. Watching the helicopter rescue in a narrow canyon was RAD and a half, but I do hope the poor woman is ok. We think maybe the driver was farting the whole trip and she just had enough, and bailed.  While we waited the remaining hours I filled the air mattress in the car and tried to take a nap ^^.

Well we rolled into the camp grounds around 12:30am (the night before a race!) and set up tent, only to be woken up at 1:30am by crazy drunk white trash campers near by in a screaming match and fist fight. So we literally packed the car up and moved to a new camping location. Didn't really sleep till 2am.

Then I raced a bunch while Brendan took a million pictures of Davey! 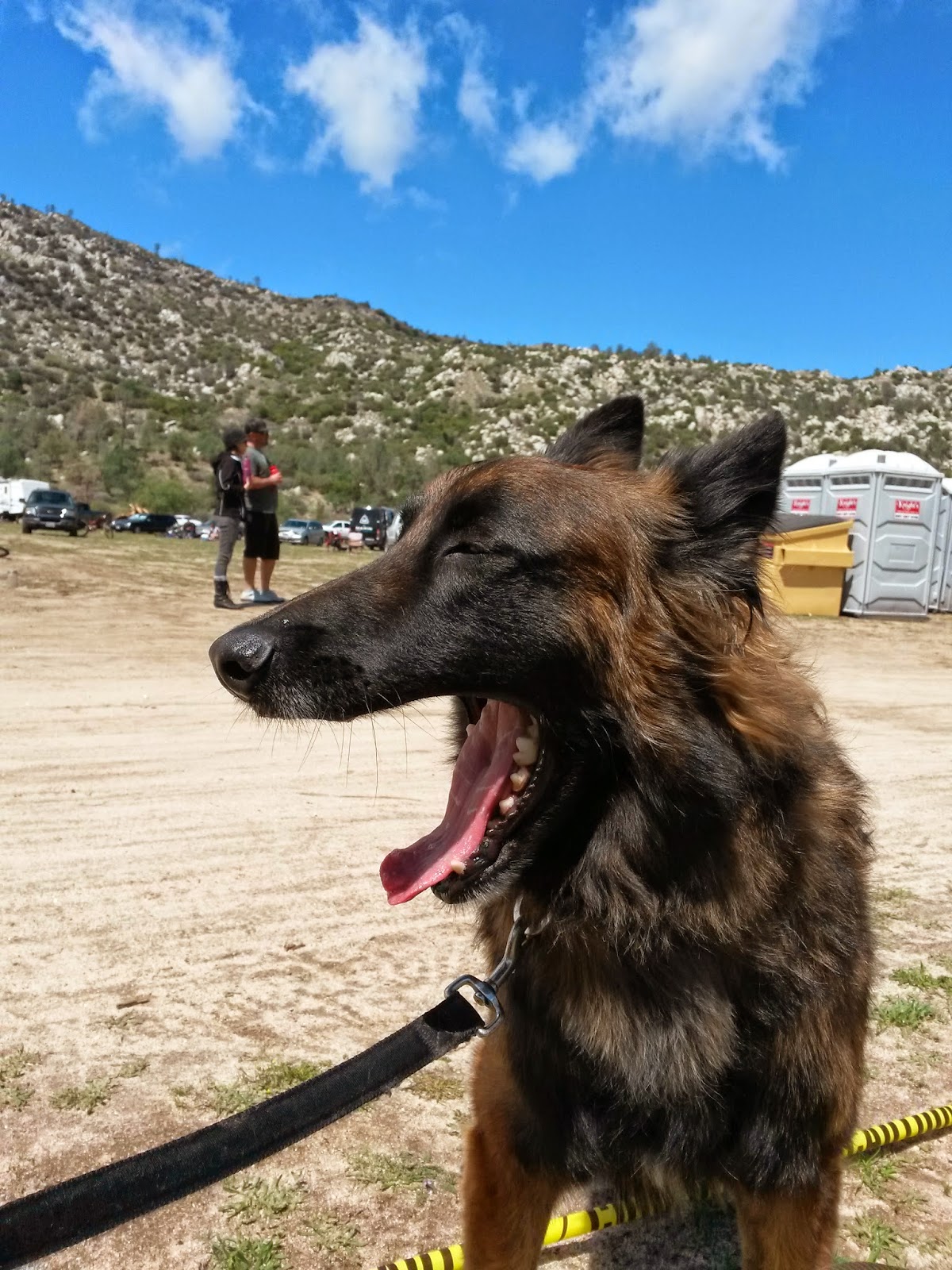 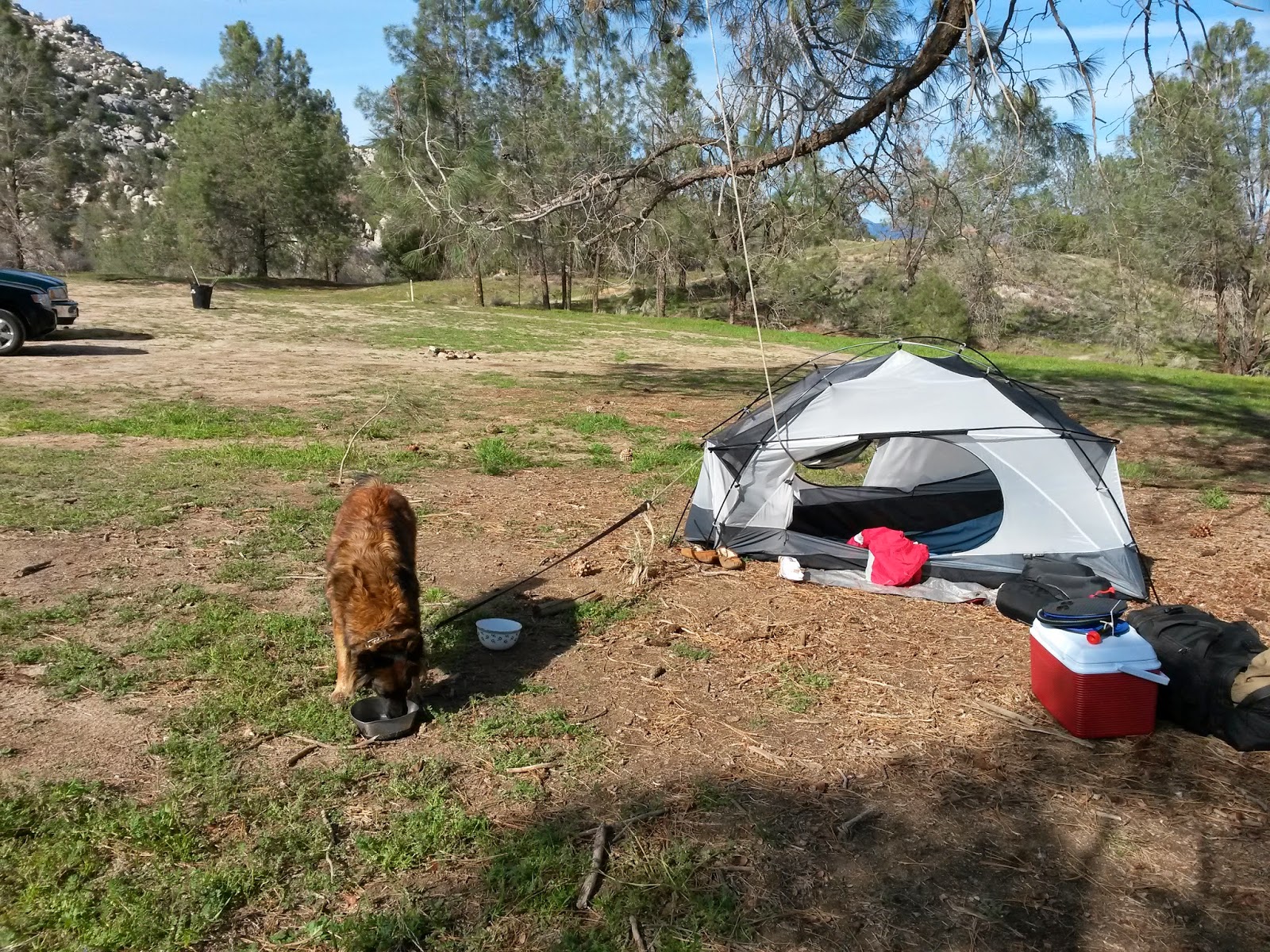 Then Sat night there was an EPIC rain storm. Thankfully our Nemo tent was very waterproof. The wind was super strong and it rained like crazy which scared Davey to death. I basically got no sleep Sat night as a result. On Sunday morning it was still raining when the juniors had to start their xc race, but we stayed in the tent until the rain stopped. It was the coziest, happiest lazy morning (so grateful for our 12:30pm start time!)

After my xc race I was supposed to ride for another hour or so, and I def almost got charged by a lady cow with horns who I had ridden up to while she was nursing her baby. Again, no pictures. The scenery around the race course and venue were out of control pretty. I have no pictures to prove it, but it was. 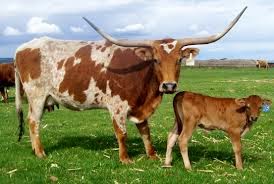 I had no idea lady cows could have horns, so I found this picture on the internet to show you that, yes, lady cows can have horns!

Well, then we had the most beautiful drive home that involved stopping for salads and milkshakes (gotta send the bad down with a little good). The following are the only pictures I captured with my celly the whole weekend! Maybe now you will believe me that Keyesville was so beautiful. 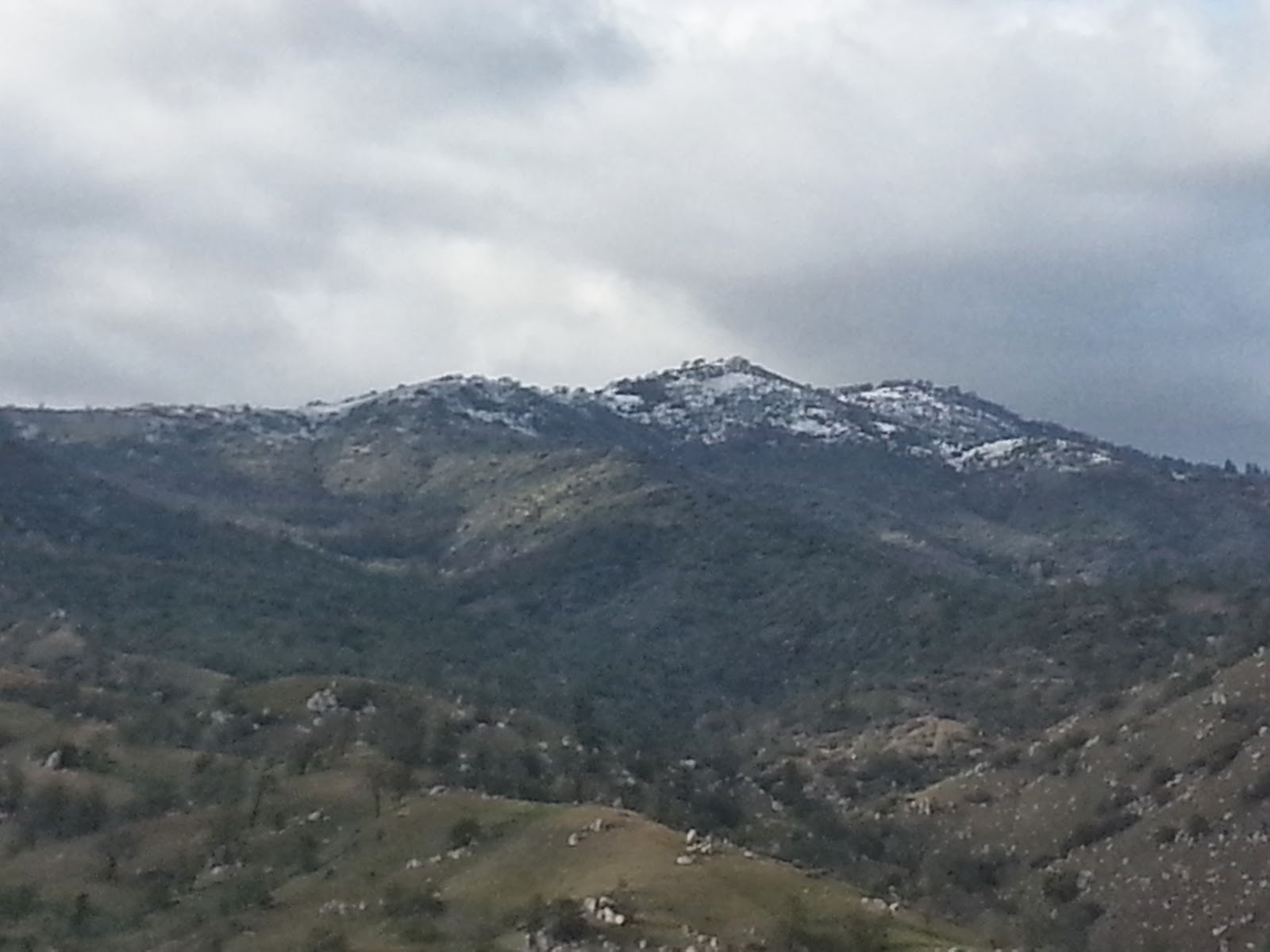 It snowed up on the mountains over night when it was raining on us. Thank God it did not snow on us! We would have frozen to death!! 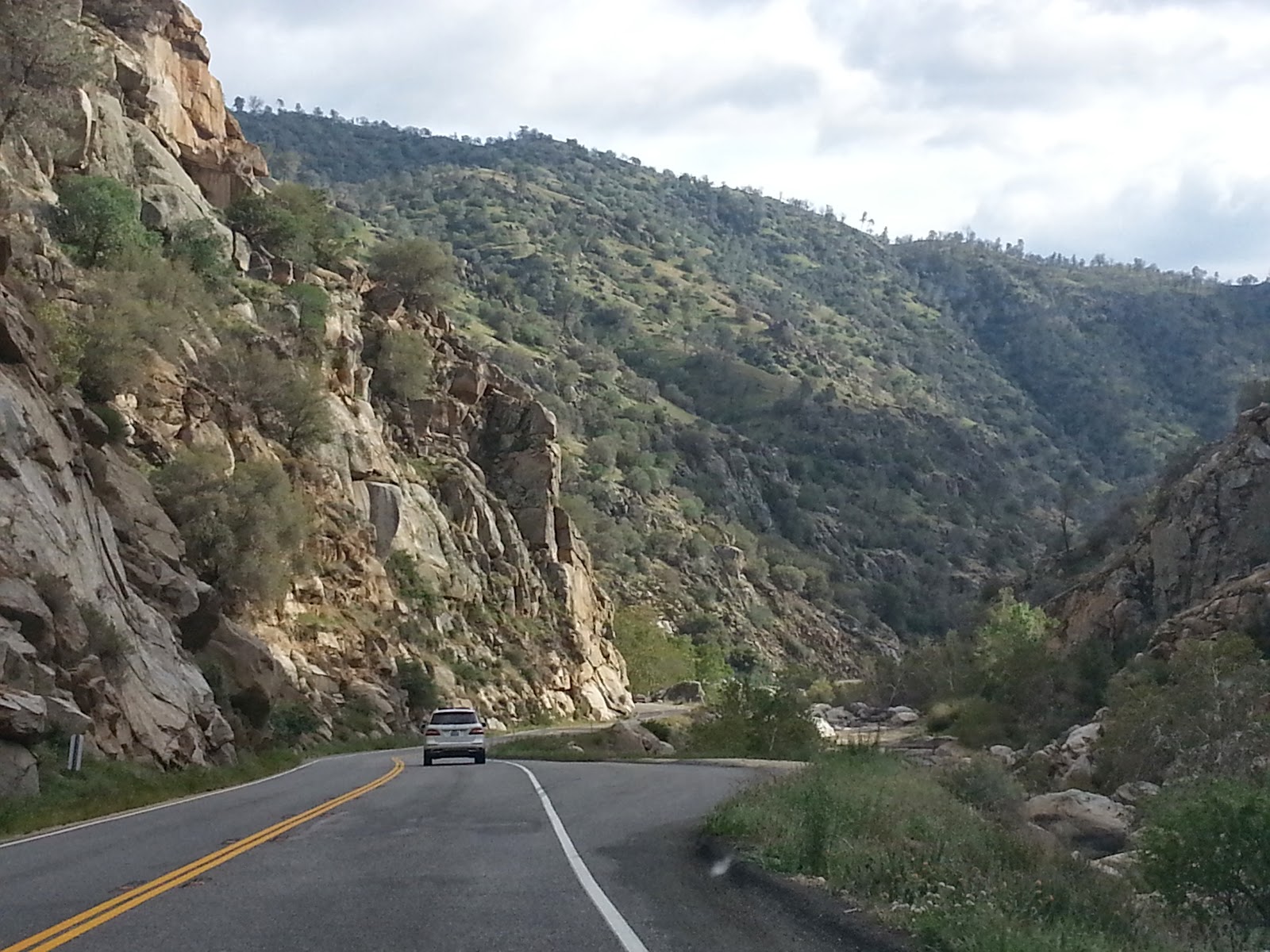 There was some rad geology and a great river to the right of the road.

Well, I'm sure at this point I left out some of the excitment, but we are headed into another weekend of adventure, so I will spare you the boring details about how many times I used the port-a-potty while camping and how we didn't shower once for 3 days (ewww). Here's hoping this weekend is as exciting and victorious as last!