The XCT mountain bike season has started off with a heaping serving of Yee-haw and a side of bacon baked beans! This past weekend I was out in Dripping Springs Texas for race #1, the MJC, a seriously technical, kick ass race through chunky, loose rocks and under beautiful oak trees. 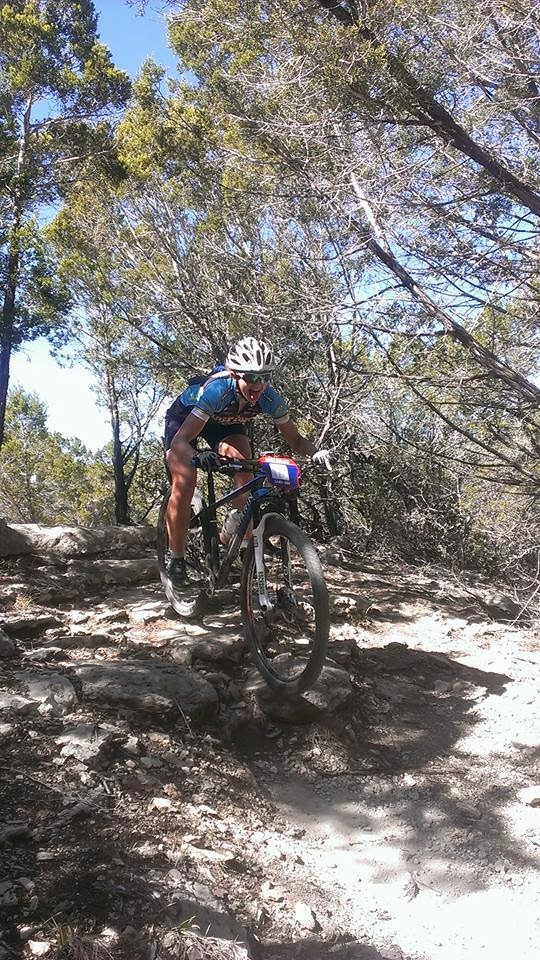 I learned a lot out in the Texas sun, including the fact that I ALWAYS stick my tongue out when shredding the gnar. 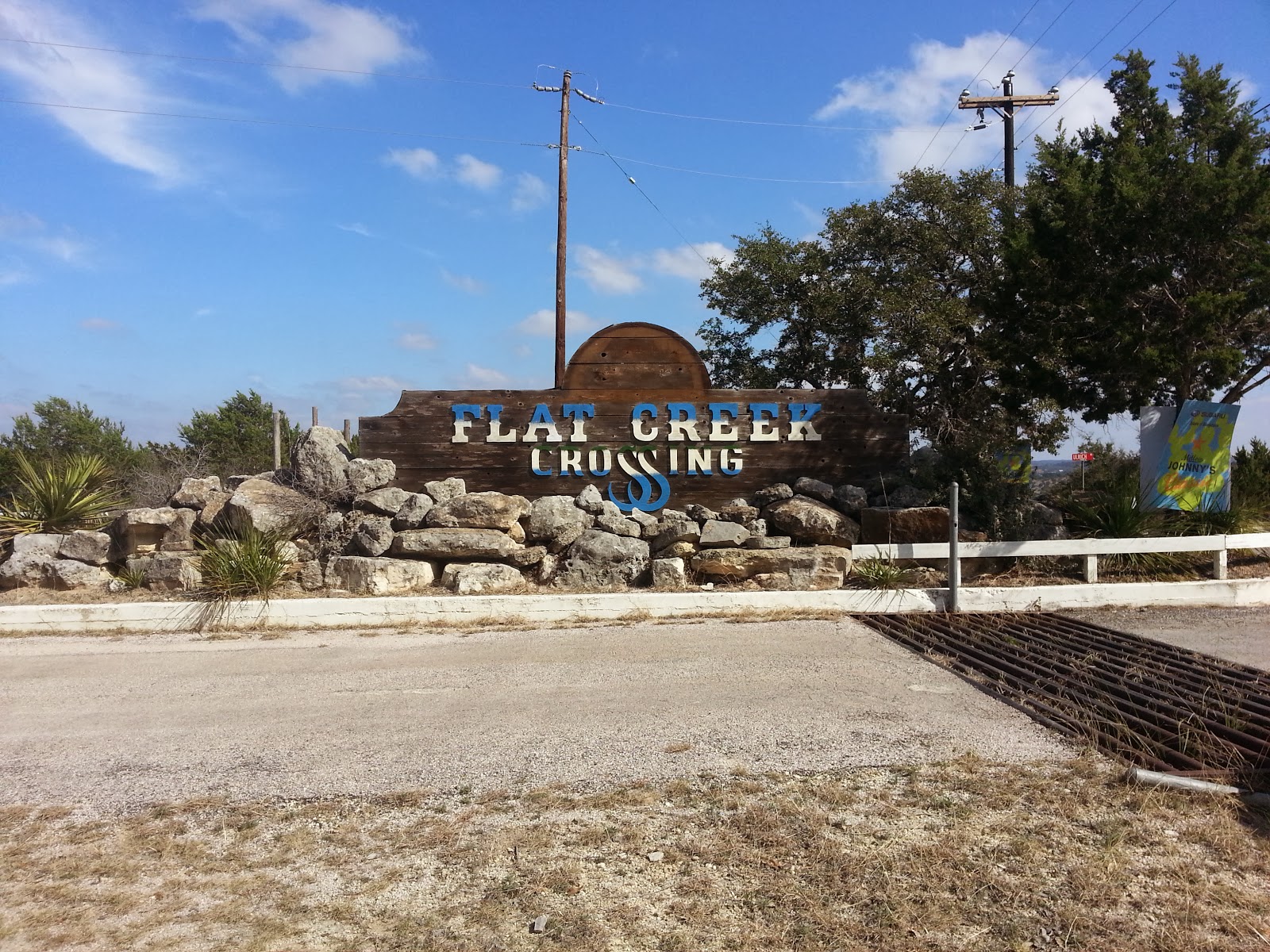 The race took place at this awesome ranch, which we hit up on Friday afternoon for a little pre-ride fun.

After a long phone convo with my @CTSathlete coach Matt at the airport on Thurs., I was super prepared and knew just what to do for the pre-ride and race. I was a little shocked at how techy the course was, which planted a few seeds of doubt in my mind on Friday night. I decided to enjoy the mayhem of the race though, instead of obsessing over the idea of wanting a full suspension bike. This mindset worked wonders on the start line, and I was able to focus and keep the nerves under control. 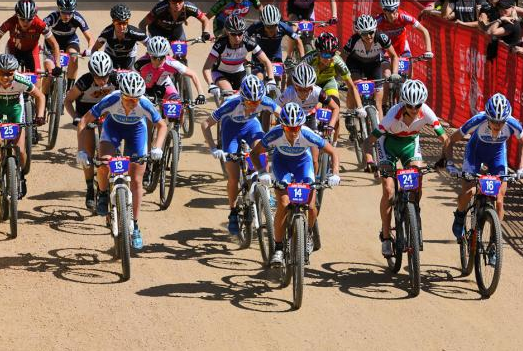 Not as many women as I expected, but there were some crazy fast ladies in this field!

The race started out with the full Luna team on the line, and a big old crash about a quarter mile into the race. I was fortunate enough to narrowly avoid the crash, and charged up the little climb after the insanely fast leaders. From that point on, it was an exercise in riding the loose trails as fast as possible without wiping out, a fine line for me :) When I settled in and found my rhythm, I was in a small group of women, whom I could tell were suffering on the climbs and from the heat. Did I mention it was hot, as in, Southern California hot? So I patiently waited for the climb and attacked it each lap, slowly moving up in position until I was in the top 10. 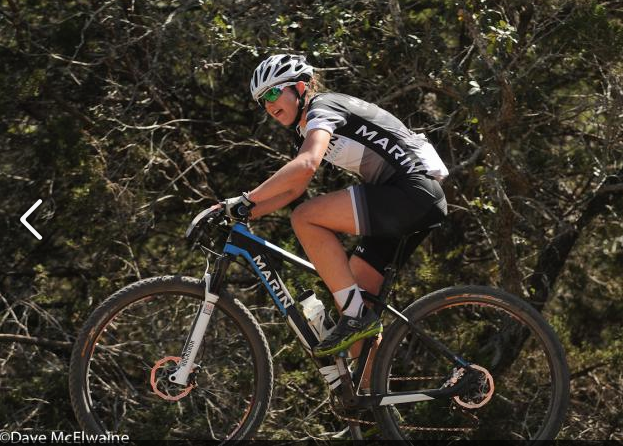 Swear on my life I was smiling the whole race, but somehow this photo is the one on the internets!

The spectators were awesome, especially the cheering section on each technical obstetrical. I was able to start putting some time into the women I had passed, and my technique of focusing on attacking the climbs seemed to work, because, even thought I was passed by the Mexican National Champion, I was able to maintain my top 10 position! 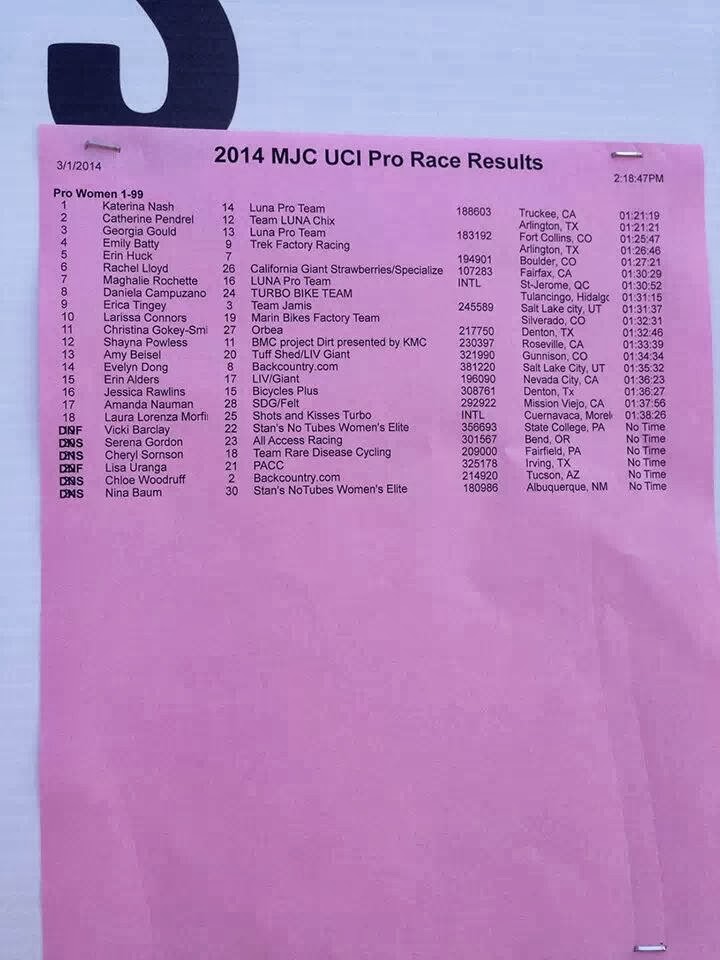 I was stoked with this result! Plus I had a blast racing, so I call that a win win day.

There's a short two weeks to go until the next XCT, and I have a lot of work to do to get ready for it. I am super excited the season is under way though, bike racing is just the best!

You all know I couldn't have started the season out so smoothly without the help, support and encouragement of some super rad folks. I especially want to thank ContinentalMTB for setting me up with sick rubber and sealant that held up under some seriously sharp and gnarly conditions, Marin Bikes for making such a kick ass hardtail, and SRAM MTB, because that X11 is smooth like butter, and I want to race on nothing else for the rest of my life!