Another rad weekend of bikes and house work! But this time there was a healthy does of good girlfriends, delish dinner and hot tub time! 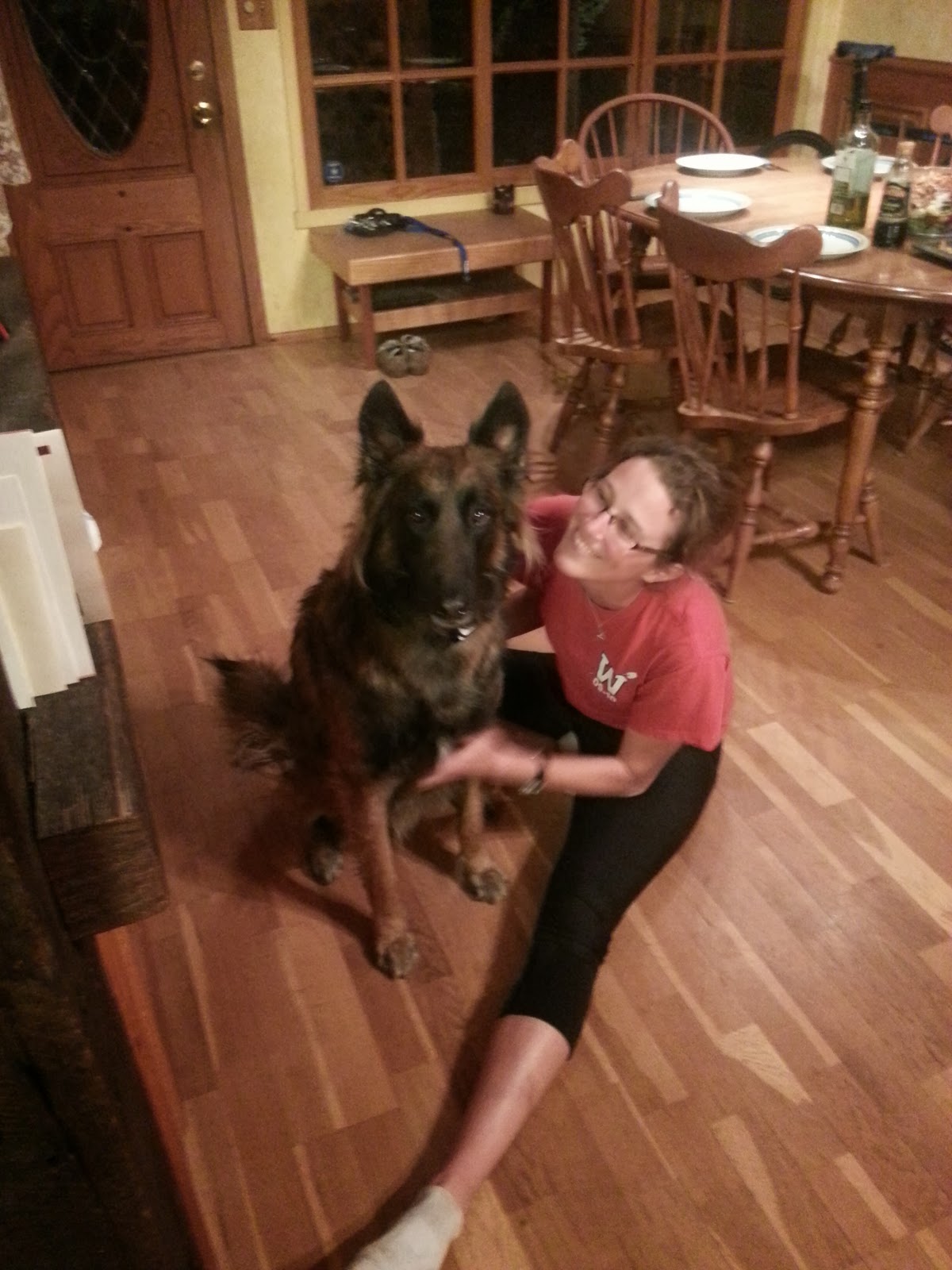 Davey even got an extra dose of love! I think he likes Meryl more than me as well!

Friday evening Figgie (AKA Diya) arrived in all her glory with amazing home made Indian food in tow. We devoured every last bite of the lamb and Daal before pictures could even be considered. It was just like College when she would come back from break with tupperware full of Saag smuggled from her mother's freezer.
To celebrate Figgie's visit the next morning we ate eggs from our chickens for the first time in... I couldn't tell you how long, I can't think back that far. 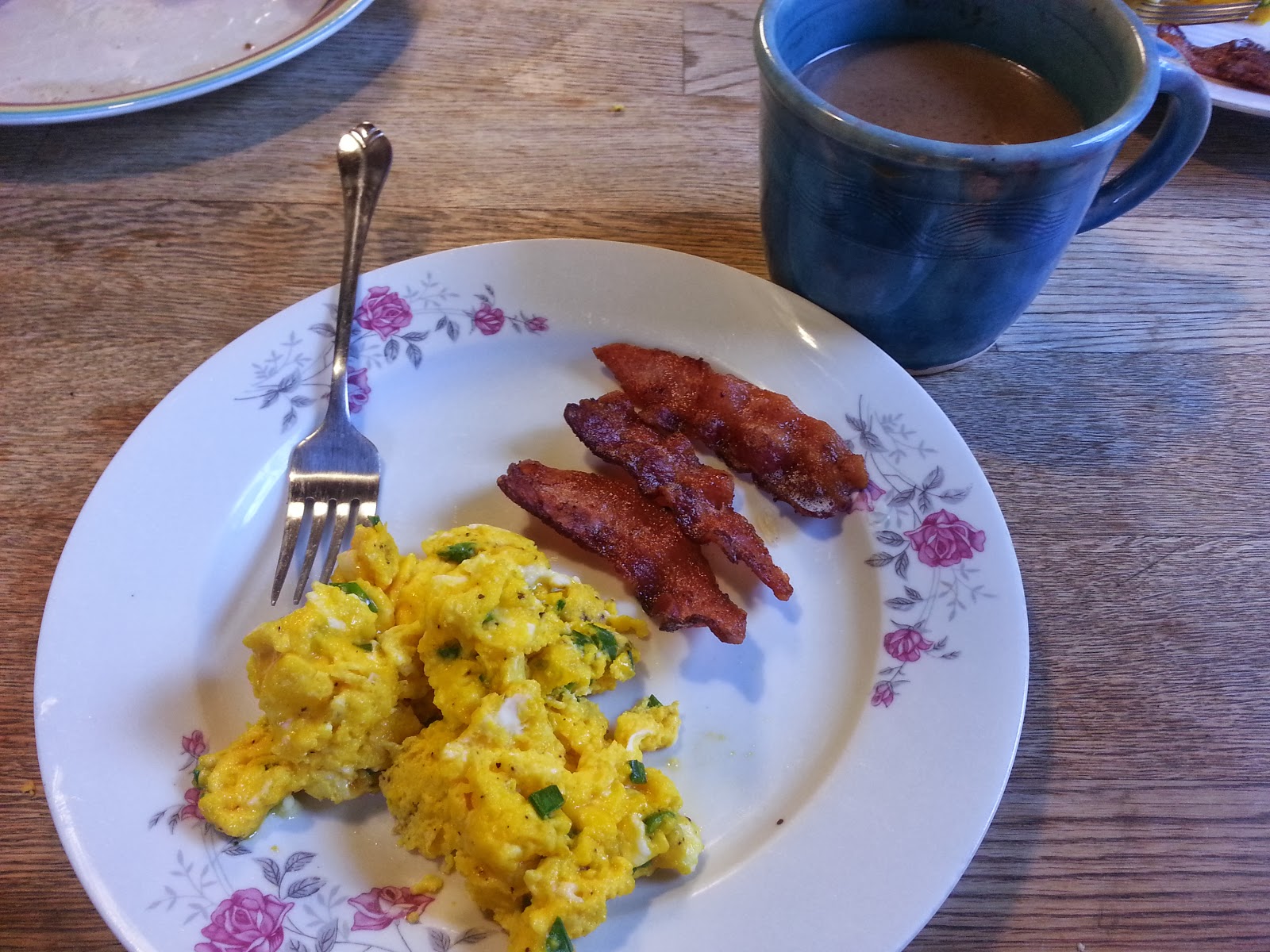 Then we did some bike building, because the real reason for Diya's visit was to pick up a new mountain bike we scored for her! 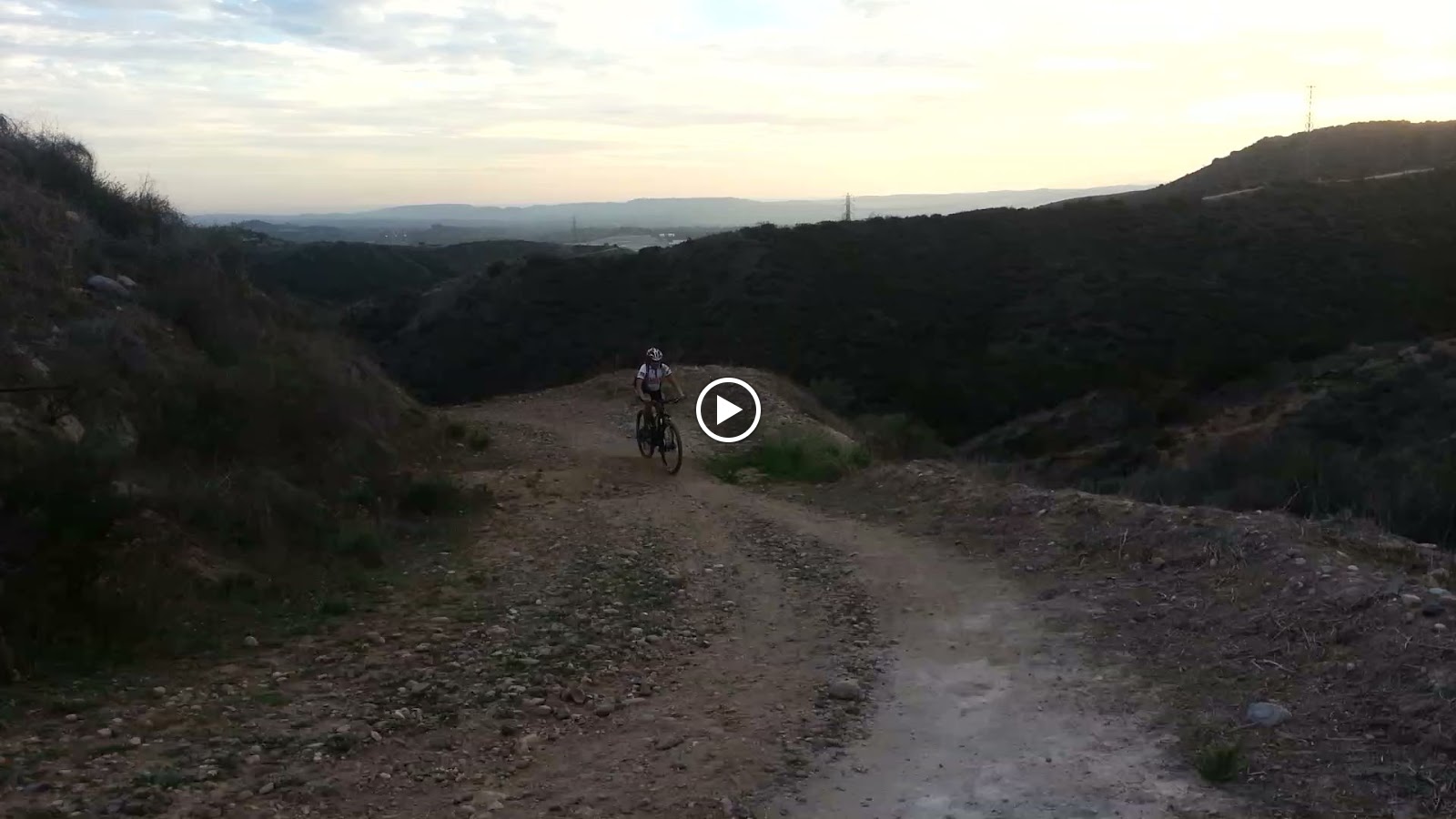 Figgie kicking booty on a climb in Whiting Ranch. I may have lied a few times about how many climbs there were.

Next we took off in separate directions to ride bikes. I had some work to do, so I rode up Maple Springs, rocked some intervals and nearly killed about a dozen hikers descending Holy Jim. They I hurried over to Whiting to end the ride the girls were on, which was a blast and a half!
A few hours later and we were all cooking in our tiny kitchen. 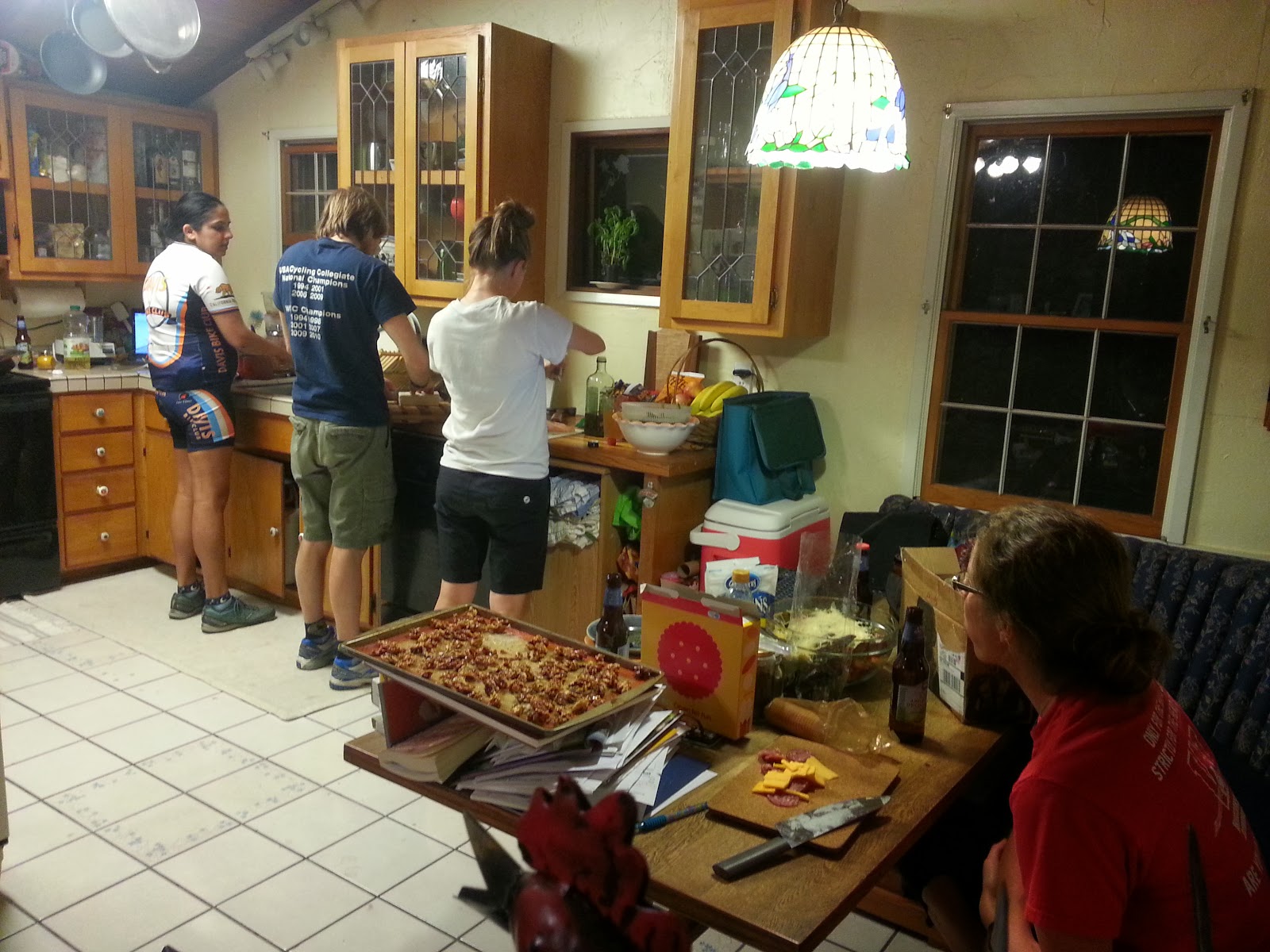 I think Brendan likes having 4 women cook for him over just one! Figgie made us Saag Panneer (which I am still eating as leftovers!), Allie made amazing chicken, and Meryl and I threw together a salad. 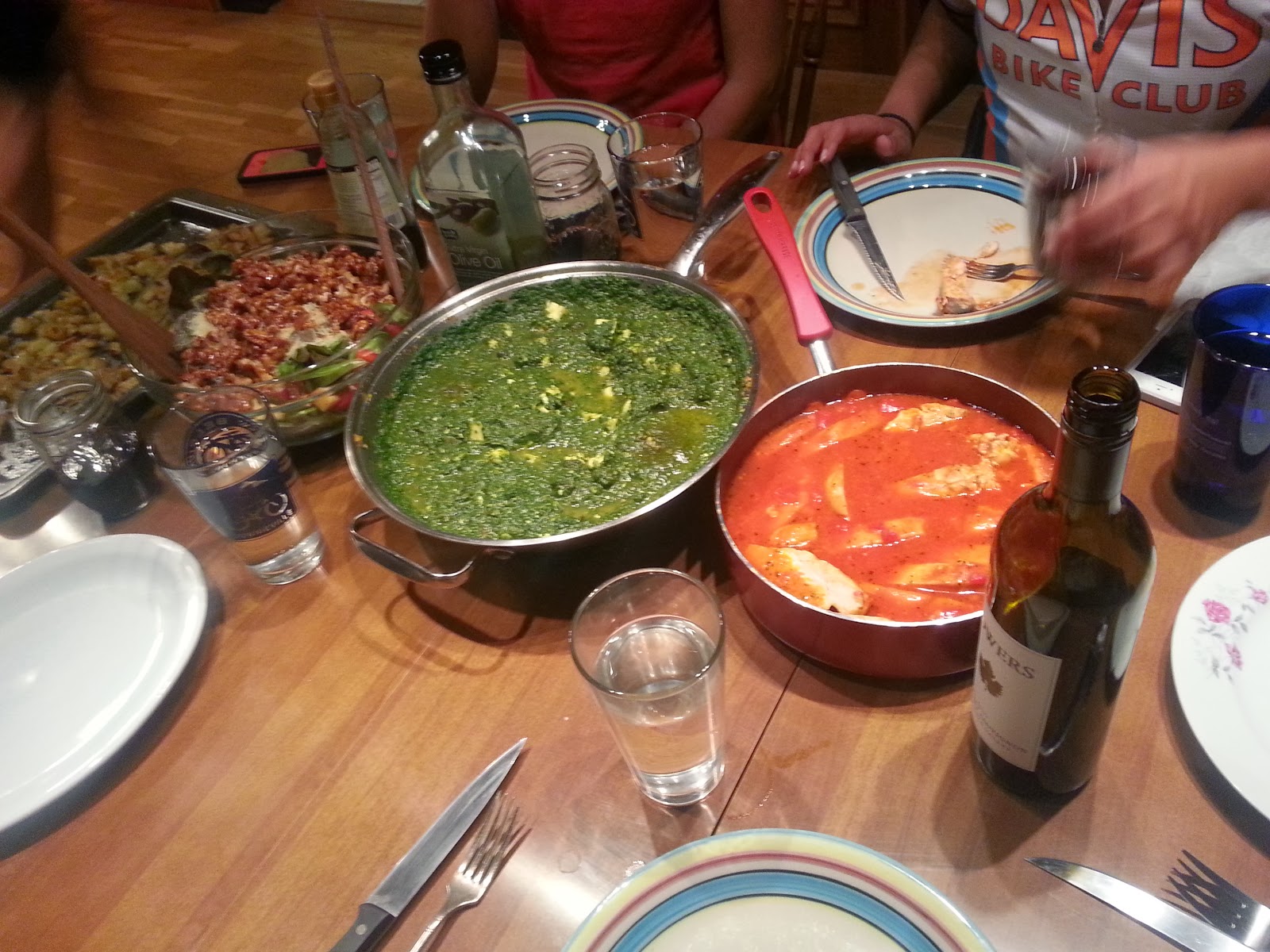 Stuffing ourselves silly and laughing hysterically at terrible puns and college memories was followed by some steamy hot tub time, and then 5 very tired kids. We don't have the stamina for staying up like we used to :)

Sunday was spent riding bikes with Carl, and starting a new house project. The bike ride was awesome (SJT to Pinos in 3 hours, Bam!), and the house project is exciting, but I will save that for another time. In closing, here is a picture of Carl spending 20 minutes fixing a flat.

The f-word was said more than 20 times :) Needless to say, I don't think Carl likes changing flats when Stan's is involved!