Went back to Fontana today for some more KMC winter series fun. This time I was flying solo as Brendan wanted to stay home and help the electrician get more electricity in our house (At least that's what I heard when he explained the procedure to me! It's like he was speaking French or something). 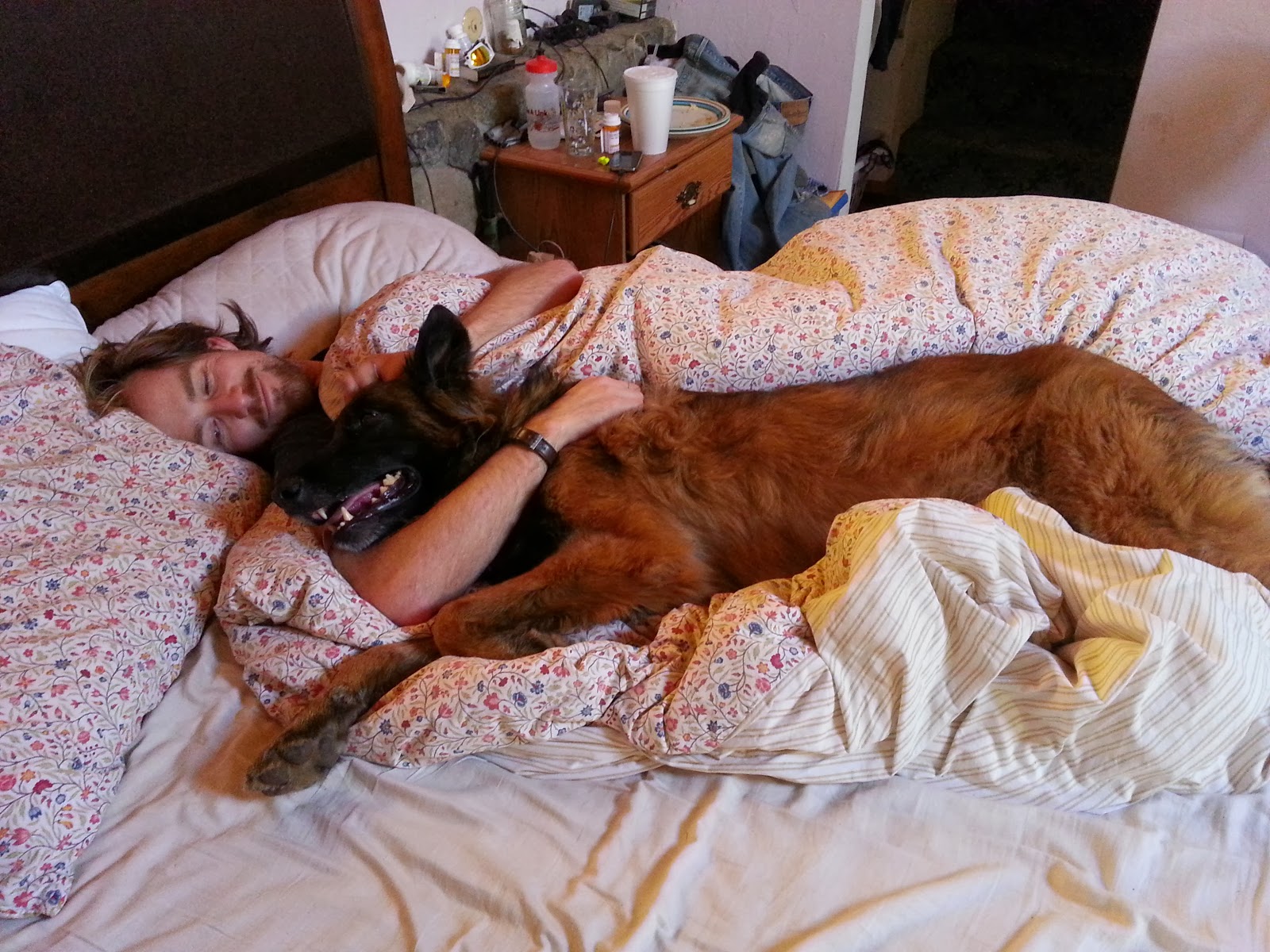 I did come home to this again though. Seriously.

The other difference between this race and the one two weeks ago was the sweet, tacky dirt! I guess the .25 inches of rain we got this week was the perfect amount, because boy was it hero-rific! There were four women in my race this time too, so a little more competition than last time.
I promptly made a fool out of myself by crashing myself out on the starting line during staging! Super embarrassing, but humbling too I guess :) Then we were off. I was out front from the start and never really saw any of the other women, but I did get passed by a teenage boy, chased by a dog, and almost crashed out by a DHer on the course. It was pretty exciting to say the least. Lap 1 was the fastest, then I settled in to a comfortable hard pace, and had fun rocking the downhills (remember I had no suspension last time).
Highlights of the race include launching the CXR off a few water bars and rubbing my butt on the rear tire mid air, being surprised once again at how awesome 29" wheels are and how capable Harriet is, and also winning. 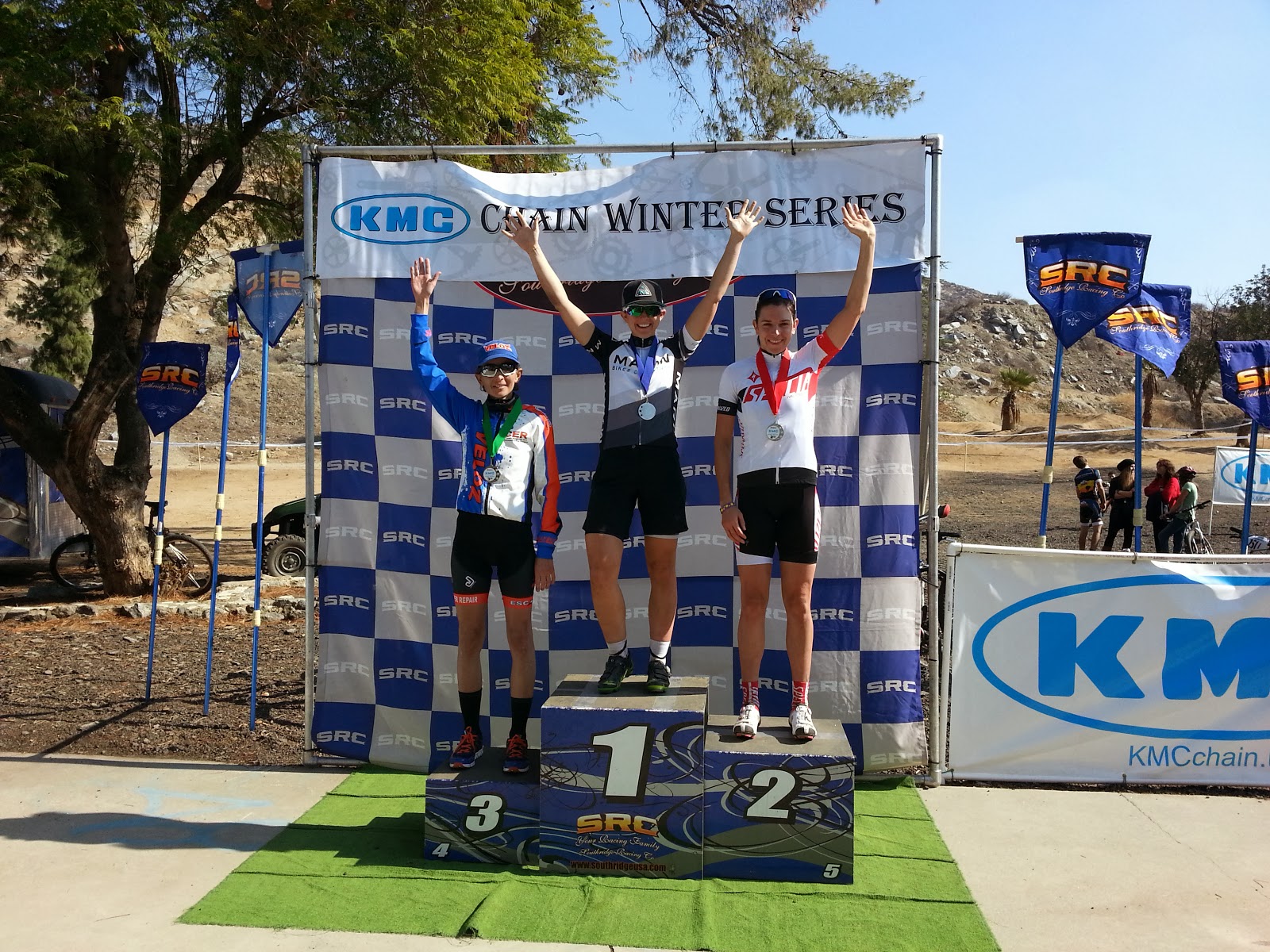 A little more rounded out podium. 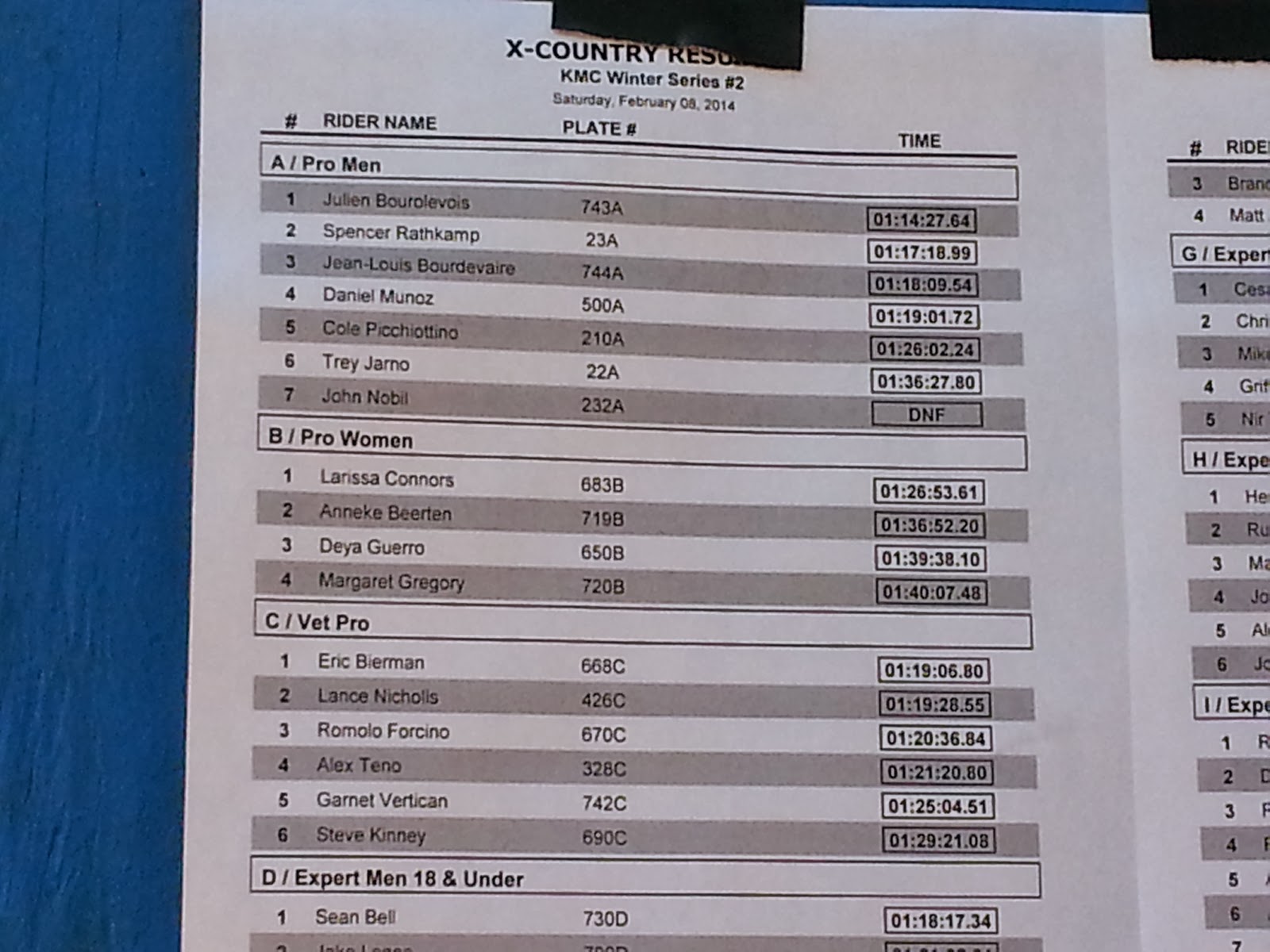 Proof that there were four of us.

Well, that about sums it up. Next on the calender is the real season opener in Dripping Springs Texas (still a few weeks away). I have a lot of work to do between now and March 1, and an exciting change on the horizon! But for now, off to do house work/clean the garage!